The key to enduring until the end! 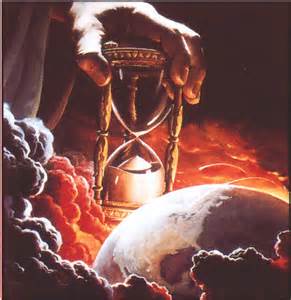 Ever since God scooped me out of the mud and ushered me into His Kingdom, I've had a great interest in End times.  I think a lot of people got inundated with Eschatology (End Times theology) when all the Left Behind books and movies came out, and then people started arguing about pre-trib, mid-trib, post-trib, pre-millennial, post-millennial, etc. etc.. All about the timing of end times events.  Basically we humans like to argue, don't we? Especially if we think we are right!  So, I think people got burned out on discussing these events, particularly when the year 2000 came and went and nothing happened.

But I'm still fascinated by the Bible prophecies!!  I think about them a lot. I read current events and compare them to what the Bible says will happen. I pray, I speculate, I hope, I dream! I'm so excited!!  And I'm not ashamed to be!  Jesus himself, along with all His disciples spoke often of the future and His second coming. It is also found throughout the Old Testament. Why would God let us know these things if He didn't want us to be excited about them???  To look forward to them?

Prophecy is what led me back to God. I had drifted so far from Him, I cant' really say I was even a Christian anymore. I had done some horrible, unspeakable things and had dug a pretty deep pit of steaming, stinking mud for myself. So there I sat amidst my sin and filth and I picked up my old Bible, searching for answers.  I made it to Ezekiel, wondering all the while why I was wasting my time? I mean there are tons of cool stories, but come on.. what does this have to do with me?

Then I hit Ezekiel 22 or so and I started reading about how God was going to scatter the Jewish people all through the world as a punishment for their sins.  Then I read Ezekiel 34 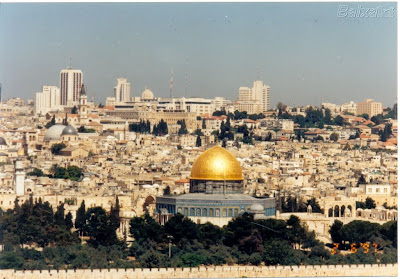 inhabited places of the country

Then in Ezekiel 37, we have the prophecy of the dry bones.. where God proclaims He will restore the nation of Israel.. then in 38  "I will take the children of Israel from among the nations to which they have gone and will gather them from every side and bring them into their own land"

As I sat and read these Scriptures, the news was on in the other room reporting on a the ongoing Palestinian war with Israel. Israel was very much in the news at that time (as it is now) and I knew that they had only become a nation again back in 1948. I also knew that no other nation in the history of mankind had ever been completely dispersed and scattered across the globe for thousands of years where they had become immersed in other cultures and languages and then had come back to their former land and became a country again.. maintaining thier original language and culture. AMAZING!!!  But there it was in Scripture prophesied by God thousands of years ago.

That's when I KNEW that God was real and that He was the God of the Bible. So, I got on my knees and gave my life to Him!  All that to say that we should not ignore prophecy.  God can use it to bring so many people to Him!!  Just because some people became fanatics and others like to argue doesn't mean we should never discuss what God has foretold!

So, I guess you could say I'm a prophecy nut. Do I focus all my energy on it and neglect the hard work of the Kingdom? NO. But does studying it and thinking about it give me hope to go on, hope to get through the hard times, hope to persevere until the end? YES   How else do you think the early Christians endured the tremendous persecution they suffered day in and day out?  They were fed to Lions, impaled, dipped in pitch and set on fire, and crucified. Yet Christianity blossomed!! How does that happen? How do people endure that?  It's because they had hope. They knew what was coming.

C.S. Lewis puts it best in the last paragraph of his Narnia series 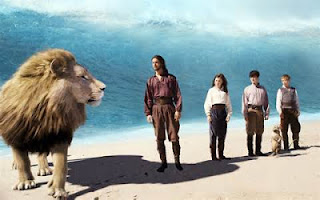 And for us, this is the end of all the stories, and we can most truly say that they all lived happily ever after. But for them it was only the beginning of the real story. All their life in this world and all their adventures in Narnia had only been the cover and the title page: now at last they were beginning Chapter One of the Great Story which no one on earth has read: which goes on forever, in which every chapter is better than the one before.