Do you know a House is being built just for you in Heaven??


In Jesus' day, when a prospective groom wanted to become engaged to a woman he went to her house with a cup of wine. Her father and her brothers (as witnesses) then negotiated the engagement with the groom. Usually this negotiation included the dowry, the groom's plan over the next year to prepare a home for her, the marriage ceremony details, and a contract was entered into as a result, breakable only by divorce.  (This wasn't like our present-day engagements which could be easily broken. This was a contract that was very difficult to get out of) 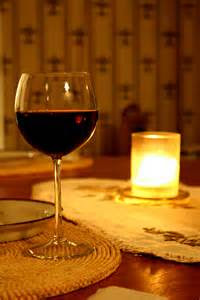 When all the details were set, the woman was called and the groom's cup of wine was placed before her as the groom said something similar to this:

"You believe in God, believe also in me. My father's house has many rooms, and I'm going to prepare a place for you, then I'll return and bring you with me that where I am you may be."

It was a common custom of the day as it is today in many parts of the world, for a groom to build a room onto his father's house for he and his new wife to live in, thus this statement. If the woman accepted the groom's proposal she would drink the wine to seal the contract as a point of remembrance, while also looking forward to her wedding day.

In John 14:1-4 Jesus quoted these "engagement contract" words to describe Himself going to the cross and then to His Father's 'house' to prepare a place for us. He therefore asks us to drink the wine of the Last Supper, which was done just before He said this as acceptance of our betrothal to Him, while also looking at the present through the eyes of the future marriage.

Even with the cross looming the next morning and all the suffering He was going to endure, He was pointing us to the Marriage Supper of the Lamb at the end of the age!! Amazing. 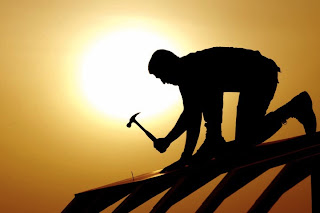 This is why He had also made the statement that no man knows the day of His return - in the custom of the day the timing was set by the groom's father, eagerly keeping the secret of the timing of the wedding within himself as a surprise for the couple. The groom's father withheld permission until the room the groom was preparing for his bride was was completed, as well as the bride's own preparations completed. Then the Father gave permission for the groom to collect his bride.

Isn't it amazing how Scripture comes alive and makes so much sense when we learn the Jewish customs of the day and see things the way Jesus saw them. After all, He was speaking to a Jewish audience. The disciples would have understood His meaning even if they didn't completely understand the future.

So, in summary, Jesus has asked us (His people, His church, His bride) to marry Him.  He set the cup (of His blood) before us and those of us who accepted Him, drank out of that cup (communion) and have given Him our allegiance, our "Yes" to His offer.  So, now what is happening?  Jesus is in His
Father's House adding on new homes for His bride.!  I believe He's building an entire city for us..and creating for each one of us, a new and beautiful home that's part of that city!

Then I, John, saw the holy city, New Jerusalem, coming down out of heaven from God, prepared as a bride adorned for her husband. Revelation 21:1 NKJV

How that home looks, how many rooms it has, whether it has wood floors or carpeting, or running water or a nice backyard, well, I believe that's completely up to you!!  I personally believe that everything we do here on earth for Jesus, everything we do with the right motives, all the times we've 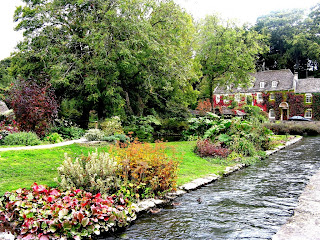 suffered for His name, or all the people who came to know Him because of our witness, all the times we glorified Him instead of ourselves..etc...  God adds something onto our new house.  Could be a sunken bath tub or granite kitchen counters, or that special craft room we've always wanted! Jesus alludes to this in Matthew 6

Do not lay up for yourselves treasures on earth, where moth and rust destroy and where thieves break in and steal;  but lay up for yourselves treasures in heaven, where neither moth nor rust destroys and where thieves do not break in and steal. For where your treasure is, there your heart will be also.  19-21

Some of us will have glorious mansions in the New Jerusalem. Others, well.... maybe a little shack?

For no other foundation can anyone lay than that which is laid, which is Jesus Christ. Now if anyone builds on this foundation with gold, silver, precious stones, wood, hay, straw, each one’s work will become clear; for the Day will declare it, because it will be revealed by fire; and the fire will test each one’s work, of what sort it is  1 Cor 3:11-13


So, if you've never owned a home here on earth or if the home you own is run down and has cracks in the walls, or the plumbing is always clogged, it's too small, infested with bugs,  and things just plain don't work right, don't worry about it. Someday you'll have the most gorgeous home imaginable, a home that was  built specifically just for you, your tastes, your desires, your dreams!

I hope all of you have a home right next to mine!