This past week, one of my daughter's most cherished cats suddenly became ill and an hour later at the vet, she was diagnosed with kidney failure. It was only a matter of time, and it would be painful, so 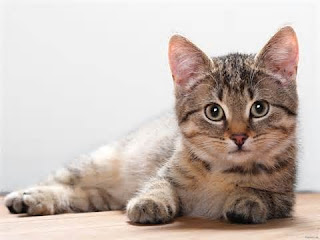 my daughter chose to have her put down. It's the worst experience ever, and one I've been through  many times. I have two cats buried in my backyard and another one, whose ashes are in an urn, because I just couldn't part with him.

Aside from losing a human loved one, there's nothing worse than losing a pet. Especially if you are the one holding your pet while they inject her with the solution that puts her permanently "asleep".  I remember when I was holding my last cat, who had terminal cancer, I actually felt her soul leave her body. One minute she was filled with life, the next she was empty.  It was like I was holding a completely different cat. I brought her home and buried her and then cried my eyes out for two days.

Why do we love our pets so much?  I believe God gave us pets because He knew we would need that unconditional love they freely offer us every day. No matter if we haven't bathed, have morning breath, have no make up on, or are in the worst mood ever, they are there for us, ready to curl up next to us, to snuggle, to love, to purr or bark, and to look at us with their adoring eyes.  I had a white cat we called Snowball, who sensed when I was upset or in a bad mood, and he'd always come and sit on my lap. He'd just plop down and hang out with me, letting me know I wasn't alone and that he cared.  He was a talker so he'd always chat with me about whatever cats talk about and then he'd grow silent 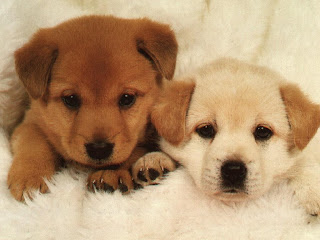 while I told him my problems. We developed quite a bond and although he died 4 years ago, I still think of him often.

Many theologians will tell you that animals don't have spirits like human's do so they can't go to heaven or hell. They just die and that's that.  Animals may not have a spirit, but they do have a soul. The soul is separate form the spirit. It is the mind, will, and emotions of the being. In essence it is the unique personality, and just like spirits, souls are eternal as well.  When humans die, both our spirits and our souls (which are both eternal) go to either heaven or hell.  So, why wouldn't an animal's eternal soul go somewhere too? And since animals don't sin and only act on instinct, it would make sense that they all go to heaven.

The Bible neither proves nor refutes this, but it does mention animals in the new millennium, which is the time after Jesus returns and sets up His Kingdom in Jerusalem. So, we know that animals will be part of our lives in eternity.

I listen to a really great Bible teacher, John Fenn, who in one of his CDs describes a visit he had to Heaven. Visiting heaven, whether in the spirit or in a vision, is completely Biblical because the Apostle Paul describes his own visit in 2 Corinthians 12 .  Another reason I believe John's account is because he's not trying to make money off of his story. He's not broadcasting it, writing a book, and appearing on TV.  And the last reason I believe him is because he's one of the best Bible teachers I've heard.  Anyway, in his vision, one of the first things he saw was his dog, who had been run over by a car a few years before,  running toward him across a grassy field.  He'll tell you how astounded he was because up to that moment, he didn't think pets went to heaven, but he was elated to see his precious dog again. 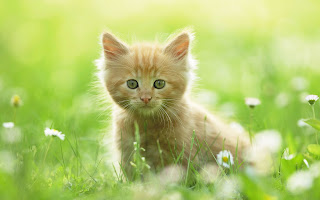 My take on this is that God can do anything He wants. He is a God of love and mercy and grace, and He cares about the things we care about. He suffers with us when our pets die. He knows our agony, and He is one day coming back to abolish all death. Until that time, why wouldn't He bring our beloved pets up to heaven to await our arrival?  Can you imagine the greeting you'll receive when every pet you've ever loved and 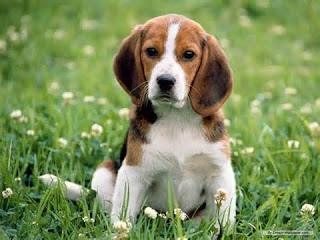 lost comes bounding toward you as soon as you enter those pearly gates??   For me, there will be dozens of cats!!
Posted by MaryLu Tyndall at 12:30 AM