MaryLu's Musings: What's in a name?

Something interesting happened in the book world this week.  Many of you know of J.K. Rowling, 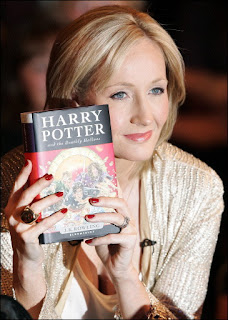 the author who wrote the infamous Harry Potter books. In fact I'd be surprised if you didn't recognize her name. She's one of the world's best-selling authors and a millionaire because of her books and fame.   But did you know that recently she also wrote a modern day crime novel??

The book is called The Cuckoo's Calling by Robert Galbraith.  Yup. That's right. She wrote a book under a pen name. Her reason she says was to "publish without hype or expectation" and allow her the "pure pleasure to get feedback from publishers and readers under a different name."

She did get the feedback she wanted. In fact,  Kate Mills of Orion Publishing actually turned down the book. Of course she had no idea it was written by the superstar Rowling.  I bet she's kicking herself now!  Although the book did get good reviews, it only sold around 1500 copies. If it had continued at that rate, those numbers are a death sentence for an author. "Mr. Galbraith" probably never would have received another book contract!

In fact, I was recently told that if a new author doesn't reach at least 15,000 copies sold, their career is over, while most publishers expect close to 30,000 for a second book.  Well, somehow the cat got out of the bag and the media exposed the true identity of Robert Galbraith, and guess what?  Right now. on Amazon, sales of the book are up some 507,000 %. !!   Go figure.

So, I ask you what is in a name?? A TON.  In fact, my husband rarely picks up a book by an author he hasn't read before. He has his favorites and he waits for their books to be released. That way he knows he's spending money on a story he's going to like. I must admit, I do the same thing.  Why take a chance on a new author when I KNOW what I'm going to get with my favorite ones?

So what does this mean for aspiring writers trying to get published or even established authors like myself?  Taken at face value it can be very depressing. How can anyone break into a readers' market 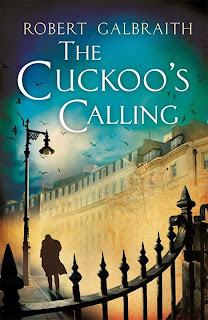 with an unknown name? Especially when there is so much competition and so many books out there that a new author can easily get lost. And what about an author who has several books already published? How do we attract more readers and get our name in front of more people??

Publishers and marketing people will tell us we need to be on Facebook, Twitter, Google Plus, Pinterest, etc...etc... We need to have a website, a blog, a platform, go on speaking tours. We need to engage with our readers.  But I'm here to tell you that after 8 years of doing that, it doesn't work.

You know what I'm starting to believe are the two most critical elements necessary for making the New York Times Best seller list??

You can apply this to any area of your life. Be the best you can be at what you're doing, whether it be marriage, raising kids, a career, and then leave the results in God's hands.

So, if you don't find me out there in social media land, you'll know where I am. I'm at home, pounding away on my keyboard, writing the next best seller!  (God willing!).

(And yes, I realize I've just given J.K. Rowling free publicity when she's the last author on the planet who needs it! Grrrrr )

So how about you? How often do you pick up a book solely because you've read that author before and loved his or her work?