Do you have Mortality Syndrome?

The Bible says we are seated in the heavenlies with Christ, that we have the mind of Christ and the Spirit of the Living God inside us.  If you're like me, honestly some days I just don't feel very 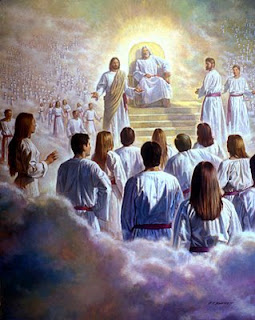 heavenly!!  Let's face it, when problems abound and the world is falling apart around you, it's hard to keep your head in the clouds!  But that's just what God wants us to do. You see, we are already living in eternity. I know I've said this here before but it's worth repeating until we get it. We don't enter eternity when we die. We are already there.. at least our spirits and souls are. It's this clay body that is keeping us pinned to time and space.  Yet is is precisely this time and space which has the overpowering ability due to it's pull on our bodily senses to lure and keep our focus on the temporal things of this earth instead of the eternal. I call this Mortality Syndrome.

We get caught up in jobs, families, hobbies, our ambitions, our wealth, our relationships, our looks, none of them bad in themselves, but all of them capable of keeping us grounded to a world that is passing away.  The cure for this Mortality Syndrome is what the Bible calls "Walking in the Spirit"

Now those who belong to Christ Jesus have crucified the flesh with its passions and desires.
If we live by the Spirit, let us also walk by the Spirit. Let us not become boastful, challenging one another, envying one another  Galatians 5:25

In other words, the only cure for the mortality syndrome is constant contact with our eternal Father in Heaven. Since His Spirit lives within us we have 24-7 access to Almighty God, for help, advice, counsel, comfort and just plain enjoyment! (Don't forget to enjoy God! He loves it when we have fun with Him!)   If we keep our mind on Him and our focus on Him and our conversation with Him, our spirits are somehow lifted above this world, unable to be touched by the trouble around us.

Let me give you an example.   Three women try out for a Hollywood movie. It's going to be a blockbuster with a number of top stars, so the opportunity to play a major part is the chance of a lifetime. All three women are Christians. All three women are accomplished actresses who've worked 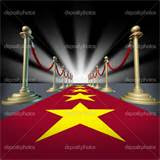 hard for this chance all their lives.  All three just found out they weren't selected.

Woman 1: Stamps out of the movie studio, her chin high, her fist in the air. She can't believe she's been rejected. She's furious and indignant because she believes she's the best actor for the job. How could they turn her down? How could God allow this to happen??  Her anger transfers to God. Isn't He supposed to be on her side? Doesn't He want her to succeed? Doesn't the Bible say that she will be prosperous and successful and have her prayers answered??

Woman 2:  Skulks out of the studio, head low, tears flowing down her cheeks. They probably made the right decision. She's not talented enough for this movie. Who did she think she was? How embarrassing that she even tried. She probably made a fool out of herself. She apologizes to God for thinking too highly of herself.  No doubt His promises were made for more worthy followers. Not her.

Woman 3: Leaves the studio with a smile on her face. She stops, brushes dust from her skirt as if she were brushing away the rejection. Instead of being angry or depressed, she glances into the sky and thanks God that His will was done. Though she doesn't understand it, she knows that He has something even better for her. Maybe not acting, maybe not what she has in mind, but she knows He loves her and has a plan for her life. Besides all she really wants to do is glorify Him and help others to come to know Him. How He helps her achieve that is up to Him.

I don't know about you, but I've seen a lot of people behave like woman 1 and 2.  How about you? I've behaved that way on many an occasion. You may say, But what's wrong with being a little angry or sad at not getting something you've worked hard for? NOTHING.  It's human.  But it's the perfect example of Mortality Syndrome.

Woman 1 was focused completely on herself, on her success, her achievements, her fame in this world. Life is all about her, and God was only there to make her dreams come true.

Woman 2 was also focused completely on herself, but in a different way. She had no confidence, no strength of character, and at first glance she seemed very humble. But her attention was once again all on herself and on this world. She didn't blame God, but neither did she trust Him to do much of anything for her.

Woman 3 was impervious to disappointments and trouble. When bad things happened, she shrugged them off like so much garbage. Her success, money, position, beauty.. none of those mattered to her. Her mind and spirit are in the heavenlies with Christ. She looks at life through completely different eyes.. the eyes of God. She sees the bigger picture and realizes her place within it.  Life is not about her. Life is about God and His plan. And she knows she has a great role in that plan. 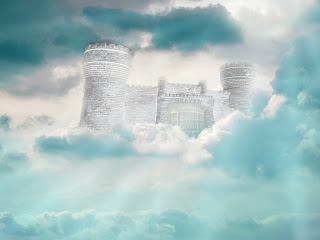 See the difference?  How boring and depressing it is to have Mortality Syndrome, to only be focused on the here and now and on our measly 80  or so years here on earth.  Why not slip into the heavenlies and take part in the most exciting adventure ever!!  God invites you daily to partner with Him in His great plan for the ages and all eternity.  Talk about fun!!

So, unlike what your school teacher might have told you when you were young.. Don't get your head out of the clouds, get your head in the clouds!!  It's a great view from up there!