What to do when your world is falling apart!

The book of Daniel is one of my favorite books in the Bible. For one thing it's a GREAT story of four young Israeli noblemen captured and taken as slaves to Babylon who ended up becoming princes and administrators of the land.  If that weren't enough excitement, the book is filled with exciting prophecies, many of which have yet to be fulfilled.  But I digress. In my reading the other day, I couldn't help but be extremely impressed with the young man Daniel and the way he handled a very stressful situation, and I thought we all could learn wonders from his example. 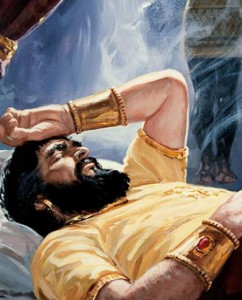 You see, King Nebuchadnezzar was a very harsh, arrogant king who had the power to kill anyone who didn't please him. One day he had a dream that tormented hm and he was desperate to know the interpretation, but when all of his wise men couldn't tell him the dream and the interpretation, he ordered them all executed.  Daniel and his friends, Hananiah, Mishael, and Azariah were part of the king's wise men and were on the list to be executed.  When the executioner arrived and Daniel found out what was going on, he asked for another day.

Maybe you've received bad news lately. Maybe you lost your job, can't find work, got a bad health diagnosis, or your marriage is failing. Can you imagine being told you are going to be executed the next day?? And you know the King personally. You know he's ruthless and angry and he'll have no trouble carrying out the order. Talk about stress???   What did Daniel do?

Then Daniel went to his house, and made the decision known to Hananiah, Mishael, and Azariah, his companions, that they might seek mercies from the God of heaven concerning this secret, so that Daniel and his companions might not perish with the rest of the wise men of Babylon  Daniel 2:17-18

Is that your first reaction when trouble strikes? When bad news comes?  Mine is usually to panic and 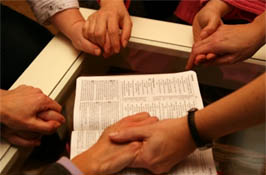 God answered Daniel's prayer and gave him the interpretation of the dream in a night vision. So what did Daniel do next??   Did he nervously dash to see the king and tell him before they were executed?

So Daniel blessed the God of heaven.  verse 19

2. Daniel stopped and thanked God. He didn't just go about his buisness, he stopped and praised God. In fact you can read his poem of thanksgiving in verses 20-23.

Me? I'm usually so relieved to have my problem solved, I sometimes completely forget to thank God.

But that's not all. Daniel finally went to the king and explained his dream. What a great opportunity for Daniel to take the credit, to get himself in a better position in the kingdom so he'd never be 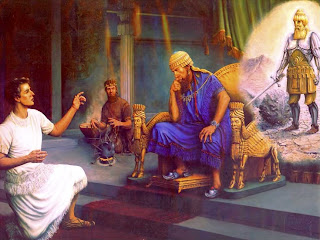 The secret which the king has demanded, the wise men, the astrologers, the magicians, and the soothsayers cannot declare to the king. But there is a God in heaven who reveals secrets, and He has made known to King Nebuchadnezzar what will be in the latter days  27-28

But as for me, this secret has not been revealed to me because I have more wisdom than anyone living, 30

3. Daniel not only gave all credit to God, but he used the opportunity to introduce old Neb to the true and living God

But there's more. After the king bowed down before Daniel and promoted him and gave him gifts and made him ruler over all the province, Daniel could have easily let all that go to his head and forgotten about his friends.


Daniel petitioned the king, and he set Shadrach, Meshach, and Abed-Nego over the affairs of the province of Babylon; Verse 49

4. Daniel thought of others above himself.

Perhaps there's a lesson in here for all of us. How do we handle bad news? How do we deal with stress?


And just see what our great, powerful and loving God will do next!!