How to Avoid a Mundane life! 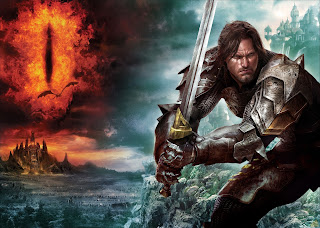 Why do we read fiction books full of adventure and romance or watch epic movies over and over again  like The Lord of the Rings, Titanic, BraveHeart and the Last of the Mohicans??  Because our Creator implanted within our very souls a yearning for an epic sort of life. A life filled with wonder, beauty, excitement, and love. He didn't create us to be beings who drag ourselves out of the bed each morning and grumble through our mundane lives. If He did, then we'd be satisfied with our 8-5 jobs and our humdrum living.

Instead people search for that "abundant life" Jesus promised in ALL the wrong places, in sex, drugs, alcohol, relationships, online games, gambling, vacations, movies, TV, and other addictions.  We all know something is missing in this world. We all want to be the heroine in a romance novel, the hero who saves the planet from destruction. We want to weld our swords and fight evil. We want to be beautiful and cherished and swept away in wonder each and every day. We want our lives to count for something. 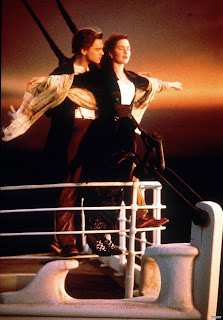 Yet, most of us find ourselves bored to tears day after day. Yes, we are all busy with work and family and responsibilities, and there are moments of great joy! But deep down, we all long for something more.

Jesus alluded to this epic sort of life much in the Gospels. Peter was a fishermen by trade. He caught fish for a living day in and day out. Yet when he encountered Jesus, Jesus told Peter that if he followed him, Peter would be a fisher of men. Jesus himself said.

My purpose is to give them a rich and satisfying life   NLT
I came so they can have real and eternal life, more and better life than they ever dreamed of.  The Message

I like the translation in the Message, don't you? A better life than they ever dreamed of.!!!!  Sign me up!

Let me ask you something. Are you living a better life than you ever dreamed of?   No, you may say, but that's no possible this side of heaven. We live in a fallen world and there's sin and anguish and sorrow here.  True, but that doesn't mean you can't have an EPIC sort of life, does it?


Did Jesus live a mundane life? What about his disciples? The apostle Paul??    I could go on and on.
the truth of the matter is. God put an epic story within each of us. Even non-believers feel it and try to fill that void with things and substances. Believers want so desperately to believe the fascinating lives they read about in the Bible could be for them, too, but after a multitude of disappointments, most conceded that perhaps they aren't good enough or strong enough or _________ enough (you fill in the blank) to live that abundant life Jesus promised.

So what is holding some of us back from living that adventurous life Jesus promised?  I contend two things:  Unbelief and Disobedience.  Actually they often go hand in hand.  God is a Father above all else. Like any good parent, He wants the best life possible for His kids. He's made great plans for each child but He can't force that child to follow them. That child has a will of its own.  So, the Father trains the child, teaches him, guides him, and continually tests him to make sure the child is learning and growing and can handle responsibility. God isn't going to let his child go on vacation by himself to Jamaica or drive the family car until He is sure that child is ready for that responsibility, right?


It's the same in our own lives. We will be given more and more responsibility based on our growth, both spiritually, emotionally, and in our characters.  God is asking us to be obedient in the small stuff first before He gives us the big stuff.

And he said to him, ‘Well done, good servant; because you were faithful in a very little, have authority over ten cities. Luke 19:17

Check your heart. What is God dealing with you about this week? What was the last thing He asked you to do that you haven't done yet?. Perhaps it was saying you're sorry to someone who you believe should say sorry to you? Or maybe He's asked you to love someone who has betrayed you, to forgive someone who broke your heart, to be kind to someone you consider your enemy. Maybe He's asked you to witness to a neighbor, give your last 20 bucks to someone in need. Whatever it is.... you're going to be stuck there in mediocrity until you obey and pass the test. And the next one and the next one after that as God molds and shapes your character until it glows. 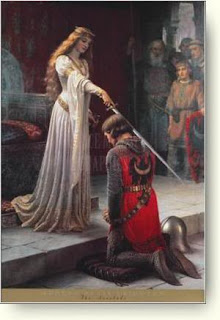 Is your life a tad mundane these days??  Do you have a thirst for the adventure, purpose, and romance only found in great books and movies??   Obey God in the small stuff. Become a person of exceptional character. Allow God to shape and mold you into that warrior princess you were made to be. And then watch the adventure unfold!