Would your father willingly hurt you?

My answer to that question for most of my life was an emphatic Yes!  You see my natural father did hurt me. He hurt me a lot. Not because he abused me or yelled at me or forgot my birthday or called me names, but because he was completely and utterly absent. Growing up, I never really thought about him. You can't really miss someone you've never known, you can't mourn the loss of a father if you've never experienced what it was like to have one.  So, I though I was Okay! 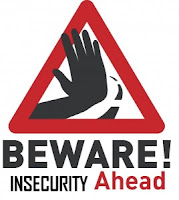 But then puberty hit and I realized I was really insecure. I had a very low opinion of myself. I basically thought I was worthless. This caused me to make all sorts of terrible decision in my teens, twenties and even early thirties as I frantically searched for someone to love me unconditionally, for someone to protect me and always be there for me.

When I became a Christian, I fell in love with Jesus. I mean, what's not to love about Jesus? But I had a hard time relating to Father God. I saw Him as He is portrayed in the Old Testament, a mean, gruff, angry God who punishes you when you mess up.  Not having known any other father except one who abandoned me, I had no other examples.  But the really AWESOME thing about the Father God is that He didn't leave me like that.  As I progressed in my Christian walk, as I prayed and studied the Word, God slowly revealed Himself to me.

Then I came across this sentence from Jesus  and it blew me away.
He who has seen Me has seen the Father;  John 14:9

What? Jesus was the most loving, kind, generous, giving, selfless being to ever walk the earth! He cried for people, He healed them, He raised them from the dead, He taught people with patience, He 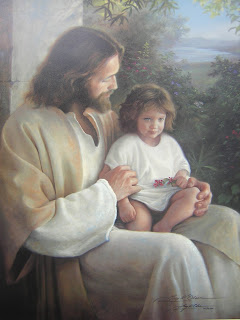 spent countless hours ministering to people, only to give His everything in a brutal death on the cross. So how could I reconcile that image with the God of the Old Testament who wiped out entire nations of people if they displeased Him?

But in truth, Jesus and God are one and the same. My problem was that I wasn't looking at God as a Father. He is first and foremost a Father and just like a Father He so desperately wants what is best for His children.  If you reread the Old Testament with that in mind, you'll soon hear the pain in His voice, the agony at how often His children wandered from Him, at how much He didn't want to punish them, how often He delayed it in the hopes they'd turn back to Him, how much He begged them to choose life over death.  I'm not a father, but I'm a mother who would do anything for my kids. There's nothing worse than watching your kids do something that you know is going to really hurt them in the long run, and could even ruin their lives. It's agonizing.  This is the Father of the Old Testament. He is everything Jesus portrayed and much more!  Yes, He punished people but He had no choice. They were living under the Law, not under Grace, and He is a Just God.

Maybe you had a great father. I hope you did!  But if your father was lacking like mine, and you have trouble relating to Father God, you might try this exercise: Go through every book in the New Testament and replace the word God with Father.  Do it until it sinks in who the Father really is. That He is the Perfect Father. He's the kind of Dad whose lap is there for you to crawl up into, who longs to put His mighty arms around you and keep you safe. He will discipline you like any good Father but He doesn't want to punish you, which is why He sent His son to be punished in your stead. He wants a relationship with you.  He wants to teach you. He wants to guide you. He wants what's best for you.  Sound like a good father??

For this reason I bow my knees to the Father of our Lord Jesus Christ,[from whom the whole family in heaven and earth is named Ephesians 3:14

And in that day you will ask Me nothing. Most assuredly, I say to you, whatever you ask the Father in My name He will give you. John 16:23

Praying directly to the Father has revolutionized my prayer life. He has become so real to me. I sense His presense more and more each day.  I feel so protected and loved.  I see Him now as the ultimate father who will never leave me and who only wants the best for me.

You may be going through some rough times right now. health, finances, relationship.. and you may be wondering where is God?
My pastor said something the other day in a sermon that really spoke to me. Would a loving father ever willingly hurt his child?  Sometimes it may seem so to the child. Maybe the father is making him 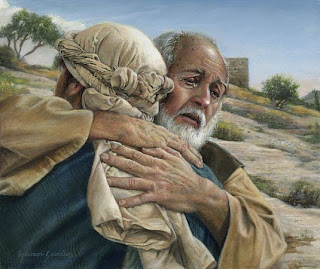 to his homework, eat his veggies. Maybe he's sending the child for swimming lessons when the child is terrified of water, maybe he's grounding the child or sending him or her to their room.  All these things seem bad to the child, but the Father knows they are for the child's ultimate good.

Whatever you're going through, God is not trying to hurt you. He's trying to do what's best for you. He wants you to trust him as a Father who knows you, loves you, and has your best interest at heart.
Posted by MaryLu Tyndall at 12:30 AM