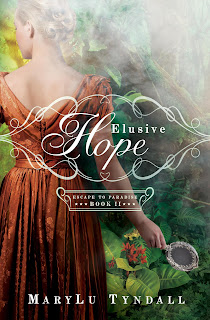 Last Weeks Winner is: Brittany! (kbmceuen)
Thank you all for your GREAT comments!!  And for entering. But you still have a chance to win!


Sorry, but winners of the paperback book and the final prize must be in US or Canada, but winners of the Ebook can be anywhere.
I'm pulling the winner of the grand prize from every comment, so if you comment each week, your chances are better to win!

Each Friday  I'll be posting something cool about the book. To enter, leave a comment and answer the question at the end of the post.   This week's winner will be announced on November 1st when I'll post the cool video trailer for the book!

You can purchase the book at  Amazon,  BarnesAndNoble, ChristianBook.com, DeeperShopping

(Personal note:  I'm having Lasik surgery today so won't be online for awhile... but I'll be sure and read all your comments as soon as I can!).

And without further adieu,  The Guess What the Character Will Say Next contest!   The last two posts have described in detail the hero and heroine's personalities and character. Now, put your knowledge to the test by reading the following excerpt and then guessing what the characters will say next.
(No Cheating if you already have the book!) 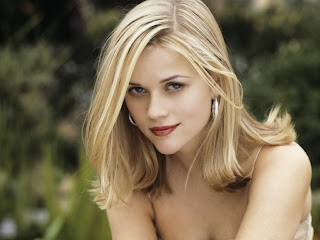 What would Magnolia say next?

What happened? Why did you run off?” he squatted and brushed a strand of hair from her face.


“It doesn’t matter.” She swiped her tears away and took the hand he offered. Once on her feet, she tugged from his grasp. “I can no longer feel my feet. I’m covered with bug bites and”—she hesitated—“sweat, if you must know. Yes, sweat.”
The concern from his face vanished, replaced by his typical look of annoyance. “Forgive me if I don’t have a carriage to convey your ladyship through the jungle. What did you think the journey would be like?”
“Must we walk so fast? And you don’t listen to me. Or talk. And my arm hurts from carrying my valise.” She glanced over the maze of green and brown. “And now I’m seeing things.”
Hayden gave her a patronizing look. “Oh, do forgive me, Princess. I was under the impression you wished to get to Rio as soon as possible. Yet now I discover your real desire is to engage in idle chatter whilst we take a Sunday stroll through the jungle.”
Magnolia would love to stroll over his face with her muddy feet at the moment. Instead she bent over, grabbed a handful of the black ooze, and swung her arm back to toss it at him.
He cocked his head, that devilish grin of his appearing on his lips. “Come now, are we reduced to such childish antics?”
“Apparently that’s the only language you speak.” She held the dripping mud up like a trebuchet about to release its fiery projectile. “I demand you give me the proper respect due a lady on this journey or you will not only be covered in mud, but you won’t be paid.”
He chuckled. “I will be paid, Princess. The deal was to get you to Rio. There was no mention of licking your boots along the way.”

What does Magnolia say next?


A.“In case you haven’t noticed, I’m not wearing boots.” She lifted her chin. “Why, you may ask? Because my feet are swollen to twice their normal size.”
B.  "I would expect, being the lackey that you are, you would be quite familiar with licking boots!"
C.  She gave him a coy smile. "Mercy me, did I forget to mention that part of our bargain?"
D.  Tears pooled in her eyes. She tossed the mud at him, but missed. "You are a beast, Hayden, and no gentleman!" 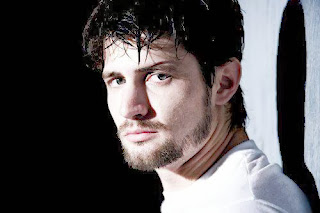 Now, What would Hayden say next???


Setup for the Scene: Despite Hayden's protests, Magnolia followed Hayden into the jungle hoping he'd take her to Rio de Janeiro. They have just spent their first night together. She didn't sleep a wink but he slept soundly.


“If you must know, I hardly slept at all. No thanks to you.” She tossed the stick at him, missing him by an inch. He never flinched. Which only made her angrier. “I was assaulted all night long by feral insects and would have probably been eaten by a wolf if I hadn’t stayed awake.”
“I doubt your expert vigilance would have stopped a wolf.” He handed her the canteen. “You get the last sip. We’ll refill it when we find water.”
Tipping it to her lips, she barely got enough of the precious liquid to wet her tongue. No more water? She stared in horror at her stained gown and the dirt smudges on her arms and hands. “But I simply must have my morning toilette.” Besides, she was terribly sweaty, though it wouldn’t be proper to mention that. “I’ve never slept in my clothing before and you have no idea how uncomfortable it is.”
He didn’t seem to be listening to her anymore as he stood, shoved the pistol into his belt, and retrieved his coat from the dirt. “Well, now that I’m awake, we shouldn’t dilly dally, as you say.”
“I’m a lady and I have certain needs.” She hated the slight catch of desperation in her voice.
He turned to stare at her as if she’d dropped out of the sky.
“So, if you’ll lead me to some water, Hayden”—she seethed out his name for effect—“I’d be most obliged.” Better to establish who was in charge before things got out of hand.
“I am not God, Princess. I cannot produce water out of a rock no matter how much you demand it. However if you need to relieve yourself, you may do so in the bushes. I will wait here.”
Heat stormed up her face. “How dare you mention such a thing?”
He pinched the bridge of his nose as if he had a headache. “If we are going to be traveling together for four more days, I don’t see how we can avoid such breeches of etiquette.”
Magnolia flung her hands to her hips and tried to spit a retort, but only nonsensical stuttering emerged.
Hayden seemed to be trying to make sense of it but finally shook his head. “What about your feet?” He leaned over to examine her toes.
“I brought along a pair of satin dance slippers. Though this heinous wilderness will destroy them within hours, they will suffice for now.”
He nodded his agreement, then waved her off like a spoiled little child. “Run along. Take care of your business and be quick about it.”
Magnolia’s stomach growled, reminding her that she hadn’t eating anything since yesterday morning. “Aren’t we going to eat breakfast?”
“We’ll find some fruit along the way.”
Magnolia had never met a more obnoxious brute of a man. As soon as she relieved herself, donned some new stockings, and slid her slippers over her bandaged feet, she returned to the clearing and handed him her valise.
His amused gaze shifted from the case back to her before one of his eyebrows lifted. “Why do I want this?”
“To carry, of course.”

What does Hayden say??

A. Grunting, he turned and trudged down the trail. "I knew you were going to be trouble."
B. "I'll only carry it if I can keep all the money inside," he said with a wink.
C.“You brought it. You carry it.” He dropped it to the ground, then turning, he disappeared into the greenery.
D. Opening the case, he dumped all her belongings onto the jungle floor then handed it back to her. "There, now it won't be so heavy."


Choose the answer you think best fits the character in both scenes and leave it in a comment (along with your email)  I'll post the winner next Friday on November 1st (RELEASE DAY!)