But with me it is a very small thing that I should be judged by you or by a human court. In fact, I do not even judge myself.  For I know of nothing against myself, yet I am not justified by this; but He who judges me is the Lord.  1 Corinthians 4:3-4

Lately the Father's been dealing with me on the subject of Self-Image.  Self image is basically how you view yourself. You can view yourself very highly as in the case of a vain, arrogant person who 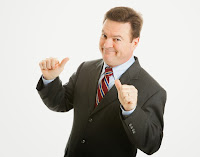 sees the world revolving around him or her OR you can view yourself as a lowly worm who isn't valuable enough to grace the planet.  Most people are somewhere on the scale in between.  But in both situations, the person's entire focus is on themselves.

I've always had a low self image. Maybe it's because I never had a father, maybe it's genetic, maybe it was the things that happened to me in childhood. Either way, I never thought of myself as someone interesting or smart or funny or pretty. In high school I was in the nerd group, pimple-faced, smart, and terribly shy. At the time I remember thinking, "Well, at least I'm not arrogant and vain."  But in truth I was just as vain as the gorgeous cheerleader who flaunted herself around campus.

You see, any focus on self is wrong. The apostle Paul says in the above passage that he could care

less what people think of him. In fact, he doesn't even judge himself. In other words, he doesn't even think about himself.  The more I read this passage the more I craved the freedom he experienced. Imagine for a minute if you never ever needed the approval or praise of anyone in order to feel valued and loved.  Imagine for a minute if you felt so loved and valued by God that it wouldn't affect you in the slightest if you made a complete fool of yourself in public and the event was splashed all over the tabloids and on the nightly news and everyone was laughing at you.  Ah.. such freedom!

I figure if Paul found his way to this freedom, so can I.  The key? Forget about ourselves. I don't mean don't do the necessary things to take care of yourself. I mean, stop thinking about YOU. People who put themselves down are just as guilty as people who brag about themselves. Both are vanity. Both are self-centered.

The truth of the matter is, whatever beauty or talents you have, they were given to you by God. So how can you boast about them??  That's ridiculous. They are gifts! To be used for God's glory. Not your own.

For who makes you differ from another? And what do you have that you did not receive? Now if you did indeed receive it, why do you boast as if you had not received it?  Verse 7

How can you tell a person who is self-forgetful?? They are the ones at a party who aren't trying to draw attention to themselves. They aren't trying to hang out with the most popular guests, nor are they slinking in the corner looking lost and out of place. A self-forgetful person is one who reaches out to others, who truly cares about others needs, who doesn't shy away from talking about themselves but who is more interested in others. Self-forgetful people are good listeners. They don't react when others criticize them or insult them. They simply don't care.

So, how do you get there?  Get alone with God. Ask Him to show you how loved you are and your value to Him. Ask Him to help you die to self. Make sure you are serious because it's not a pleasant journey. I'm only partway down the road, and it's been difficult. That old self-centered beast does not want to go down without a fight!!!  But with God, all things are possible.  And it will be so worth it!!!


Therefore if the Son makes you free, you shall be free indeed.  John 8:36
Posted by MaryLu Tyndall at 12:30 AM