You may not be old enough to remember these, but when my kids were young, one of their favorite 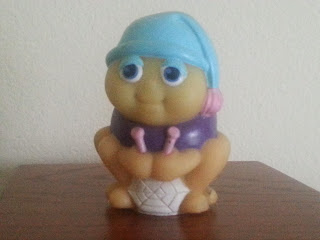 toys was this little tiny thing called a glo worm!  Now they have all sorts of fancy ones, but back then, they were small, made of plastic and super cute.  I happened upon one my kid's old ones when I was going through some boxes and it brought a huge smile to my face. Now, it sits on the night stand next to my bed. See picture on left!   The glo worm absorbs the light of my lamp so that when I turn off the light to go to sleep, it glows really bright!  It brought great comfort to my kids when they were young and had to go to bed and I find it comforts me too now just having it near.

But the little worm got me to thinking about light. What is it about light that is comforting? It is warmth and beauty and it chases away the monsters in the dark, right? It makes you feel safe and loved and makes the nighttime not so scary.

There is much about light in the Bible.
Jesus tells us that He is the light.
I am the Light of the world; he who follows Me will not walk in the darkness, but will have the Light of life  John 8:12

Jesus is the light that brings warmth, protection, comfort, and beauty. But not only that, He says that His light doesn't just chase a little of the darkness away, but His light saves us from the darkness.
I have come as Light into the world, so that everyone who believes in Me will not remain in darkness. John 12:46

So many believers these days seem to have lost their glow. You can spot them easily because they are discouraged and depressed and anxious and beaten down by life. They don't even have enough glow to comfort themselves, let alone anyone else.  I've found myself in that position many a time and wondered where was God in all my troubles?  But the fact of the matter is, God was there.. I just needed to go spend time in His Light.

Jesus said,  Let your light shine before men in such a way that they may see your good works, and glorify your Father who is in heaven. Matt 5:16

But you have to have enough light to shine in the first place.  Jesus tells us we are the light of the 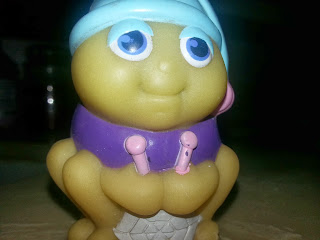 world! We are the world's glo worms, placed here to bring light to people, to shower them in the light of God's love, comfort, peace, and protection. We can only do that when we continually go back to the source of Light and basque in His brightness every day.

So, don't be a dull glo worm!  The world is counting on you to be a light in the ever encroaching darkness.