GIVEAWAY - A Cup Of Christmas Cheer!!!

First things first, the Winner of  Patty Smith Hall's The Doctor's Bride is Debbie Wilder!!!  (Debbie, please contact me with your address since you didn't leave an email where I can reach you)
Thank you to all who entered!!

Christmas is right around the corner!! I'm always amazed at how quickly it gets here. Faster each year, it seems!  Some of you may dread the holidays because of all the expense and hustle, but I pray that this year you force yourself to take some time and enjoy the reason for the season. One thing that may help you do that is to curl up with some great Christmas stories!!!

Two of the sweetest ladies and my good friends have written stories included in these collections. Carrie Fancett Pagels who wrote SNOWED IN  and Carla Gade Olson who wrote UPON A CHRISTMAS TREE SCHOONER 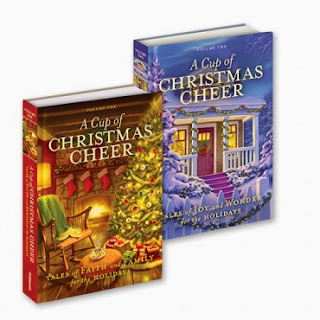 I'm giving away this two volume set to one lucky winner. To enter, please leave a comment for the ladies telling us why you love Christmas. (Don't forget to include your email address)  I'll choose a winner next Friday. (US Addresses only. Sorry)

Carrie Fancet Pagels and Carla Olson Gade share about their short stories in A Cup of Christmas Cheer, a two-volume Christmas treasury from Guideposts Books.

Thank you for having us, MaryLu! Since you love the ships and the roaring sea, we thought we tell you about our stories set in the region of Great Lake Michigan. 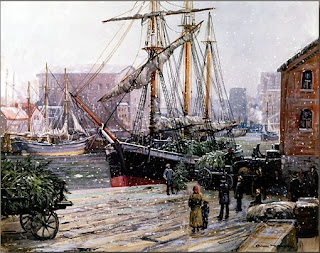 A New England gal, I have been to the ocean (Atlantic - on the opposite coast as you, MaryLu!) countless times. I have never been to Lake Michigan, except in my internet research, but I was at Lake Erie on a trip a few years ago and truly amazed at what I experienced. The lake was rough and the winds were harsh, the waves high! For the first time, I realized how dangerous those seas were. My story, Upon a Christmas Tree Schooner, is inspired by the real Christmas tree schooners of the late 19th and early 20th centuries. When I heard about the Christmas tree ship Rousse Simmons that sank in Lake Michigan in 1912, I became intrigued how lumber schooner captains would risk so much to go out on the icy waters late in the season to bring back Christmas trees for the communities around the Great Lakes. They had been doing this since the last part of the 19th century. I didn’t want to retell the tragedy of the Rousse Simmons, but of one of the other schooners and make it a tale of Christmas hope. 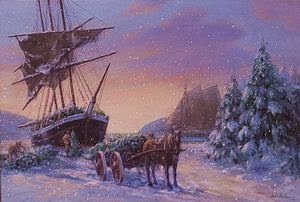 Upon a Christmas Tree Schooner - A ship’s captain takes his schooner for his last haul of the season http://www.pinterest.com/carlaolsongade/cup-of-christmas-cheer/
upon icy Lake Michigan to return with Christmas trees for the German immigrants in his town of Milwaukee, Wisconsin. His journey leads to an unexpected surprise of hope and healing for him and his grieving wife—a Christmas gift to treasure for years to come. Visit my Pinterest Story Board to learn more: 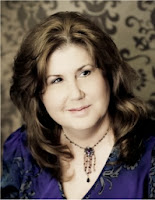 Carla Olson Gade writes adventures of the heart with historical roots. A multi-published author of inspirational historical romance, her books include Pattern for Romance, The Shadow Catcher’s Daughter, Colonial Courtships, Mistletoe Memories, and A Cup of Christmas Cheer. Carla writes from her home in rural Maine where she resides with her family.
Carla’s Website:  www.carlagade.com
Blog – Adventures of the Heart:  www.carlaolsongade.com

Thank you, MaryLu, for hosting me and Carla on your blog! I’d like to chat a little about the
backstory on my hero, Henry, from Snowed In, and about his ocean-going exploits. Since this character was inspired by my father, a WWII wounded veteran, it’s not too hard for me to know details of Henry’s feelings about ocean crossings. Raised in Michigan’s upper peninsula, my father had never been to the ocean until he had training in California. A National Guardsman, my father was activated into duty when Pearl Harbor happened. He was at a camp in Arkansas and was on leave that day driving around with a buddy. But he knew he’d eventually be shipped overseas. And he wasn’t 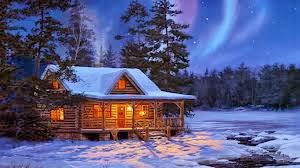 too happy about getting on a ship and crossing the ocean. I am not sure if my great-grandparents shared their story of difficulty crossing from England, or not with him. In any event, he was sent over to England and also crossed the channel from England into Normandy. I always thought he came in on D Day but my husband says Dad told him it was a few days later. I know D Day and its aftermath profoundly affected him, especially because he knew two of his three brothers were there, too. The concern over what the soldiers faced, after crossing the channel, greatly outweighed any other thoughts. He was also returned later, after being shot, to a hospital, then sent over again before the Battle of the Bulge. When he spoke about coming home on that ship, although he was glad to be returning, frankly I believe he was terrified of getting on the ship again because of what a lousy uncomfortable crossing it would be. When offered boat rides, to my recollection he refused them. However, one happy memory I have was of my father riding with me on a ferry across to Mackinac Island. And of course, living on the Great Lakes, we had to take ferry car boats across in some places. All this to say that my character Henry, in the story, didn’t like horses but if you were to ask him—he’d tell you he’d be happy to never cross the ocean on a ship ever again! And as far as a schooner on the Great Lakes—he’d be happy for Carla’s captain to manage that by himself!

Snowed In -  Set in the upper peninsula of Michigan, 19-year-old Eliza’s (name changed to Elsie by the publisher) three younger sisters show up at her second job, seemingly abandoned by their father, after their mother’s death. Her wounded WWII veteran sweetheart takes the girls to his ailing grandmother’s log cabin near the lumber camp where they’d grown up. Although Henry promises to return for Christmas eve, the roads are quickly closed off by a blizzard. Can he make it back for Christmas when his car won’t start and his snowshoe straps break? And will a tender love bloom to a promise? 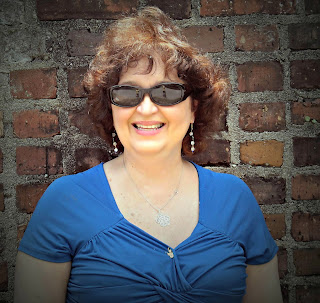 Carrie Fancett Pagels (www.carriefancettpagels.com) is author of an Amazon top-rated Civil War Return to Shirley Plantation: A Civil War Romance. Carrie also contributed to God’s Provision in Tough Times, Lighthouse of the Carolinas (July, 2013). Her short story, Snowed In: A Northwoods Christmas, appears in Guidepost Books “A Cup of Christmas Cheer” (October, 2013). With a Ph.D. in School Psychology, Carrie served as a psychologist for twenty-five years. Carrie is the former ACFW Zone Mid-Atlantic Zone Director and Virginia/West Virginia Area Coordinator and continues to serve as co-hostess of the Tidewater Area Christian Writers group. Married for over 25 years to the love of her life, she resides in Virginia’s historic triangle. She has an 11-year-old son and a 24-year-old daughter.
novella
Carrie has two popular group blogs: Overcoming with God (www.overcomingwithGod.com) and Colonial Quills (www.ColonialQuills.org).

To learn more about A CUP OF CHRISTMAS CHEER, please join us for our BLOG HOP!

Thank you, Ladies, so much for being here!!!
Don't these stories sound great??   Leave a comment for Carla and Carrie with your email address to be entered to win (US addresses only) I'll draw a winner next Friday, the 29th!
Posted by MaryLu Tyndall at 12:30 AM