I'm super excited to reveal the cover for my next release, The Ransom, Book 4 in my Legacy of the King's Pirates series.  Check it out! 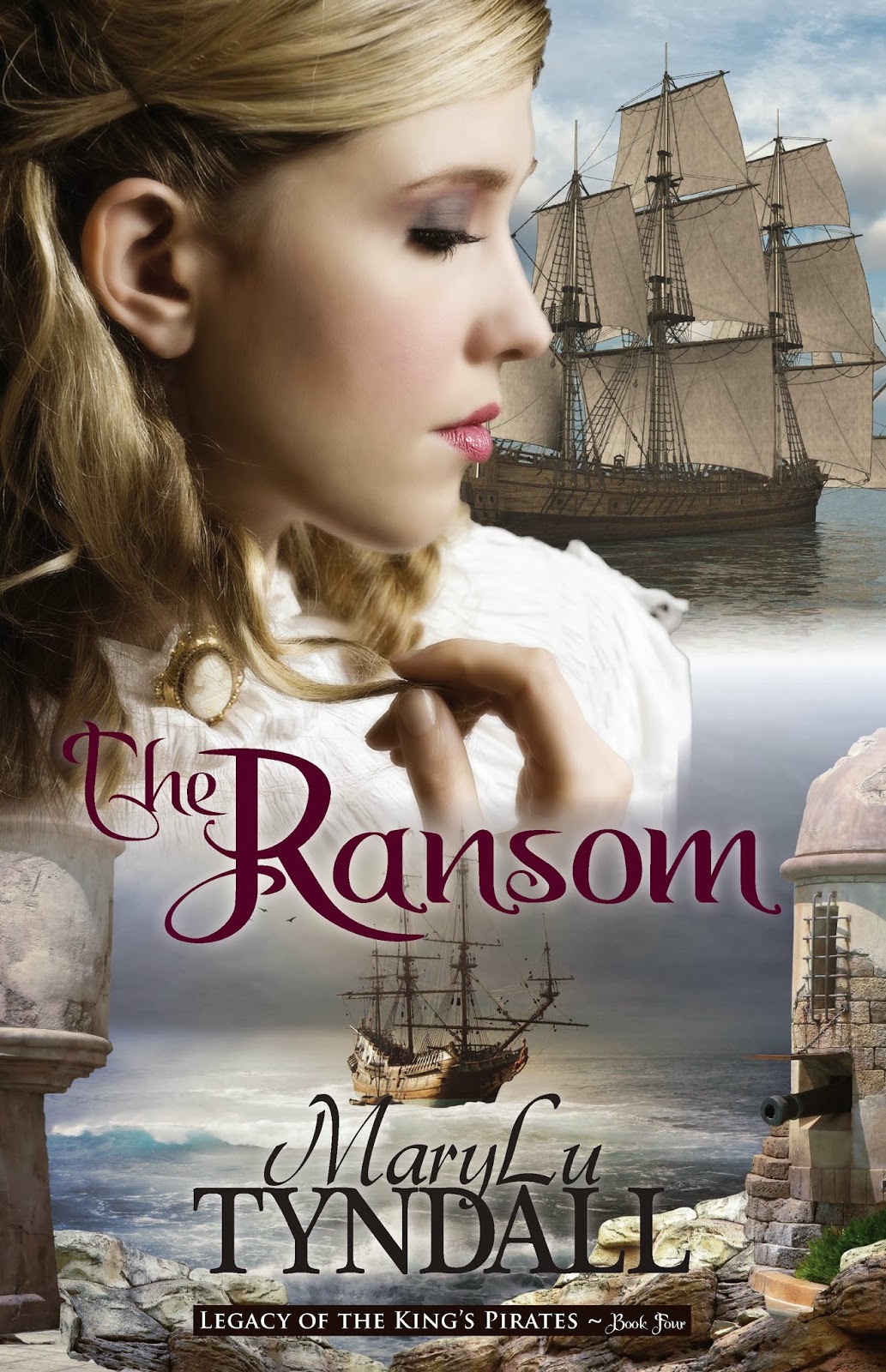 Isn't it GORGEOUS???   My friend and fellow author and designer extraordinaire, Dineen Miller,  designed it. She's so talented. My jaw dropped when I first saw it.  Here's her website, if you'd like to see the books she writes. Dineen Miller

And here is the back cover synopsis of the storyline.  This is a sequel to my original pirate series, but it is NOT necessary that you read those books first. However, it would make me very happy. LOL
I, for one, am quite thrilled to be back in the Caribbean again!

Alexander Hyde, son of the infamous Captain Edmund Merrick Hyde, is the most feared pirate in Port Royal. Disillusioned with the religion of his parents and the pleasures of the world, Alex staves off his emptiness by leading a dual life as both the pretentious dandy, Lord Munthrope, and the feared Pirate Earl.

A long-time enemy is out to destroy Alex and take Juliana for his own. Yet could their problems be a Divine hand leading them down a path of escape? Or when an earthquake strikes, will they be doomed with the rest of Port Royal to be swallowed up by the sea?

So, what do you think? Love the cover? Sound like something you'd like to read? This book releases in early March.  If you'd like to keep up with specials I'll be having and information on my new releases, please sign up for my email newsletter on the right side of this page.  I'll be having a pre-release party here on my blog every Friday for a month starting on February 14th (Valentine's day!) and going through March 7th during which I'll be giving away free copies.

Happy sailing and have a great weekend!