Welcome to the Release party for The Ransom!! 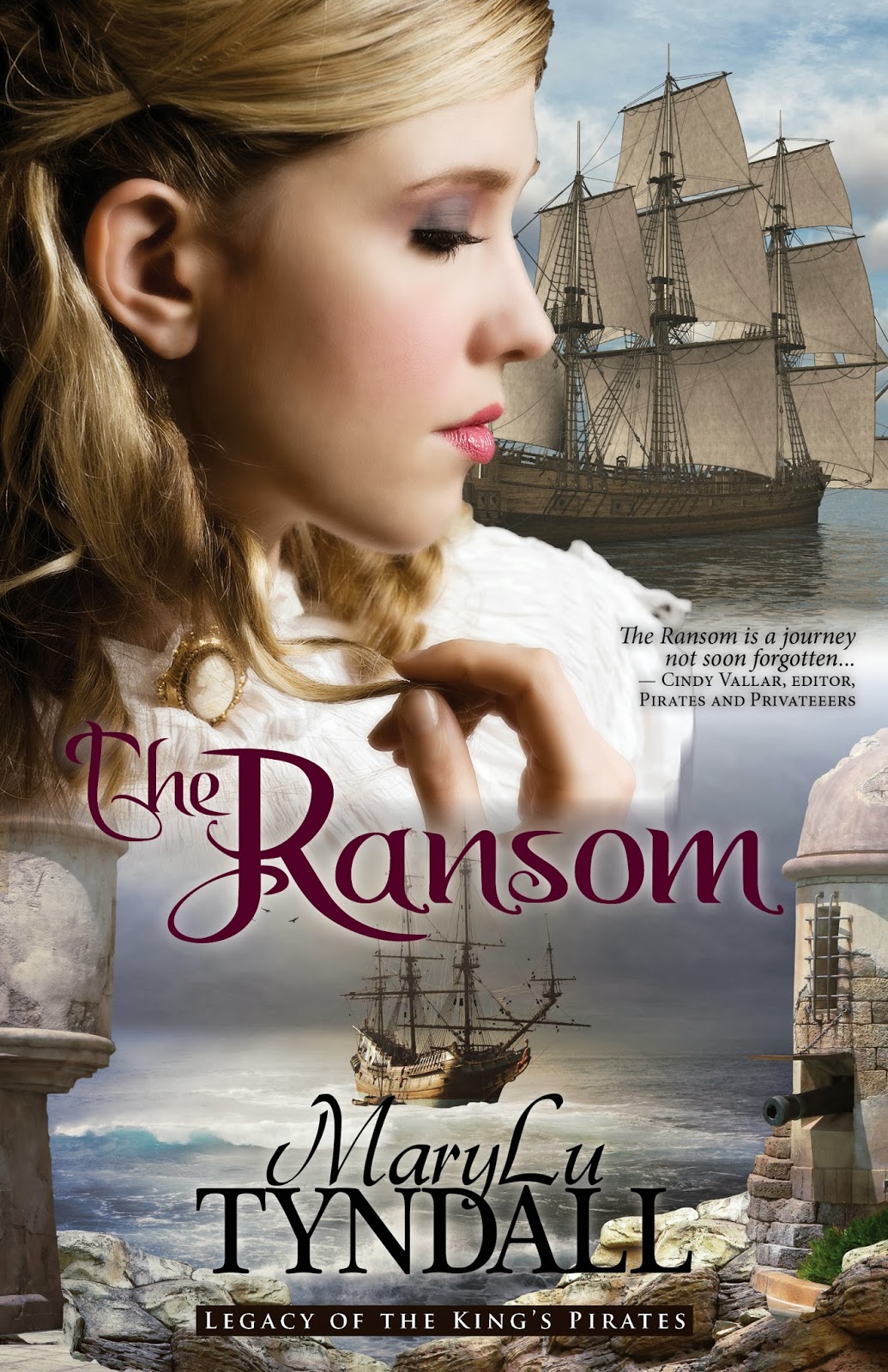 
For those of you who haven't read my Legacy of the King's Pirates series (What are you waiting for?)  you won't be lost. Though some characters from the series are mentioned in this story, it is really a stand-alone.
I received the following endorsement from Cindy Vallar, who is a pirate expert and an author and speaker who teaches classes on pirates. Check out her website Pirates and Privateers, if you have time.


The Ransom is a deftly spun tale of masquerade, redemption, and forgiveness. Tyndall recreates the pirate haven with such realism that it’s as if it rises from its watery grave to show readers why it was once deemed “the Sodom of the New World.” It’s been awhile since her last pirate tale, and this voyage far surpasses the adventure, romance, and spiritual journeys in the previous titles of this series. She paints her characters with such vividness and detail that they come to life, pulling readers into the midst of their lives so we walk beside them through all the dark intrigue and dazzling gaiety. And when the inevitable occurs, we experience their terror, suffering, and salvation. The Ransom is a journey not soon forgotten and one we never want to end.

(By the way, The Ransom is now Available in both e-book and paperback! Click on the cover to the right to purchase!)


Answers to last week's Guess what the character will say contest!

Juliana says:
“By your own admission, sir, you are a pirate. Why should I trust you?” 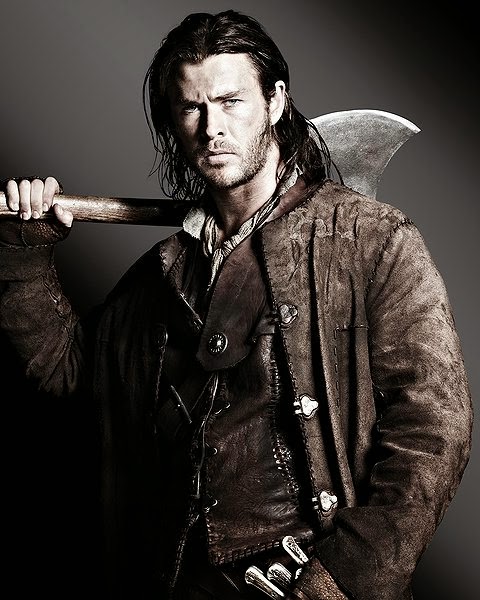 A. "Because, milady, I have already saved your life once tonight."
B. “You shouldn’t.” He shrugged. “But either way, I intend to escort you home."
C.  He grinned. "I neither ask for your trust, nor expect it."
D. "Because appearances can be deceiving."

“That kindness, milady, as foreign as it may seem for pirates, I owe to you.” He rested his hand on the hilt of the cutlass hanging at his side. “I fear you bring out what little good remains in my dark soul.” His tone lacked its usual taunt.


A. "Or is that good just a pretense for attaining my affections?"
B.  "A soul that is dark harbors no good." She hurried on her way.
C.  "Then will you repent of all your crimes here and now, Mr. Pirate?"
D. “Have a care, Mr. Pirate, I may reform you yet.” She dared to smile.

So many of you got it right!!! I'm going to have to try harder next time. :-)
Thanks to all who entered. I had fun reading your comments!

The Earthquake that Sunk A City! 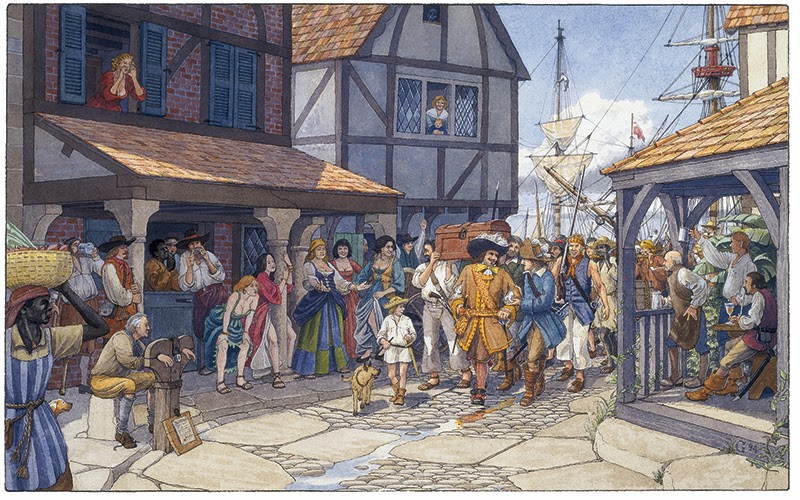 In 1692 an earthquake struck the city of Port Royal Jamaica, a city that had been deemed the Wickedest City in the World. With a population at around 3500, the city was larger than New York City at the time. Cramped, unhealthy, and wanton, the port town was settled for reasons purely of lust and greed and was filled with pirates, privateers, sailors, and other greedy sorts. There were a few honorable souls among the inhabitants,but they were in the minority. Two such honorable men were the Reverend Dr. Emmanuel Heath of Christchurch and Sir Hans Sloane. 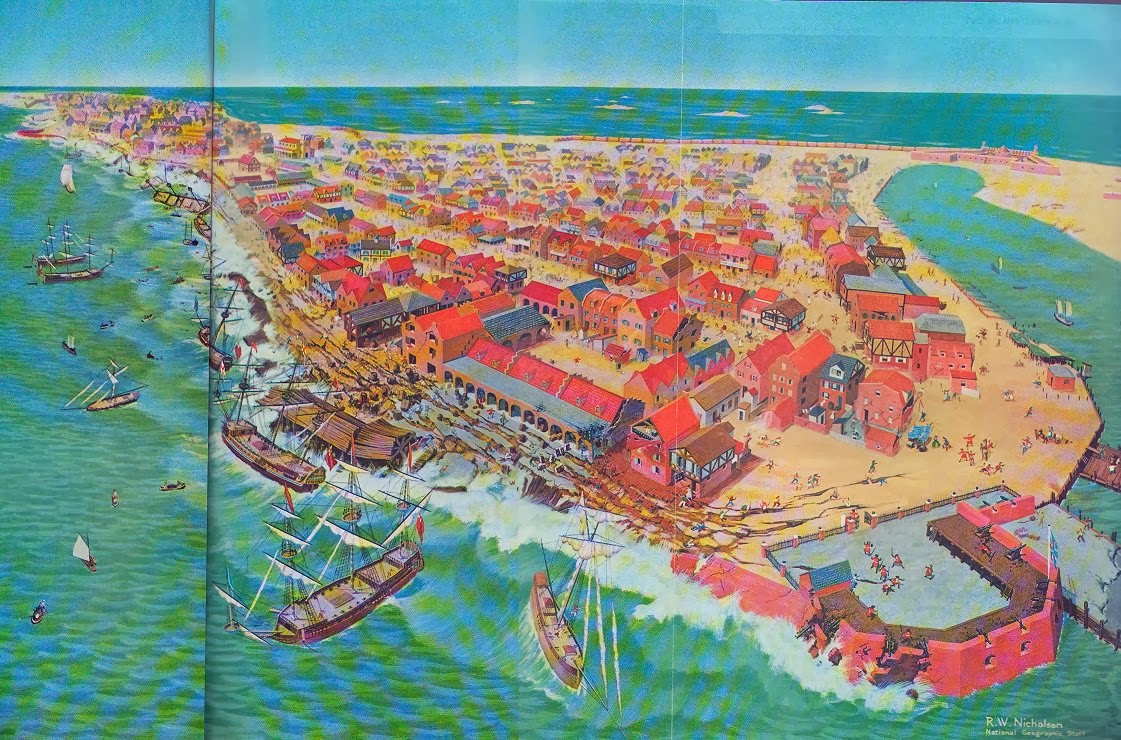 On the morning of June 7th, Dr. Sloane and his son set out for the mainland by canoe to visit patients in Spanish Town. Dr. Heath attended his church as he did every morning trying to set an example for "a most ungodly, debauched people" Dr. Heath was on his way for lunch at the home of Captain Ruden, but he stopped at an Inn to have a glass of wormwood wine with a merchant friend
At approximately 11:40 am the earth began to move beneath him. His friend told him it was only an earthquake and would be over soon, but when Dr. Heath ran into the street, he felt two more larger jolts, and by the time he arrived at Captain Ruden's house, it had vanished into the sea.
Meanwhile out in the harbor Dr. Sloane and his sons reported:

We were near being overwhelmed by a swift rolling sea, six feet above the surface, without any wind, but it pleased God to save us, being forced back to Linguanea, where I found all houses even with the ground, not a place to put one's head in, but in Negro houses. The terrible earthquake shook down and drowned nine-tenths of the town of Port Royal in two minutes time, and by the wharfside in less than one. Very few escaped there. I lost all my people and goods, my wife and two men, Mrs. B and her daughter. One white maid escaped who gave me an account that her mistress was in her closet, two pair of stairs high, and she was sent into the garret, where Mrs. B and her daughter were, when she felt the earth quake and bid her take up her child and run down, but, turning about, met the water at the top of the garret stairs, for the house sunk right down and is now under thirty feet of water 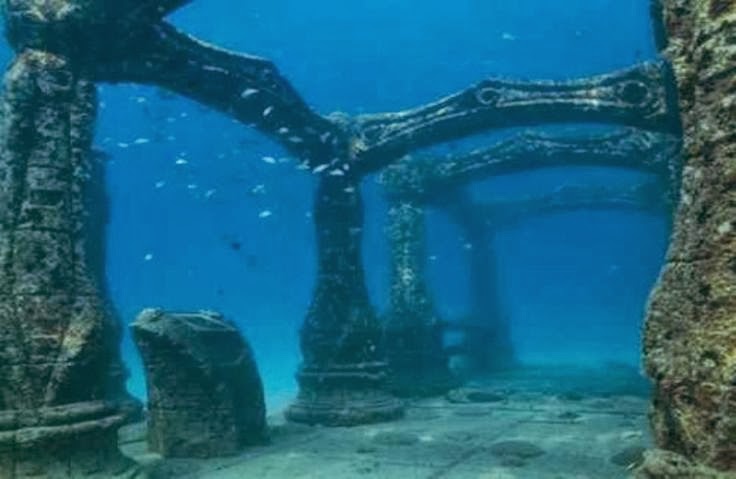 Two-thirds of the town, sank into the sea immediately after the main shock. According to Robert Renny in his 'An History of Jamaica' (1807): "All the wharves sunk at once, and in the space of two minutes, nine-tenths of the city were covered with water, which was raised to such a height, that it entered the uppermost rooms of the few houses which were left standing. The tops of the highest houses, were visible in the water, and surrounded by the masts of vessels, which had been sunk along with them."

It is believed that nearly 2000 people lost their lives in the actual quake and several hundred more in the disease and looting and starvation afterward. 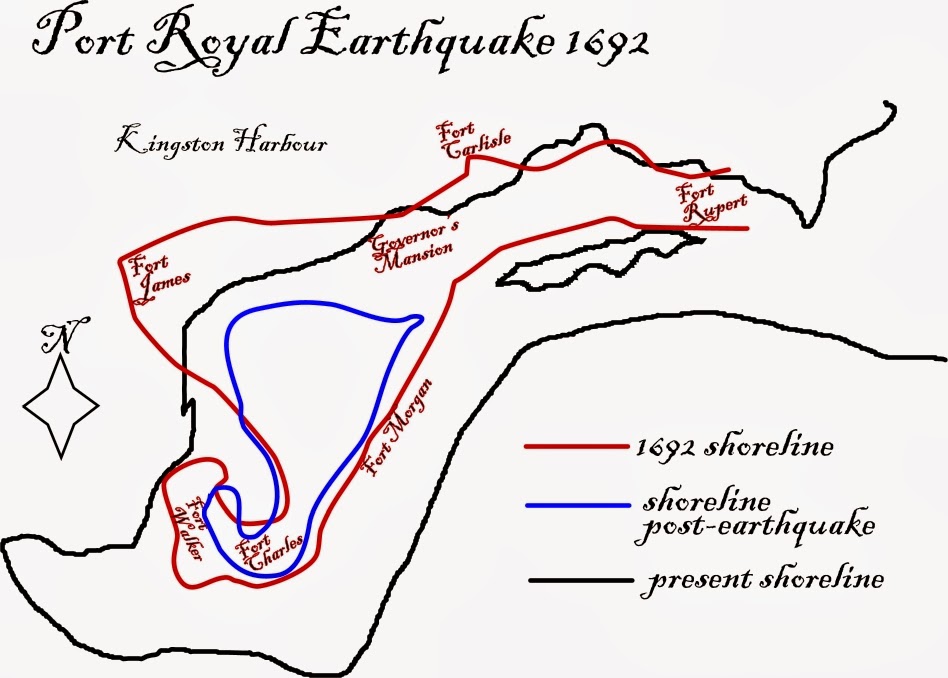 Please leave a comment with your email address to enter to win The Ransom! I will draw the final winner next Friday March 14th. (Print copy in US only)  Thanks so much for joining me in The Ransom's Pre-release Party!!!  I hope you've had fun!