Is Heaven for Real?

I saw the new movie, Heaven is For Real, on Saturday.

Loved it! The little boy was beyond adorable, and the family was down to earth. I loved that even 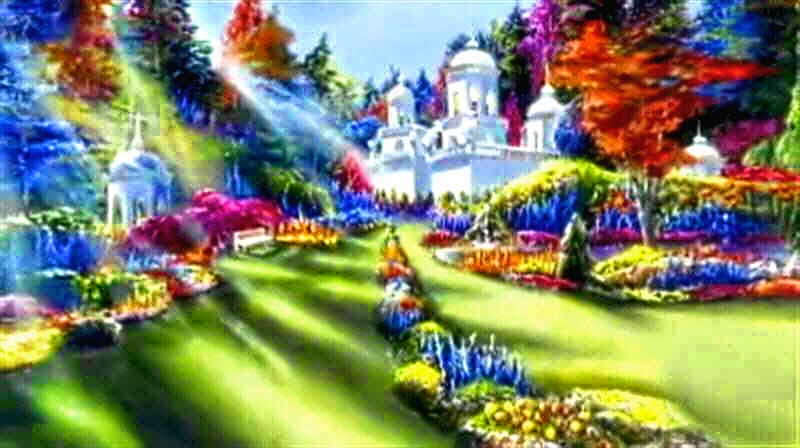 though the father was a pastor of a church, they had struggles like every family does. They struggled with kids, money, jobs, difficult people, and yes, they struggled with their faith too. Even when their son kept telling them visions he had of heaven, neither parent believed him. Yet slowly each of them had to deal with their own doubts and even question their own faith in eternity.

Is everything we believe about God and Jesus and Heaven real? Or are we just spouting myths to make people feel better? Is there a real place called Heaven where people go after death, where we walk and talk and live and breathe and eat and play and laugh just like we do here on earth? But without the pain and sorrow?  That's the question every theologian and nearly eery person throughout history has asked at one point.

Or is heaven some sort of weird spiritual consciousness we all just blend into together and lose our identities in a cloud of love and eternal existence?  Or is there a heaven at all? Are we just deluding ourselves into believing there is anything past this life?  Are God, Religion and Heaven just inventions of human thinking to keep us from giving up on everything? To keep us from behaving like animals because if this is it, what's the point? Didn't the atheist Karl Marx say that Religion was the opiate of the masses?

Yet throughout history people have declared that they have seen heaven or somehow visited heaven. Some, perhaps most, of these are hoaxes used to make money. But I sincerely believe that it's possible for God to give select people visions of heaven for certain purposes that only He knows.  The Apostle Paul himself visiting heaven.

It is widely believed Paul was referring to himself in this Scripture because he goes on to say he doesn't wish to boast.  The apostle John also visited heaven and describes his visions in the book of Revelation.

I know a man, a very Godly pastor in fact, who also says he was given a vision of Heaven. His name is John Fenn and is one of the pastors I study under. Yet, he doesn't use his vision to make money and he's not all over the news.  His vision of heaven and this young boy's in the movie were nearly identical. Also from what I know about heaven, I saw nothing in the movie that went against Scripture.

Some people are criticizing the movie because for all the talk of Heaven there was not one mention of how to get there. While I would agree with that, I would also point out that there was MUCH talk about Jesus. In fact, our Savior even made a few appearances. He's the one who took the little boy on his journey of heaven, in fact. He's also the one who introduced the boy to his sister in heaven.  Yes, it would have been good to specifically lay it out, but I believe there was enough information given for people to understand that it is through Jesus that one enters Heaven.

I saw an interview with this kid on Hanity the other day. He is 14 now and he was on with his father. Hanity asked him "So, does everyone get into Heaven?"  I stopped what I was doing to listen to the answer because based on this kid's answer, I was going to go see the movie or not go see it. This is what this 14 year old said.
"No. Only people who love Jesus are there."

All I have to say is Wow, what a great answer! It's the perfect answer. So many theologians and even Christians will say, you have to believe in Jesus and repent of your sins and receive his sacrifice for your sins. Right? Isn't that what we are taught? Yet how many people sit in church pews today who believe in Jesus but don't really know Him at all?  I would say many. But if you love Jesus, I mean truly love Him, that means you must know Him, and if you know Him then you must believe He exists and if you believe He exists and you know Him and love Him, then it follows that you are following Him and have been forgiven of your sins.

Ultimately whether you go to heaven or hell rests on how you feel about Jesus.

One more thought on the movie. One thing the kid said really struck me. It was something like "We don't have to ever be afraid. It's all going to work out."

In other words, no matter what you are going through, sickness, unemployment, bad marriage, abuse, lost children, failed relationships, no money, etc. . .   no matter what, if you love Jesus, all of it will work out for your good in the end. And you'll spend eternity in a place like the kid described "Just like here but better."   I would add to that, MUCH MUCH Better!!

The painting at the beginning of this post is by a young girl who also claims to have gone to heaven. She paints her impressions of what she saw there. Her name is Akiane Kramarik

Your thoughts on heaven?