The Re-Release of The Redemption!

First of all, Happy Good Friday!  Although I suppose I shouldn't use the term happy because of the suffering our Lord endured for us. I don't take it for granted what he went through. In fact, to this day I still can't watch The Passion of the Christ again. I love that movie but the explicit scenes of Christ's suffering are too much for me. And I believe it was much much worse than even that movie portrayed. Thank God and Thank you Jesus for going through that for us. He went through it for you... and me, even if we were the only ones left on earth. That blows my mind.

Anyway, perhaps it's fitting that I re-release my very first novel ever, The Redemption, today. It is a story of redemption, after all, and isn't that what Good Friday is all about?  I haven't owned the rights for my pirate series for quite a while and I finally was able to get them back. So, I edited the book and slapped a new cover on it and voila! It's available again in ebook now and print in a few weeks. The story is the same. I merely made the writing flow a bit more smoothly.

Please celebrate with me the release of The Redemption!  And let me know what you think of the new cover! 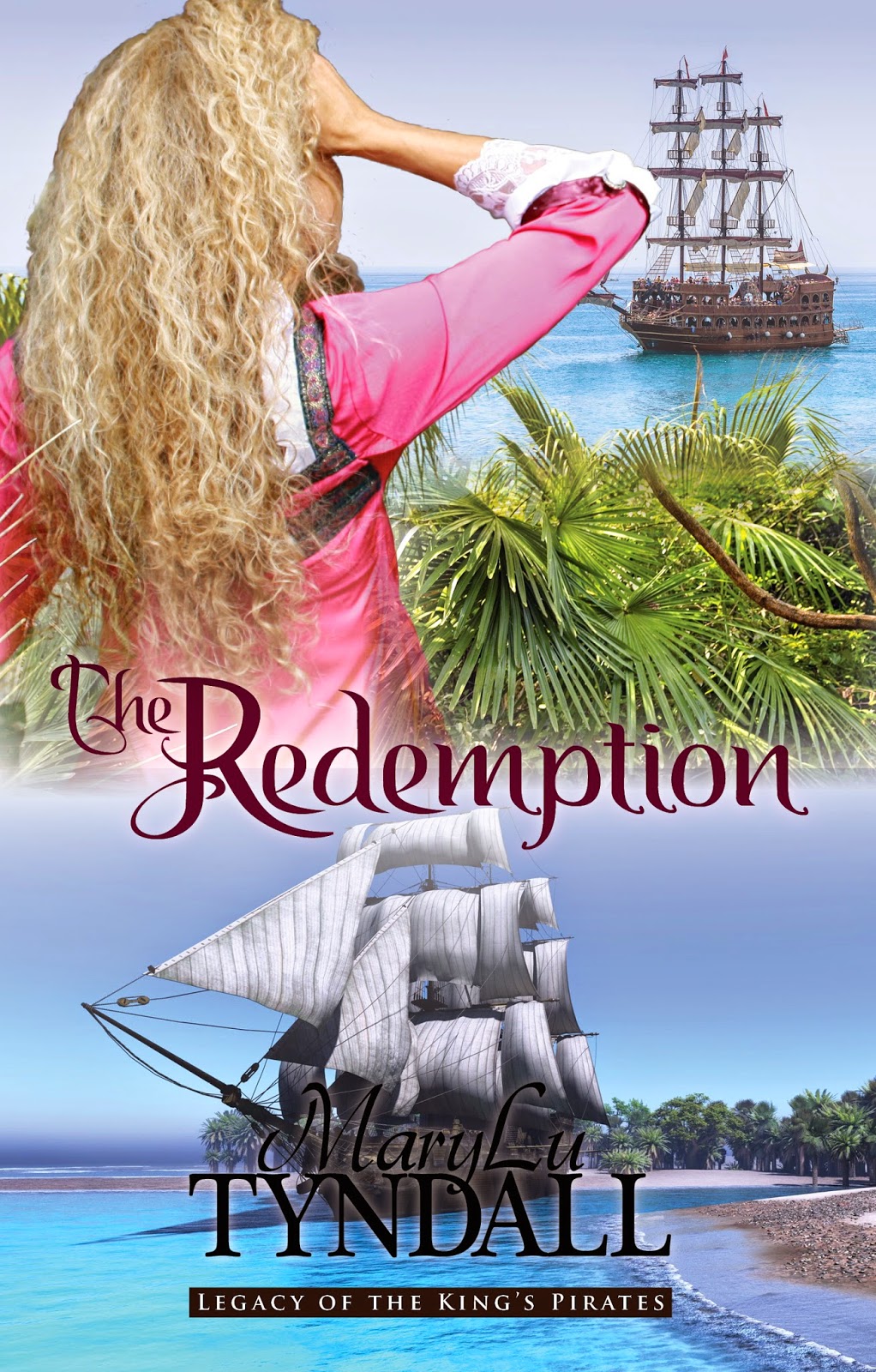 Charlisse Bristol sets off on a voyage in search of a father she never knew, only to become shipwrecked on an island. She longs for a father’s love to fill the emptiness in her soul from an abusive childhood, but resigns herself to a lonely death of starvation. Her salvation comes in the form of a band of pirates and their fierce, enigmatic leader, Captain Merrick.

The last thing Merrick expected to find in the middle of the Caribbean was a beautiful maiden. Now he is burdened with the task of not only protecting her from his crew, but from himself. A recent convert to Christianity, Merrick is haunted by a sordid past while he struggles to become a better man and accepts a mission from God to hunt down the most vicious pirates on the Caribbean.
Charlisse can make no sense of Captain Merrick. A pirate who prays and drinks rum? Breaking her vow to never trust any man, she finds herself falling for the pirate/priest, who more than once risks his life to save her. When she confides in him her quest to find her father, Merrick agrees to help. What he doesn’t realize is Charlisse’s father is the ruthless Edward the Terror, the one man Merrick has vowed to hunt down and kill.

Evil forces are at work against Charlisse and Merrick: enemies, battles, imprisonment, jealousy, and betrayal, all threaten to destroy not only their new found romance but their very lives. It will take a miracle—or several—for either of them to survive.

If you'd like to win a free E-copy of the book, please leave a comment with your email address. I'll choose TWO winners next Friday.

In the meantime, I pray you and your family have a lovely, blessed Resurrection weekend!