Welcome to the Third week of my Pre-release party for ABANDONED MEMORIES!!  A fascinating tale of romance, love, adventure and spiritual warfare in the midst of the Brazilian jungle! 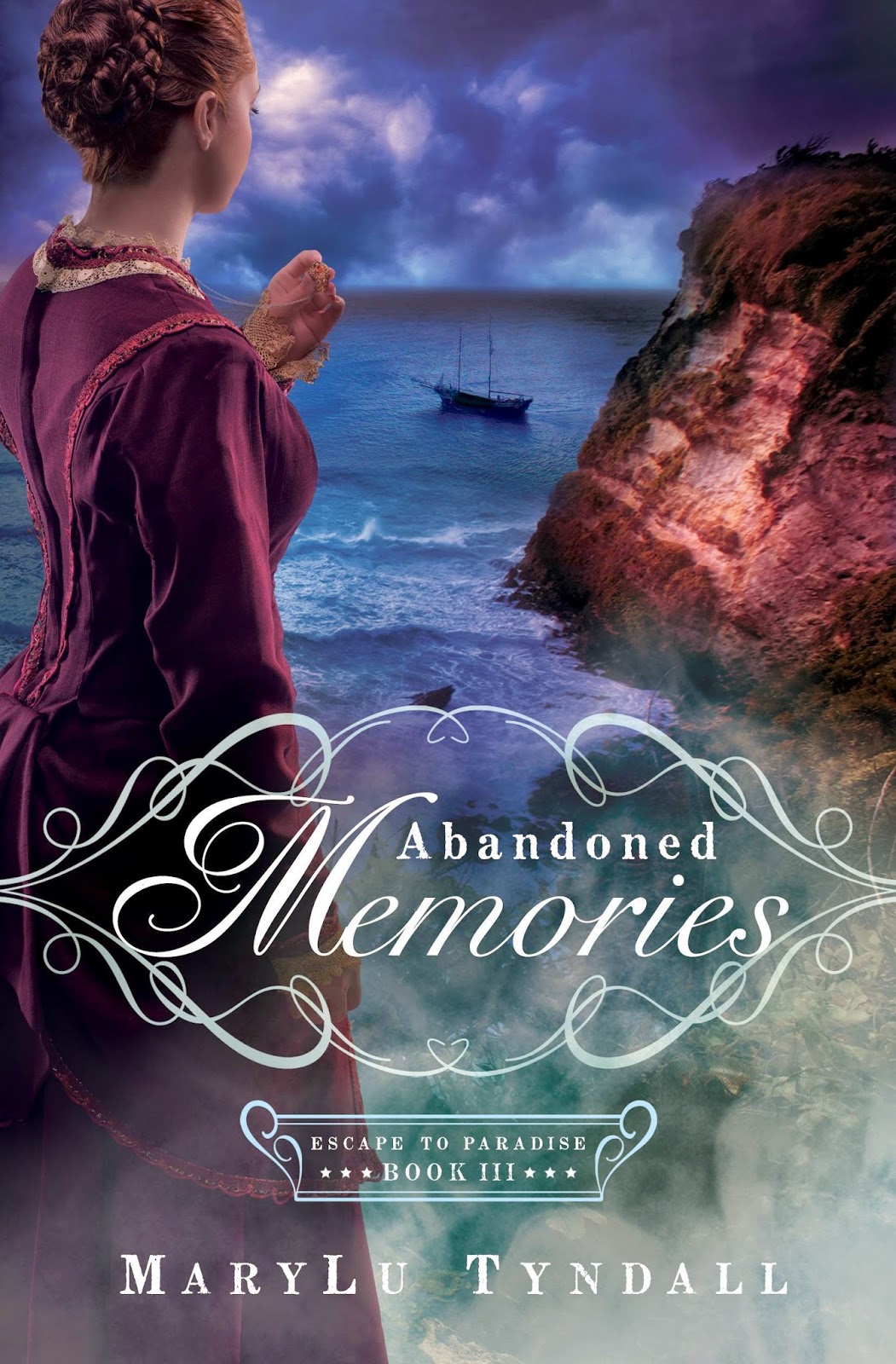 Something sinister lurks in the lush Brazilian jungle. . . .

It is 1866 and the fledgling Confederate colony of New Hope is Angeline Moore’s last chance at a normal life. Running from the law, she longs to make a fresh start in this new Southern Utopia. But a series of strange disasters threaten to destroy everything the colonists have worked for, and strange visions threaten to reveal a past Angeline is desperate to hide.

James Callaway failed at both doctoring and preaching, but he hopes that his move to Brazil will give him another chance to become the spiritual leader he so desires. He longs to create a world free from the immorality that plagued every street corner back home and ruined his life. And he believes Angeline is just the sort of refined woman he needs to keep him on the right track.

But something is amiss in New Hope: haunting visions, the discovery of crypts beneath an ancient temple, and an archaic Hebrew book, set the colonists’ fears on edge. When one of their own is murdered, a series of disasters leads them to believe God has brought them to Brazil to defeat an evil that, if unleashed, could wreak havoc on the entire world.

The last two weeks, we've learned about both the heroine and the hero.  Today we are going to play GUESS WHAT THE CHARACTER WILL SAY NEXT!  A fan favorite game.  Based on what you learned the past two weeks, read this little scene and then choose the answer you think best fits what the character will say.

Angeline and James have just escaped being eaten by army ants and are perched up in a tree.


“You’re trembling.” James swung an arm around her and drew her close.
“Who wouldn’t be?” She wiggled from beneath his touch. “With a horde of army ants beneath our feet.” She hated that she’d put a frown on his face, but she rarely allowed anyone to touch her—especially a man.
Taking the hint, he moved away. “If I act inappropriately, you still have your pistol.” He gestured toward the weapon stuffed in her belt as a rakish grin appeared on his lips.
She laughed and plucked out the pistol, laying it beside her. “I’d forgotten all about it.” Though as uncomfortable as it was pressed against her belly, she didn’t know how. She raised a coy brow.      “Don’t think I won’t use it, Doctor.”
“Oh, I have no doubt, Miss.” He lifted his hands in surrender. “You can count on me to be a gentleman.”
Yes, she did believe she could. But that only made things harder. She looked away. “I suppose I should thank you, yet again.”
“Not if you don’t mean it.”
A breeze swirled through the leaves of the tree, dousing her with the scent that was uniquely James—all musk and man. “Of course I mean it. . .I do thank you. It’s just that. . .” She sighed. “Never mind.” Bundling Stowy close to her chest, she suddenly wishing she weren’t alone with James. He had a way about him that made her want to share things she wouldn’t share with anyone. She supposed it was the preacher in him. His duty to care for people and listen to their problems.
He stretched his legs out, dangling one over the side of their wooden platform. “But you’d rather not accept anyone’s help, is that it?”
She searched his eyes for any mockery but found only concern. “Do you find that so odd?”
“For a lady, yes.”
“So you assume all women are weak and in need of help?”
His brows shot up and a grin touched his lips. “Whoa, I didn’t say that. I meant no disrespect, Angeline.”
She looked away. “Forgive me. I suppose it’s just the stress of being chased by killer ants.” She forced a smile, trying to lighten the conversation. It wasn’t James’s fault she trusted no one.
Placing a finger beneath her chin, he turned her to face him. “There’s no shame in needing help.” His eyes seemed to look right through her, and she found the sensation unsettling to say the least.

Now how does Angeline respond?

A. Releasing a sigh, she leaned on his shoulder. "I suppose you're right."
B. She jerked from his touch. “It depends on the price.”
C. She gave him a sultry smile. "You're just too kind for your own good, Doctor."
D. "Not only a good preacher but wise too. How can I resist such a man?"

Leave your answer with your email and I'll draw a winner next Friday.!!  Be sure to return for the final week when I discuss my views on spiritual warfare and give one final chance to win!!