What about those Catholics?

I had the privilege of watching my only daughter baptized into the Catholic church last Sunday, along with my granddaughter. I had never been to a Catholic Mass before, and especially not one done all in Latin. I hear they are rare these days, but my daughter really likes them. So, there I am, this crazy charismatic Protestant walking into this gorgeous, steepled-ceilinged stained-glass sanctuary where everyone sprinkles holy water on themselves and kneels at the edge of the pew before they sit. All totally foreign to me!

I grew up in a charismatic church with lots of singing and tambourines and healings and Holy Ghost shouts. It was great! Very exciting. My church now is much more subdued, a typical non-denominational American church with the band on the stage and several lively songs followed by a sermon, etc.

My experience last Sunday was one words cannot describe. The minute you enter the sanctuary, all is quiet. No one is talking. Everyone is either kneeling and praying or sitting in reverence. So unlike our modern day church where everyone comes into the church laughing and talking, drinking coffee and eating donuts and kids are running around. The reverence and awe that filled the place really touched me, and the quiet moments before the service began helped me focus on God. 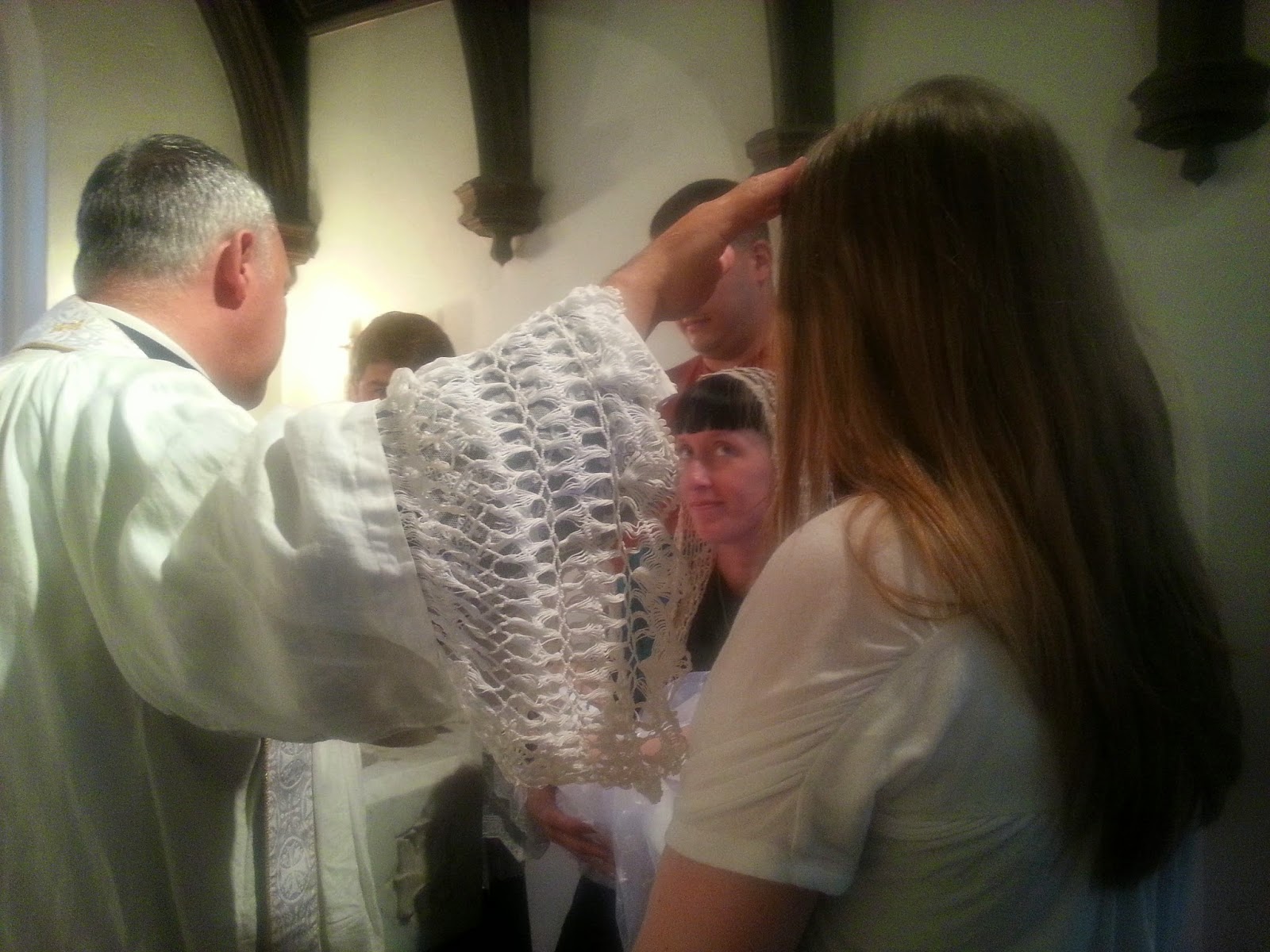 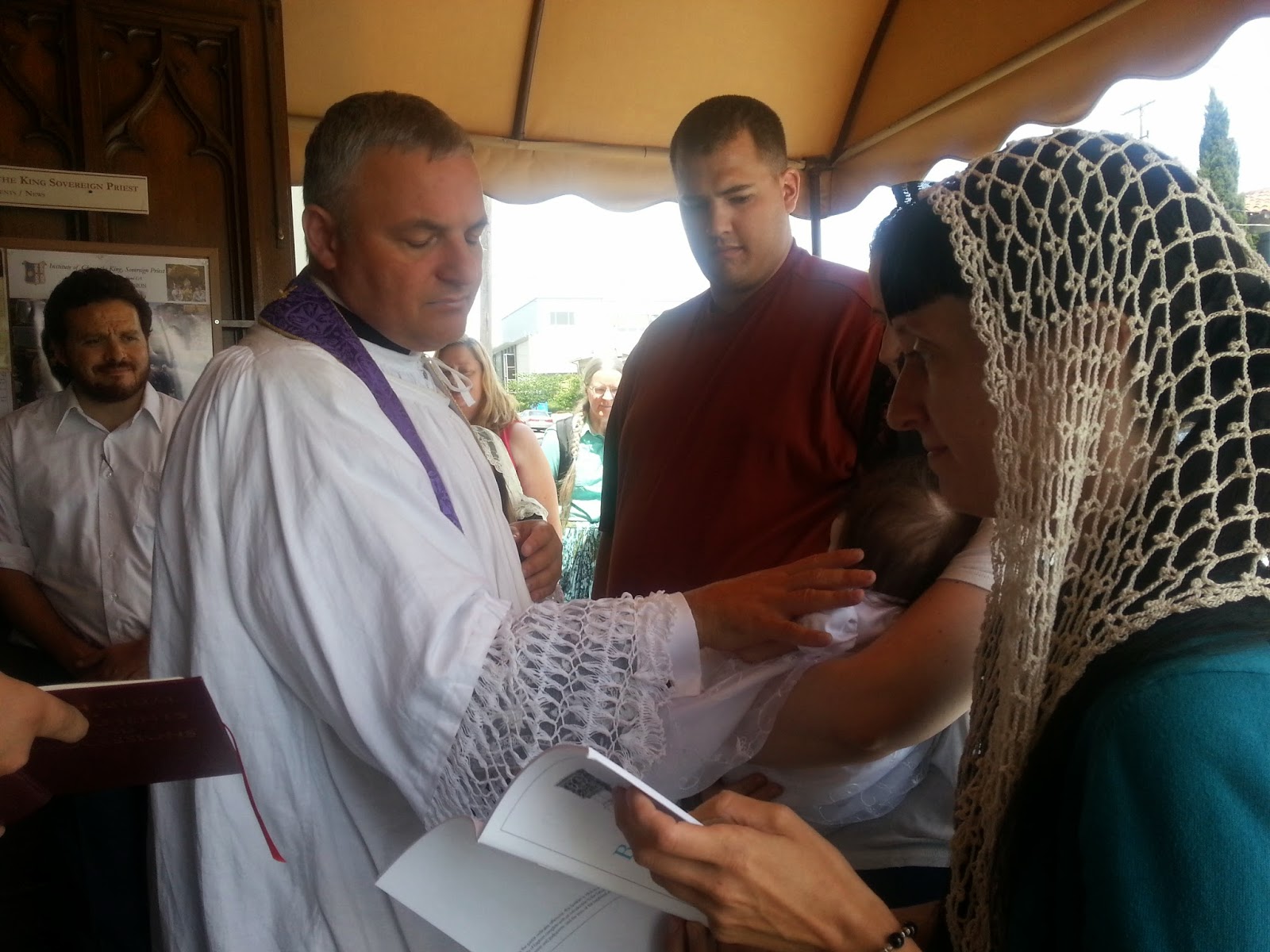 Then as the service began, candles were lit, bells rung, and the priest and his procession walked down the aisle carrying a golden crucifix. The choir, perched above and behind me, sang in Latin with the voice of angels as  the priest stood before the altar and read the Scripture. I was enthralled through the entire service, and particularly afterward when my daughter went through a 45 minute baptism ceremony, all done in Latin. It was amazing.

No, I'm not converting to Catholicism. But the experience impressed upon me how irreverent our churches have become. How irreverent Protestantism has become. Do we take God for granted? Are we so enamored with His grace that we forget He is the Almighty Creator of the Universe who deserves our worship?  Sometimes I wonder. Is our worship more about how great our band is on the stage, how emotionally charged up they can get us? Or is our focus on God during the music? I loved that the choir was out of site in the Catholic church. Then the focus is on God and not a performance.

Yes, the Catholics have some weird beliefs. Pergatory, Limbo, The belief that the bread and wine actually transform into Jesus's body and blood (There's a name for this but I forget), the worship of saints, and the fact that most Catholics believe only Catholics go to heaven.   But don't some Protestants have some weird beliefs too?  I mean we can't seem to agree on anything. How many different sects have we divided into? Baptists, Presbyterians, Methodists, Charismatics, Non-demnominationals.. etc...  each believing they are right. I went to a Baptist high school and we weren't allowed to dance or play cards (even Solitaire!)

All I guess I'm saying is that I believe we have more in common then not. I believe we both have great things to offer.  Maybe we could learn a thing or two from each other? The only requirement for salvation is what Paul said in Romans 10
If you confess with your mouth Jesus as Lord, and believe in your heart that God raised Him from the dead, you will be saved; 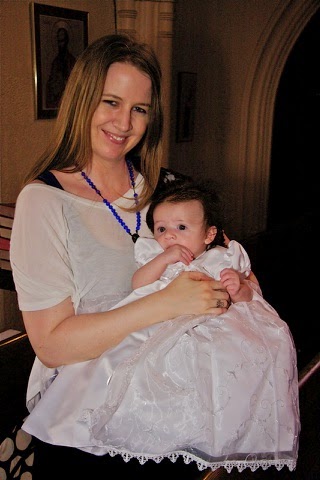