As some of you may know I'm editing my Legacy of the King's Pirates series (tightening the writing, making it flow better, adding minor things here and there)  and putting new covers on them and then re-releasing them in both print and e-book.  Here's the final cover of the third book in the trilogy, The Restitution. It's the only cover I put the hero on. Why? Because I found this awesome picture on line and the minute I saw it, it looked like Kent Carlton, the pirate captain in the book. 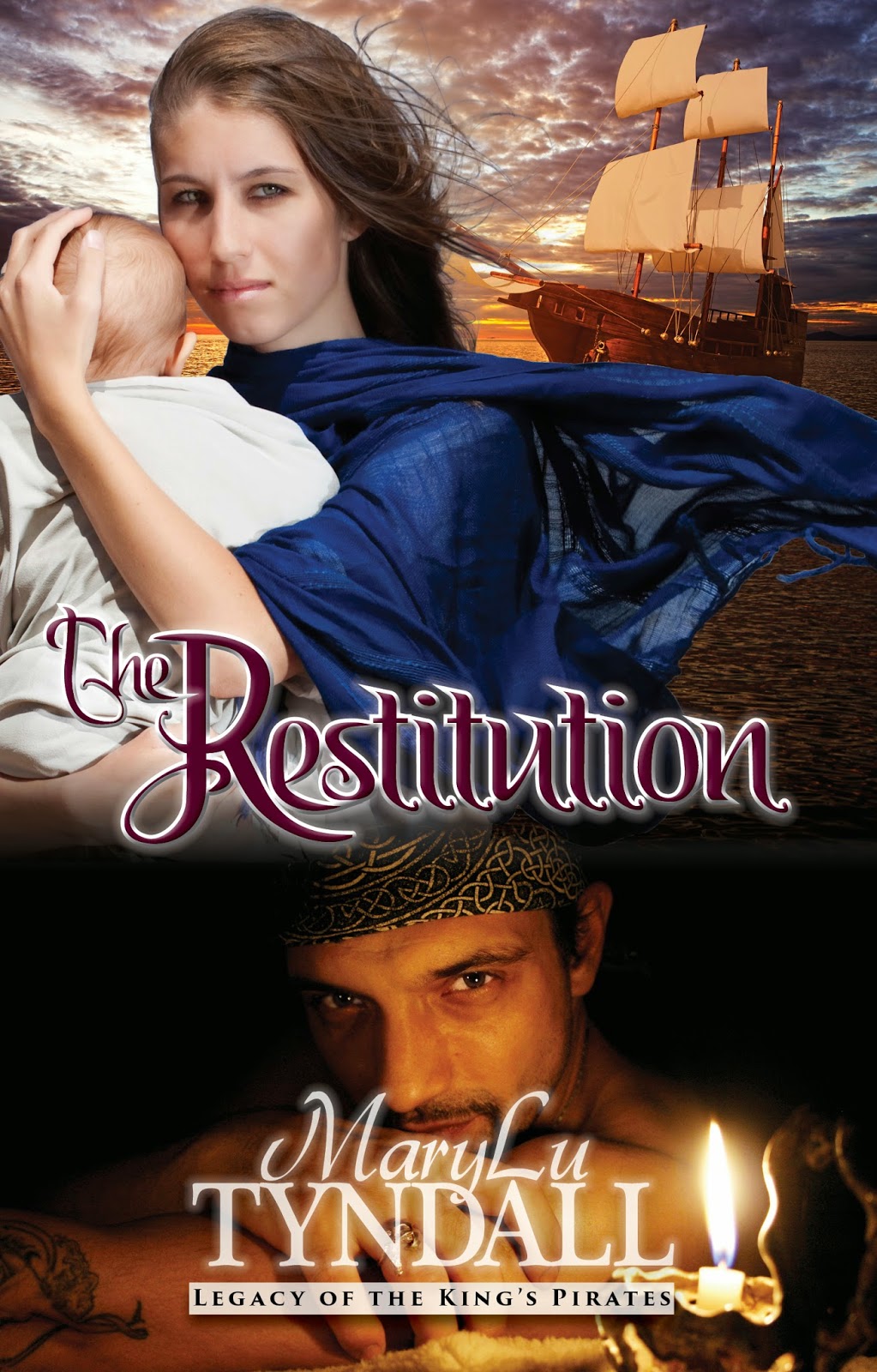 A woman’s desperate search for her kidnapped child
A father seeking forgiveness for an unconscionable act
Only when they join forces, can they save their son

Lady Isabel Ashton longs to marry a nobleman and live out her days in the wealth and privilege she is accustomed to as the daughter of an earl. But her plans went awry when she was kidnapped and ravished by a notorious pirate captain. Scorned by society and banished by her family to live on the island of Jamaica, Isabel decides to keep her baby. But then her precious child is kidnapped. Desperate to find him, Isabel soon discovers she must accept the help of the one man she hates most in the world—the boy's father.

Determined to win the heart and forgiveness of the woman he ravished, Captain Kent Carlton searches every port in the Caribbean for Isabel. Drowning his sorrows in rum and cards, he has all but given up when an acquaintance informs him, first of the child’s existence, and then of the kidnapping and Isabel's whereabouts. Thrilled Isabel agrees to accept his help, Kent soon finds himself involved in a plot of deception and revenge that threaten to destroy both him and Isabel and keep them from their son forever.

So when am I releasing this?  My hope is by mid-August. So, be on the lookout!!
Also I'm planning on making the four books in this series into a box set (ebook only) soon, so you'll be able to get all four together for a really good price!

Look for great specials after the release of The Restitution!!  Sign up for my newsletter to hear about them first!!

Have a great weekend everyone!