My thoughts on the Left Behind Movie and the Rapture

I went to see the new Left Behind movie over the weekend. In truth, I was a bit nervous. I wanted it to be really good: well made, well acted, great dialogue, interesting characters, great plot with some really tense moments and a fabulous ending. I also wanted it to portray Christians and Christianity in a positive light, not like people of faith are some wacked-out nut jobs. What I didn't want to see, as is so often the case with Christian film, is mediocrity in all of the above.  Well, I'm glad to report that when I left the theater, I was very happy. It was a great film!. The only complaint I had was the background music. It just wasn't quite right. It distracted me instead of adding to the movie. But the rest was superb. I'm actually thinking of going to see it again!

The most impacting thing for me was the actual moment when Christians disappeared. I had never really thought about how people left behind would feel, but the way it was played out was heart-wrenching. Mothers screaming for their children, husbands for their wives, people dashing everywhere looking for their loved ones. Can you imagine the horror, the panic?

If you haven't seen this movie, please go! Whether you believe in the rapture or not, please go and support good Christian films like this one so they will make more!!  Have you seen the junk Hollywood is putting out these days?

(It's the same thing with books and authors. If you want an author to keep writing good Christian books, then you need to BUY his or her book! Not borrow it or get it for free somewhere. But I digress)

Christians are all over the map on the Rapture. Some people believe in it, others don't. Those who do believe in it, argue over the timing.  Churches have been split and friendships severed over whether they believed in a pre- mid- or post- tribulation rapture. Ridiculous! Can you imagine how very sad this makes God?

I've had a keen interest in this topic and in eschatology in general ever since I became a Christian. It was due to a prophecy in Ezekiel that I finally turned back to the Lord in my mid-30s so naturally prophecy became a passion of mine. Hence I've done a great deal of study on the rapture and I've come to the following conclusions:

But you, brethren, are not in darkness, so that this Day should overtake you as a thief. You are all sons of light and sons of the day. We are not of the night nor of darkness. Therefore let us not sleep, as others do, but let us watch and be sober. 1 Thess 5:4-6

Let no one deceive you by any means; for that Day will not come unless the falling away comes first, and the man of sin is revealed, the son of perdition, who opposes and exalts himself above all that is called God or that is worshiped, so that he sits as God in the temple of God, showing himself that he is God. 2 Thess 2:3-4


Then he shall confirm a covenant with many for one week (7 years);
But in the middle of the weekHe shall bring an end to sacrifice and offering Daniel 9:27

The Apostle Paul says this day will NOT come like a thief upon us like it will the rest of the world because we are children of the light. That coupled with many signs that Jesus gave us in Matthew 24 and Luke 21, and Paul's writing on the matter, I believe we can know when the time is getting close. Do I think we are close? Yes, I do. But whether close means 2 or 3 years or 20 I don't know. I do believe it will be in my lifetime.

I know many of you don't believe this. Some don't even believe in the rapture, others believe in a mid or post trib rapture and some (like my husband) believe the rapture could be hundreds of years away. That's fine. I respect your opinions. I truly do, and I don't wish to get into a theological argument on this blog. Or anywhere, actually, so please don't leave angry comments.  In truth, it really doesn't matter in the end because if we are Christ followers, we'll all find out when we get to heaven!!   And I doubt we will give it much thought then anyway.

"Now when these things begin to happen, look up and lift up your heads, because your redemption draws near.”  Jesus, Luke 21:28 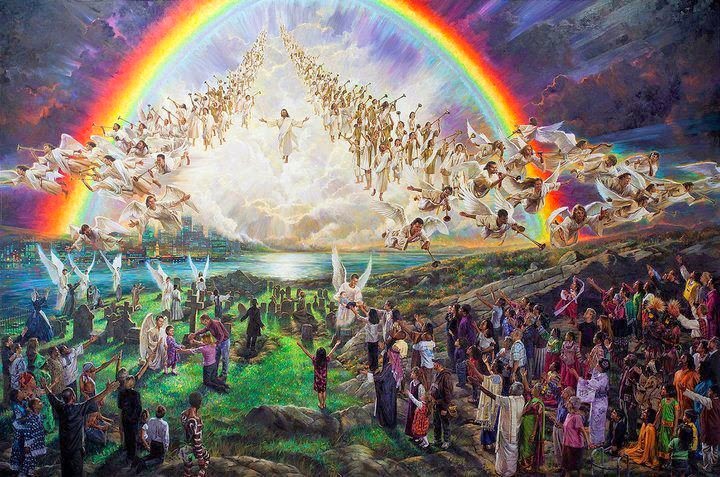