I know most of you are still running here and there, doing last minute baking and shopping and wrapping, so I'll keep this short. I was at the mall on Friday and was stunned to see no decorations at all. I wondered why and thought perhaps they thought putting them up would offend someone. Here in California, we are all about tolerance and being non-offensive (Unless it comes to Christianity)  Anyway, as usual there seems to be a heightened stress in the air, accompanied by a depression, and I'm reminded how difficult this season can be for so many.  Those without families, older people in homes, those with chronic illnesses, those who have no money for gifts or even food, parents who can't buy their kids something, those who have lost loved ones, those who have dysfunctional families who get together and fight and cause stress.... I could go on.  It seems the enemy has done a good job at getting our focus off the best news of all time that could have ever happened on earth.

The Prince came on a rescue mission to save us from eternal damnation and to defeat evil once and for all. He came first as a baby who grew to a man who then sacrificed his life for us. (Because He loved us so much!) Next time He'll come back as a Warrior King who will rule and reign in righteousness, and we will be with Him forever!

It's a bit like a fairy tale, isn't it? The damsel in distress held captive by the evil warlock, doomed to live in the dungeon forever. But then the prince shows up on his white horse with his sword and he defeats the warlock and carries us off to his palace to live happily ever after! 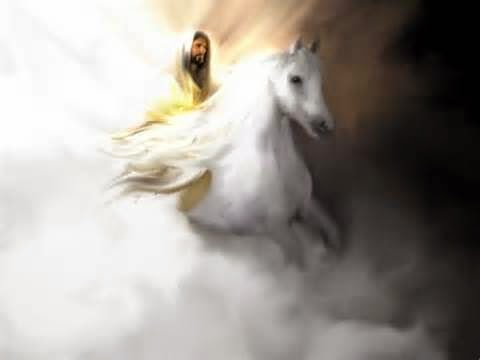 Who says Fairy Tales aren't true?  Who says there aren't Happily Ever Afters?  We believers are living in a Fairy Tale that is more real then what we see around us. The entire world longs to believe in happily ever afters, that good will always defeat evil, that love will always prevail!  That's what Jesus came to do. I pray that no matter what you are facing this Christmas season, that thought will give you the hope and joy to endure anything until He returns!

From my family to yours, Merry, Merry Christmas and Happily Ever After to you!