It amazes me that it is almost April.  I love Springtime and I hope most of you are now starting to dig yourselves out from under all the snow you received this winter and are enjoying some of the sun's warm rays. I always thank God for the sun... it's like this giant heater in the sky. What a great idea! Speaking of the sun, don't always slather tons of sunscreen on. Yes, we must be careful not to get burned, but the sun has tons of nutrients in it that we need, so it's okay to bare your skin and soak up some rays now and then, eh?

Speaking of Spring, I'm quite proud of my box garden on the side of my driveway, and wanted to share it. Believe me, I've done nothing to deserve such beauty. I don't water, weed, or feed! 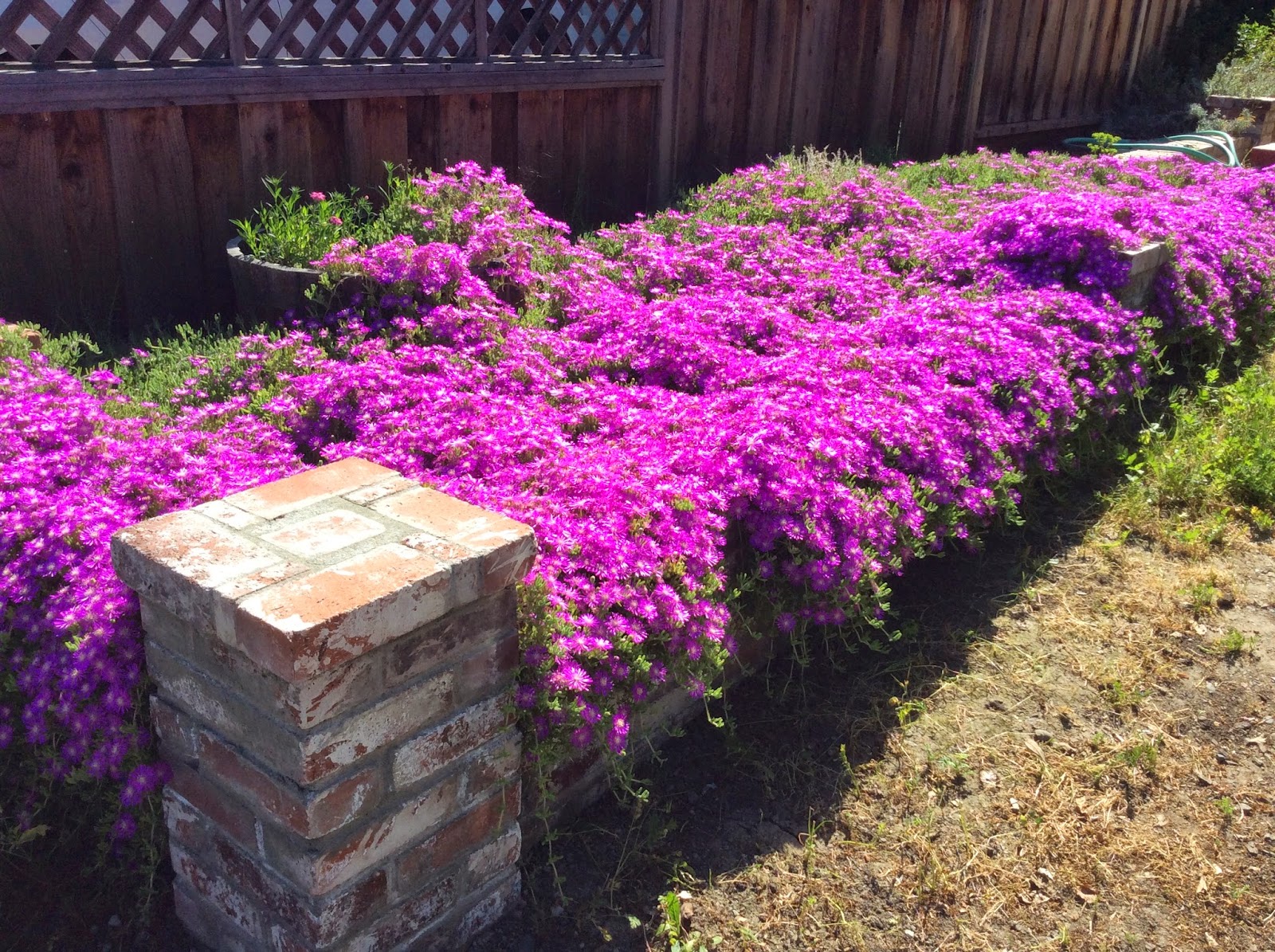 Another of my hobbies (although this one requires more attention) is my salt-water reef tank. Yes, I'm obviously obsessed with the sea, hence I feel the need to bring it into my home, if only confined to a small tank. A reef tank is just that, a small subsection of a tropical reef, complete with hard and soft corals, anemones, shrimp and crabs and other crustaceans and just a few fish to complete the magnificence. You may remember I posted a few pictures before. It has grown quite a bit since then. Hope you enjoy! 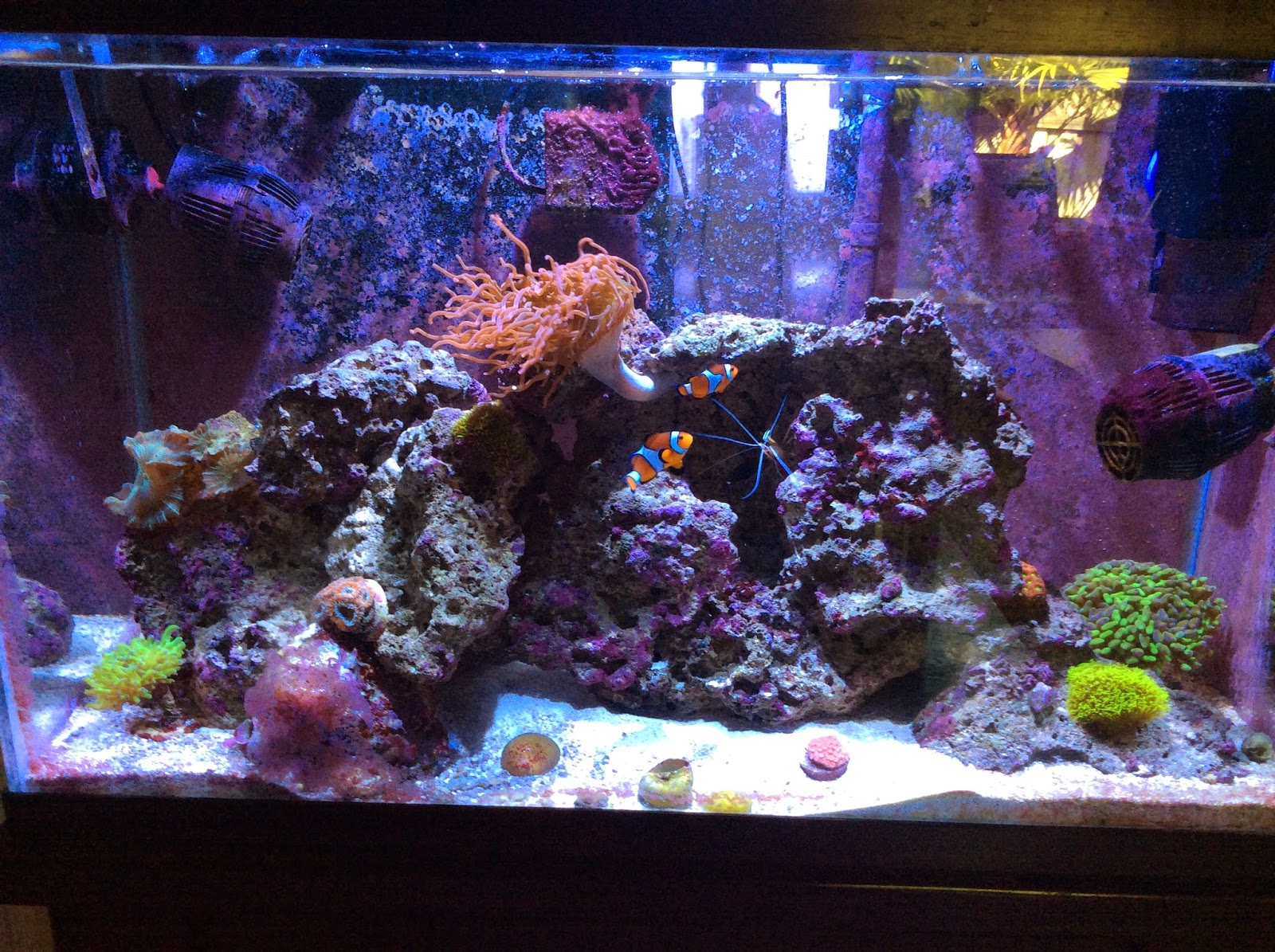 I expect to have The Reckoning delivered to my Editor by next Friday. Which is nearly a month earlier than I had anticipated. This means that it may be releasing sooner than I planned as well, so stayed tuned for that.  I believe fans of my pirate series are going to be most pleased with this story. Plus, it has lots of good spiritual stuff going on. Anyway, as time approaches, I'll release more details and teasers and even set up a Pinterest Board.

Enter contests. This may seem like an obvious one, but you'd be surprised at how many people are hesitant, even frightened to put their work out there.  I've even heard some people say that Christians shouldn't compete with one another, that we all have unique ministries.  I agree!  But I'm not talking about entering contests to win. Yes, I realize that sounds contrary to what the world says.  But hey, God is quite contrary to what the world says, isn't He? Nop. Contests are not for winning. Contests are for learning. I'm talking about pre-published contests, of course. The kind where you get back a critique from each judge, complete with comments and suggestions. Worth it's weight in whatever minor fee you paid to enter.

Did I enter contests before I was published? You bet!  I entered several and I always got back tons of feedback. But beware, judges are people too and hence, they are very subjective.  So, my advice is to take each score with a grain of salt.. read through the comments and suggestions of each judge, see which ones are similar and focus on those areas.

For example, I entered The Redemption in the ACFW Genesis contest long before it was published.  The Scoring went from 0-100.  Three judges gave me above 80, one a 99. But one judge gave me below 50 and she (or he) told me I wasn't ready for publication and then proceeded to list a ton of books I should read (most of which I had already).  As a young writer, I was devastated and almost quit. But God prompted me forward and I worked on the areas every judge mentioned.
Within months I submitted the manuscript and got a contract with Barbour!  Okay, I'll admit that doesn't always happen, but my point is, enter contests. Learn how to take constructive criticism and grow as a writer from it. It will also help form the tough skin you'll need when you do get published and some reviewers trash your books!