He Endured the Punishment Due Us! 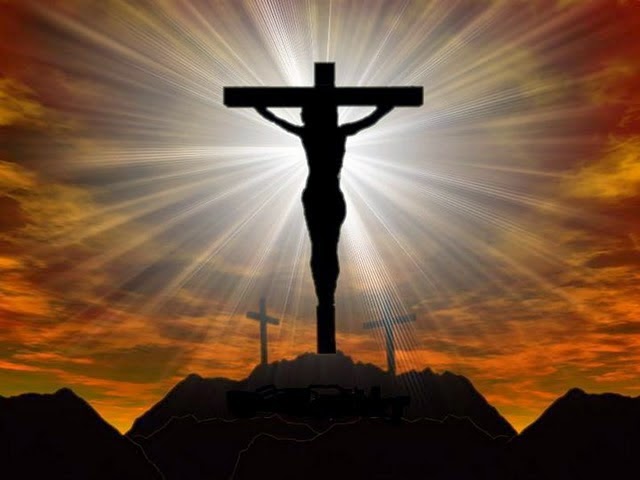 Today is the day we celebrate the crucifixion of Jesus. Saying the word celebrate in the same sentence with such a brutal method of dying sounds a bit ludicrous and cold hearted. But in truth, if Jesus had not died for us, we all would still be dead and going to hell.

For me, it's a day of sorrow for the agony and pain He suffered on my behalf, as well as a day of great and humble thanksgiving  for what He did for me. What He willingly did for me.

When I think of the crucifixion, I think mostly about the physical pain Jesus endured, as well as the humiliation and rejection. But I've come to discover in my studies that those things were but (as my pastor says) flea bites compared to the agony of  the separation from God, the Father, and the agony of having His Father pour out wrath and punishment upon Jesus.

Think about it.  Jesus, the Holy Spirit, and the Father have been together forever, bound in this incredibly loving relationship that we humans cannot even fathom. They have such affection for one another, such love, such unconditional giving, that it makes our best relationships here on earth seem petty.  Then, on the cross, while Jesus is in more physical pain than most humans can endure, He feels His Father withdraw. For the first time in eternity, Jesus is separated from His Father. The incredible loss and loneliness He must have felt, would have been overwhelming. It would have broken His heart.

Then as if that wasn't enough, when Jesus released His Spirit, He traveled down to Hell where the Father's wrath (that was due us) was poured out on Him in full measure.

Your wrath lies hard upon me, and You have afflicted me with all Your waves.  Psalm 88:7

We can't even imagine what He suffered there. But the Bible says He took our punishment upon Him. Are we so naive to believe that meant only physical punishment? Isn't suffering in Hell the punishment we all deserve? Jesus couldn't have taken ALL of our punishment unless He also took it in Hell.

But He ascended? Now what can this, He ascended, mean but that He had previously descended from the heights of heaven into the depths, the lower parts of the earth? Ephesians 4:9

Did Satan and the demons taunt Him? Beat Him? Afflict Him? We don't know. But we do know Jesus was there, suffering everything I was supposed to suffer.

For Christ  died for sins once for all, the Righteous for the unrighteous the Just for the unjust, the Innocent for the guilty, that He might bring us to God. In His human body He was put to death, but He was made alive in the spirit,

In which He went and preached to the spirits in prison,
The souls of those who long before in the days of Noah had been disobedient, when God’s patience waited during the building of the ark in which a few, actually eight in number, were saved through water.  1 Peter 3:18-20

After enduring the wrath of God, Jesus had two other tasks that the Scripture mentions. One, in the passage above, Peter tells us that Jesus preached to the spirits there. I believe these were the righteous dead in Hades, which He then transported up to Heaven. They couldn't go to Heaven before Jesus died and rose again because He hadn't paid for their sins yet.

I believe His other task was to get some keys. Fascinating!


And the Ever-living One. I am living in the eternity of the eternities. I died, but see, I am alive forevermore; and I possess the keys of death and Hades the realm of the dead. Rev 1:18

So why am I writing this? Because I'm hoping that whoever reads this will take a minute (or several) and stop and ponder all that Jesus endured for them. Not just the physical suffering, which is what we tend to focus on, but the emotional, soul-wrenching, tormenting separation from God and the mind-boggling suffering Jesus endured in Hell suffering the punishment due us.

Thank you so much, Jesus!!!

We all have a choice!