My next release (slated for February 2016) is entitled Charity's Cross. The past few weeks my cover designer and I have been furiously working on getting the final cover designed and completed. There really wasn't time to include you all in the process this time, sorry, but I will show you below all the mock pictures.  First of all, a bit about the story. This will be a follow on story to my Charles Towne Belles series. I'm not calling it book 4, although it really is. You will finally hear all about what happened to Charity Westcott, the poor 4th Westcott sister who was left behind in England married to a beast of a man! (And I think you'll be excited to see who the hero is!)

Suspected of killing her husband, Charity Westcott flees on the first ship out of Portsmouth, England heading for the colonies. Loathing all men after her abusive marriage, she hopes to reunite with her family in Charles Towne, but the ship’s destination is Nassau. When she spots her husband’s brother, who is intent on seeing her hang, boarding her ship at port, she jumps overboard.

Elias Dutton, missionary and son of the famous pirate, Rowan Dutton, must get to Barbados as soon as possible. His sister is in danger, and his parents have charged him with her safety. He cannot let them down—again.  But after rescuing a madcap woman from the bay, he now finds himself tricked into masquerading as her husband so they both can procure passage to Barbados.

Pirates, storms, shipwreck and betrayal threaten to delay the couple in their journey even as sparks fly between them. With her brother-in-law in fast pursuit, the last thing Charity wants is help from a man, especially a religious one, but she has no choice. After Elias’ heart was broken by a sordid woman who nearly ruined his life, he seeks a godly woman pure as the virgin sands of the Caribbean. He believes he has found such a woman in Charity. Until he discovers she is a murderer, and he is now faced with two choices: letting her go or turning her in to the authorities

Here are all the mock covers my designer sent me initially to choose from: 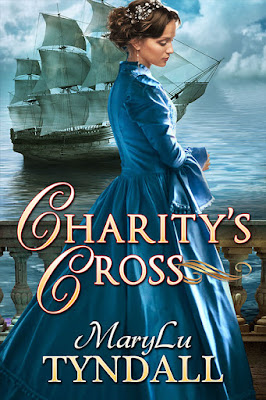 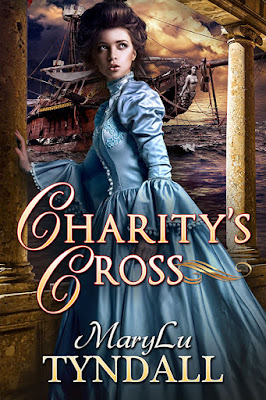 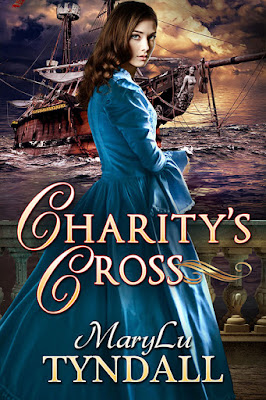 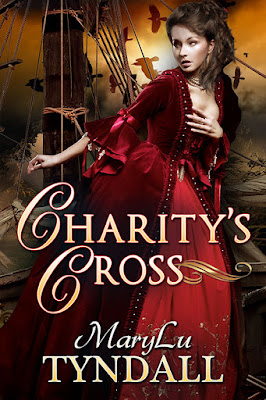 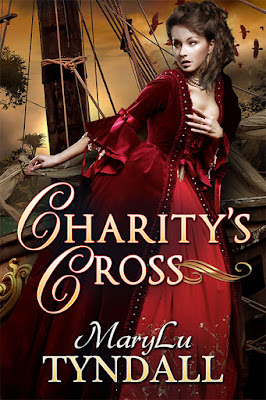 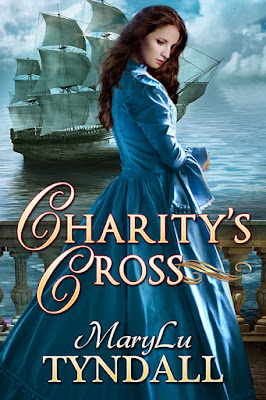 Because of the storyline, I needed a very suspenseful look and wanted the model to appear frightened and running for her life. So, I combined the model who looked the most frightened with a different background and here is the final proof! 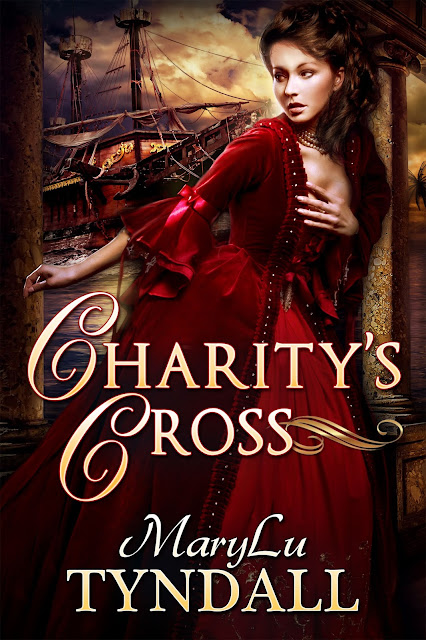 Too late to change it, but I'd love to hear your thoughts!