Have you been robbed? 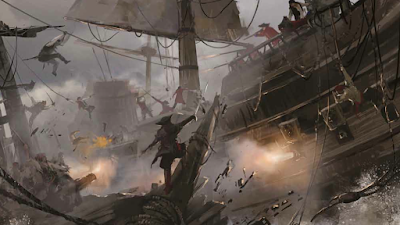 Do you feel like your ship has been attacked and plundered by pirates?

Sounds kinda mean, doesn't it?  Where is the God of the New Testament who's all about mercy, love, kindness and grace?  The truth is, God never changes. The Bible says He is the same yesterday, today, and forever. (Hebrews 13:8) So many churches today preach only the "nice" side of God and neglect to inform people that God is also a judge and He does not tolerate wickedness. He allows it in the world for now so that people have a chance to turn to Him. However He is less tolerant now of it in His own children (those of us who have given our lives to Him) .  We are, after all, His ambassadors on earth assigned the task of representing Him to a dying world.

Israel was also assigned that task in the years before Christ.  They had been selected by God out of all the people groups on earth to be His children, His representatives. Yet they constantly failed Him. So, what happened that caused God to deliver them to the plunderers?  Let's look at the prior verses

Then the children of Israel did evil in the sight of the Lord, and served the Baals; and they forsook the Lord God of their fathers, who had brought them out of the land of Egypt; and they followed other gods from among the gods of the people who were all around them, and they bowed down to them;  Vs. 11-12

In prior verses it says that they disobeyed God by not driving out from the promised land ALL of these evil nations and their gods. If they had only obeyed God, then they would have never been tempted to serve foreign gods.

So what is it you might be disobeying God about?  Most of us can honestly say that we don't murder, steal, sleep around, commit adultery, etc..  none of the BIG sins, right?  But what about those little white lies, what about gossiping, criticizing, unforgiveness, complaining, lusting, gluttony, vanity?    Is there some sin God has been dealing with you on? Some sin you really struggle with that He's been asking you to overcome?  To be honest, I have a few of those.  I believe as long as you really want to defeat the enemy and are making progress, God is pleased. But if you continually disobey Him and don't defeat the enemies in your life, God will eventually give you over to the plunderers. He will withdraw His hand of protection and allow the  enemy to rob you of your joy, your marriage, your wealth, your health, your children.. whatever he can get his hands on.

I'm not saying problems are always a result of sin, but I am saying that God's Word says that some of them could be. And it's definitely worth spending some time alone with God and asking Him if there's any area of disobedience in your life that needs mending.