Moments before the birth of Jesus....

In honor of Christmas, I'm re-posting the following from a few Christmas's ago. Just something I wrote as I pondered the true meaning of Christmas 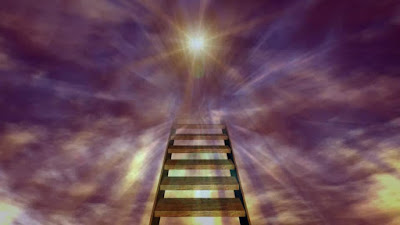 For the first time in millennium, the throne room in Heaven grew silent. The Cherubim, Seraphim, the mighty warrior angels, and the heavenly chorus that surround Almighty God continually singing His praises closed their mouths in awe.

The four living creatures with six wings and four faces ceased moving and the wheels by their side grew still.  Lightning and thunder that roared beyond the throne halted its magnificent rumblings. All grew still as the Son of God rose from his seat beside the Father. With all eyes watching, He slipped off his royal robes and removed the crown from His head and laid them at His Father's feet, then leaned in to kiss Him on the cheek before taking the steps one by one down from the throne.

He stopped at the bottom for one last glance up at His Father. And the love that poured between them was so powerful, it brought the assembly of millions to their knees. Then turning, the Son skirted the glassy sea and started for the massive golden doors at the end of the hall. With each step He took, angels parted before him, laying delicate palm fronds of spun silver at his feet. He cast loving glances their way, but their eyes were downcast in reverence before Him, in awe, in astonishment at the sacrifice He made.