What's up with Socialism?

Okay, I admit that I'm totally astonished, shocked, and flummoxed  over the popularity of Bernie Sanders.  If you don't know who he is, he's running for president on the democratic ticket and got a fair amount of the vote (almost beating Hillary) in the Iowa Caucus this week.

Bernie Sander is a Socialist. He doesn't try to hide it. He's not ashamed of it. He comes right out and says that socialism is the best form of government and that he will turn America into a socialist state if elected president. The fact that so many people voted for him has prompted me to explain what socialism is exactly, because for the life of me, I can't understand why people would want it.  Believe me I usually don't get political on this blog. I actually loathe politics. However, I feel a need to properly define socialism for those who have no clue.  Mind you, I'm no expert, but I have a good general understanding of socialism

Here's the Merriam-Webster definition:
A simple Definition: a way of organizing a society in which major industries are owned and controlled by the government rather than by individual people and companies

More refined definitions are:
any of various economic and political theories advocating collective or governmental ownership and administration of the means of production and distribution of goods

In other words, Socialism means a much bigger government than the already bloated one we have. It means that the government will own most of the industries that employ people, that it will collect outrageous taxes, especially from the prosperous and then supposedly divide that money up equally among all.  At full force, it means the government will control your life, your job, salary, your property with the idea to divvy up the wealth so that everyone has a piece of the pie.

In some ways, I can see how that sounds good to those who are living in poverty. But what they don't understand is that the bigger government gets, the more power it has, and the less freedoms the people enjoy.  Already, we are seeing a government far removed from the republic set up by our founding fathers. They understood the agony of a government that was far too powerful. That's why many of them left Europe to come to America. They sought freedom from taxes and regulations and restrictions, and freedom to worship as they pleased. Good grief, the entire War for Independence in the United States was started by a rebellion against outrageous taxes on tea!

Our founding fathers set up a small government with lots of checks and balances so that it would not be possible for it to grow too large and take over. But that is exactly what has happened. Businesses are leaving the country because of enormous taxes and regulations and personal freedoms are at an all time low. Do you know we had to get a permit to cut down a tree in our own back yard? I've even heard of people who are told they can't give away vegetables they grow in their garden because they are not approved by the FDA.  And don't get me started on taxes.  Here in California, we get taxed for breathing.

And now, people want even more government?  When has the government done anything efficiently?
America used to be the land of opportunity where anyone who worked hard could realize their dreams. Now, due to a bloated powerful government, it has become harder and harder to do that. But is more government going to solve the problem?

I know there are a lot of poor people in this country who don't feel like they've had a fair chance. They look at the rich and feel as though it's unfair that so few have so much.  The truth is that many of the wealthy in this country have worked extremely hard and sacrificed much to get where they are. That's what this country used to be all about. Everyone, no matter their humble beginnings, could rise up and be successful if they worked hard enough.  The problem is that is no longer possible in most cases due to government regulations.  Just try and start your own small business in this country and you'll soon discover it will be nearly impossible due to taxes and regulations.  The best way to help the poor is not to give them handouts that will only keep them dependent, but to get government out of the way and make it possible for them to have as much chance as anyone to succeed!  Yet, what socialism preaches is to take the money from the rich and give it to the poor, keep them dependent on the government and strip them of their opportunities and dignity.

There are many problems in this country right now, but expanding government and increasing taxes is not going to solve them. The opposite, in fact, is the solution.

I'll end with some famous quotes on socialism and let you decide. 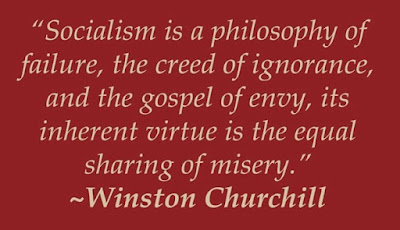 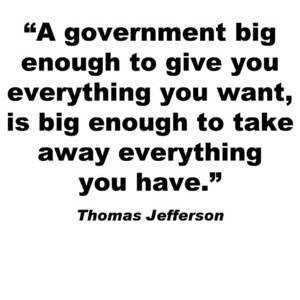 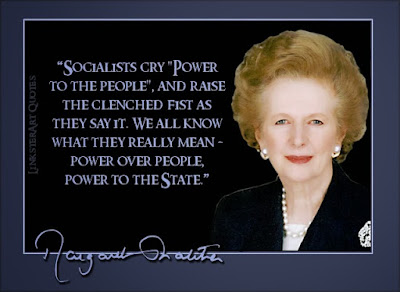 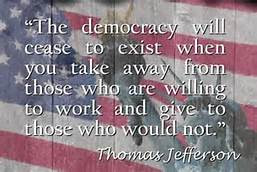 Don't forget to come by next Wednesday for the first day of our Time To Fall in Love Party with Julie Lessman, Debbie Lynne Costello, and myself!!