I don't often recommend a book or an author here on my blog. Why? Well, honestly, I've had a hard time finding books I really really enjoy. I don't want to pass something mediocre onto my readers. I want you to trust my judgement.  Well, it so happens that the other day I was asked if I would read the first installment of Lynnette Bonner's new series, The Sonnets of the Spice Isle.  Since it was short, I agreed. WOW, was I blown away!

On the Wings of a Whisper 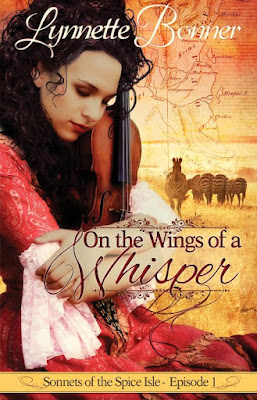 RyAnne Hunter is determined to stop her father from leaving for the continent of Africa, where he plans to start a mission station. And she only has until morning. Tonight at the Harcourts’ Annual Ball will be her last chance to change his mind. She must succeed! Papa’s health, and her future, depend on her success. But, as if her task isn’t difficult enough, now the insufferable Captain Dawson has agreed to guide Papa’s expedition!

After spending six months at sea, Captain Trent Dawson only wants to think about rest and relaxation. However, when he’s recruited by a British naval officer to help put an end to a slave smuggling ring, the perfect opportunity presents itself in Dr. Hunter, who needs a guide to the Interior. Now if he can just help the doctor without spending too much time with the man’s troublesome and flighty youngest daughter.

A thrilling historical romance from the time of missionary explorer David Livingstone.

What a pleasant surprise! On the Wings of a Whisper is one of those rare books that kept me up late at night. It has everything I love in a story: a dashing hero, romance, intrigue, high-seas adventure, not to mention excellent characters and a riveting plot. Rarely have I been so caught up in a story. I can't wait for the next installment!
MaryLu Tyndall, best-selling author of The Legacy of the King's Pirates series.

The Sonnets of the Spice Isle series is especially near and dear to my heart because I was born and raised in the area where the story takes place in East Africa. And long before I knew I would ever become a writer I took a trip to the island of Zanzibar with a group of my friends.
We flew out of Dar es Salaam in Tanzania and landed at the small Zanzibar airport on an oven-esque day common to equatorial climes. Our plane stopped several hundred yards from the main terminal of the airport and we all gathered our carry-ons, sweat dripping from every pore, and started hoofing our way to what would hopefully be a room with some air conditioning. About a quarter of the way to the terminal, I felt something sticky beneath my feet, and I suddenly realized that it was so hot the tarmac was sticking to my shoes. I turned to look behind us, and there in the superheated tar of the runway, our footprints could clearly be seen leading back to the plane. 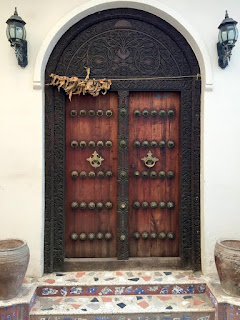 We stayed in a little bed-and-breakfast tucked into the back of a narrow alley, where they served us fried plantains in cinnamon sauce for breakfast. And for one blissful week we explored just about every nook and cranny of the island. We walked down streets so narrow that you could literally stretch your arms wide and almost touch the walls on both sides. We reveled at the intricacies of beautifully carved arched oak doorways studded with bronze spikes. We haggled in the markets for souvenirs to keep as mementos of the trip. And we stood on gritty white beaches with waters so turquoise-and-vivid-blue, a picture of it would be believed to be photo-shopped. Zanzibar is known the world over as the “spice isle,” and we toured plantations that grew just about every spice you could imagine—pepper, cloves, nutmeg & mace, cinnamon, cardamom, and vanilla.

And everywhere—everywhere—there remained the evidence of the years the island spent under the bondage of slavery. There were the Stone Town homes of both Dr. David Livingstone (a man who worked tirelessly to try and bring an end to slavery during his day), and of the famous and very wealthy slave trader Tippu Tip. There were the old Anglican church with its monument of slaves in chains, the slave caves, and the Mangapwani Slave Chamber where slaves 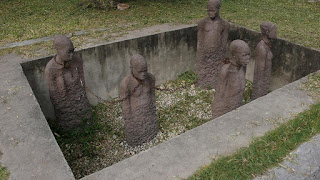 were held underground until such a time as they could be smuggled off the island (in the later years when that had become illegal) or taken into Zanzibar Town and sold at the slave market.

The contrast of the beauty of the place juxtaposed against the ugliness of slavery stayed with me. And this story has been growing for many years. So I’m very excited to finally see it coming out into the light!
If you enjoy exotic locales, dashing heroes, and daring heroines I think you’ll enjoy this series. A free copy, in the digital format of the winner’s choice, will be given to one commenter on today’s post. The drawing will be held on Friday, March 25th. So, if you’d like to enter the drawing, please comment and tell us about the most exotic place you ever visited—even if it was just your local city park. 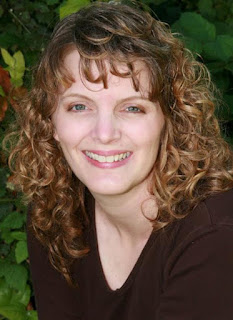 Born and raised in Malawi, Africa. Lynnette Bonner spent the first years of her life reveling in warm equatorial sunshine and the late evening duets of cicadas and hyenas. The year she turned eight she was off to Rift Valley Academy, a boarding school in Kenya where she spent many joy-filled years, and graduated in 1990.

That fall, she traded to a new duet--one of traffic and rain--when she moved to Kirkland, Washington to attend Northwest University. It was there that she met her husband and a few years later they moved to the small town of Pierce, Idaho.

During the time they lived in Idaho, while studying the history of their little town, Lynnette was inspired to begin the Shepherd's Heart Series with Rocky Mountain Oasis.
Marty and Lynnette have four children, and currently live in Washington where Marty pastors a church.

Thank you so much, Lynnette, for joining us today and for writing such a FABULOUS book!!
Readers, please leave a comment for Lynnette. Tell us about the most exotic place you have visited, and be entered to win an Ecopy of On the Wings of a Whisper!!