Update on Current Book I'm writing, She Walks in Power. 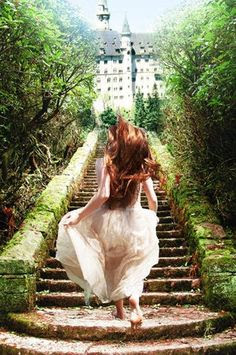 Book 1 of my Protectors of the Spear Trilogy is nearing the end of it's first draft. I'm hoping another 3 weeks and this baby will be birthed into the world.  Believe me, it feels like I've given birth. This first draft is the bare bones of the story line, plot points, and characters without all the description,historical objects that give it that feeling of authenticity, emotions, and other fluff which add flesh, skin, and beauty to the baby.  Like giving birth, this is the hardest part for me, painful at times and often birthed with a great deal of strength and stamina and hard pushing. Once I have the baby in hand, then I go back over it two, three, and sometimes more times to polish it up and make it pretty. For me that's the fun part and something I will get to do in June and July before it goes out to editors and early readers.

This is my first time writing Medieval and I wasn't sure how well I'd do on dry land for the entire book, but I've surprised myself with how much I'm enjoying this story.  Which brings me to my point of today's post.

Should Christians read books that contain wizards, warlocks, witches and the like?  I've run into people on both end of the scales. Those who would NEVER dare pick up a book or watch a show or movie with any demons or warlocks or even an innocent mermaid in them, and those who read books and watch shows with all of those things in them. I've always had an interest in the spirit realm and hence, in the battle going on around us between good and evil. I believe too many Christians go through life completely unaware of such things and ignorant of the wiles of our greatest enemy.  The Bible commands us to stay away from all forms of sorcery, witchcraft, astrology and the like.  Dabbling in any of those things, even something as innocent as reading your horoscope, having your fortune told, or playing with a Ouija board can open up a hole in your life and your soul through which demons can enter. This is nothing to mess around with. 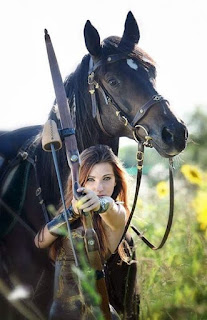 Why am I bringing this up? Because I have a warlock and demons in She Walks in Power. They are a necessary part of the story which involves a fair amount of spiritual warfare. I could find no other way to portray spiritual warfare without the bad guys.(wink) Yet I know, because of this, several of my readers will choose not to read my book. I understand that and respect their choices. I truly do.

For years I struggled with this very question. When everyone was reading the Harry Potter series and going to the movies, I sat back and refused to get involved. I even hesitated before seeing Narnia and Lord of the Rings, even though those are Christian based stories!  I'd spent so much time living in the darkness before the Lord rescued me, that I never wanted to take a risk of going back again.  Yet, one day as I was reading the Bible, I realized that it contained wizards, witches, demons, and even Satan himself. That revelation completely changed my thinking. Since then I have a litmus test on whether to read or watch something that has warlocks or witches in it.

Does the book or movie glorify the warlock? Does it portray the wizard in a good light, glorifying their evil deeds and encouraging those who are reading or watching to practice the same?  Or does it show the warlock or witch for what they are, satan worshipers, possessed by demons to do the bidding of their master?

By that standard, I would have to say that Harry Potter will never be on my list to read or watch. From what little I know about it, the wizards and such are the good guys who are portrayed as being the heroes.  "But it's all fantasy" you might say. Yes, but what about all the magic kits and sorcery books they produce for kids? Do you think those are harmless too? Would you want your child in his bedroom reading a book on casting spells?  This stuff is real, folks, not games or toys. Demons are lurking around our children, salivating at the chance for a small opening they can slip through.

I know this might make some Harry Potter fans angry and that is not my intent. I merely want to issue a warning, something for you to consider. 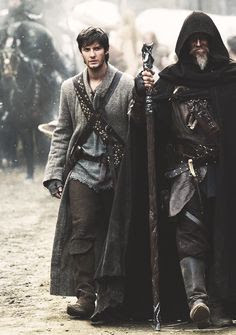 I have a powerful warlock in She Walks in Power, a man who curses, casts spells and rules over a horde of demon wolves. But he is shown to be the vile, evil, satan worshiper that he is. And he is no match for the Light!  My hope is that readers will embrace the power we have over satan and his demons as believers in Jesus and become more aware of the spirit world around us.

So, what about you? Thoughts? Arguments?  By this standard, what do you think of Narnia or Lord of the Rings?