The miracle of birth and when life begins. 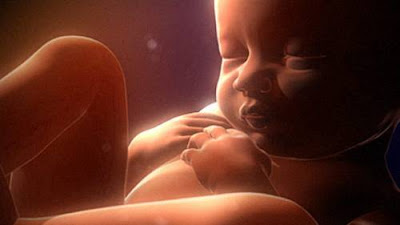 As most of you know there was an addition to my family this past week, my lovely new granddaughter, Ava Loren.  Bringing a new child into the world is such a miracle. After two of my own and now three grandchildren, it never ceases to amaze me how a human being can grow so perfectly inside a woman's womb.  If anything could prove the existence of God, this should do the trick!

While I was in the hospital with my daughter, the doctor explained to us that when the baby is in the womb, they don't need their lungs so the heart works very differently. There are actually other openings and holes between the chambers.  But then when the baby is born and takes her first breath, the heart begins to heal itself by slowly over the next few days closing up those now unnecessary holes. Even the doctor said "What an incredible design".  To which I commented "That's God's design." Of course I got no response, but hey, you have to admit there is an intelligence behind all of this. Human beings are such complex biological machines that to actually believe they came about randomly is insane.

Not sure if I already posted this but I found it fascinating. It is from this article where you can see actual photos

Human life begins in bright flash of light as a sperm meets an egg, scientists have shown for the first time, after capturing the astonishing ‘fireworks’ on film. An explosion of tiny sparks erupts from the egg at the exact moment of conception.
Scientists had seen the phenomenon occur in other animals but it is the first time is has been also shown to happen in humans.
Not only is it an incredible spectacle, highlighting the very moment that a new life begins, the size of the flash can be used to determine the quality of the fertilized egg.

Flash of light? Sounds like God to me!  Yet, I've always believed real life began at conception. Part of my belief comes from the Bible where it describes how the baby John the Baptist leapt in his mother's womb when Mary approached who was pregnant with Jesus at the time.  A simple biological being would not leap on it's own. But a being with a spirit would know the Savior of the world was close through the  revelation of the Holy Spirit.

To date we have murdered 60 MILLION babies through abortion in the United States alone.  One and a half TRILLION worldwide since 1980.  If those statistics don't shock and abhor you, nothing will.

The devil hates human beings. His sole purpose is to drag us to hell anyway he can. If he can't do that, he wants to kill us, torture us, and destroy our lives. Believe in him or not, he is still out to get you. Convincing someone to murder their baby is nothing new. Satan has been doing that for thousands of years. From the Aztecs, Incas, and Mayans to the god, Molech whom the Jews worshiped, to Carthage and many others, people have been sacrificing their babies to gods who are nothing but demons behind the scenes in the hopes of receiving some blessing or prosperity.

Today, we sacrifice our babies to the demon of selfishness and promiscuity. There really is no difference between walking up to a huge golden idol and placing our baby in the red-hot hands of a demon to burn to death or walking into an abortion clinic.  Sorry to be so harsh and graphic but I really believe God is going to punish us for this just like he punished Israel.

(Note:  This is in no way meant to upset those women who have had abortions. If you turn to Jesus, give your life to Him and repent, He WILL forgive you and wash away all your guilt. Not only will you be forgiven, but you will see your baby again some day!)

The good news?  I believe (and this is only my belief based on what I've read in Scripture) that every one of those precious aborted babies in now in heaven.  Their mothers may have not wanted them but God wanted them and welcomed them with open, loving arms. 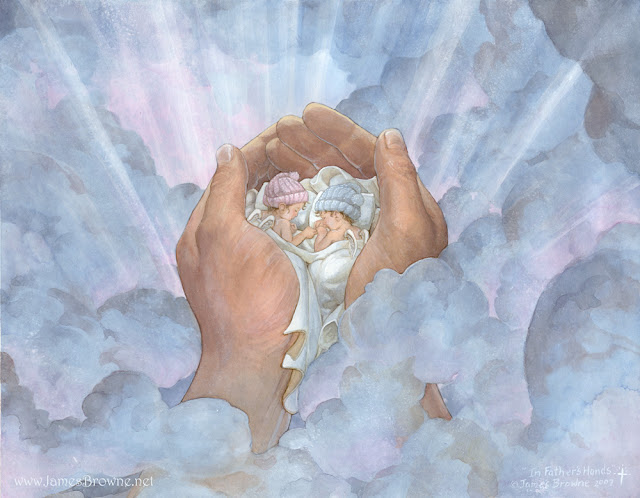