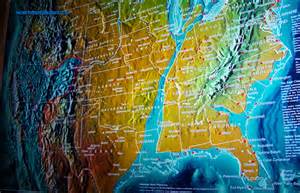 Some of you may know that I spend most of my free time (which isn't much) delving into prophecy by studying the Scriptures and then listening to what good people of God are hearing from the Lord.  The Bible tells us in Acts 2:

And it shall be in the last days,’ God says, ‘That I will pour forth of My Spirit on all mankind; And your sons and your daughters shall prophesy, And your young men shall see visions, And your old men shall dream dreams;

It may encourage you to know that many in the body of Christ are receiving dreams and seeing visions in these last days. Of course prudence is required to determine which of these reports are actually from God and which aren't. I do my best through discernment and prayer to sift the wheat from the chaff and hopefully I have been successful.

This is NOT meant to invoke fear. This is only meant to inform, help you prepare if possible, and give you something to pray about. Remember that if God's people will repent, fast, and pray, God often stops an oncoming disaster. It is my very very strong opinion that we are in the End Times, the generation that will see the return of the Lord. Things are happening fast and they will pick up speed. If anything, this is a call to everyone to wake up, repent of any unrepented sins, and get close the God!

Having said that, here's a few of the things I'm hearing from several sources.

Something major is going to happen this fall. It could be an economic collapse, an assassination, a natural disaster, a racial war, or a political event which greatly displeases God such as an agreement to divide Jerusalem.  Either way look for something that will cause great stress upon the world.

Tsunamis on the East Coast. This is sort of weird one but I've heard it from multiple reliable sources

2017 is going to be a bad year for the world. (This from one of the most reliable prophets I know)

Possible Martial Law coming to America due to a series of major disaster, riots, and upheavals.


The so-called Turkish Coup.  Many experts believe that Erdogan staged the coup so that he could sweep in and get rid of any opposition in his government and military. He is very pro-Islamic Sharia law and plans to restore Turkey as the head of the Islamic State. Don't care about Turkey? You should. It's mentioned several times in Biblical prophecy.  More Info

Those who dwell in the secret place of the Most High, abide in the shadow of the Almighty!  May those words of Psalm 91 bring you comfort.

Request
I'd also like to ask you all to comment if you've heard from the Lord about any of these things or if you've had a dream or vision or maybe just a sense.  I'd love to hear your thoughts.

May your weekend be extremely blessed!  Remember to look up for your redemption draws nigh!