What's Up with a One World Government? 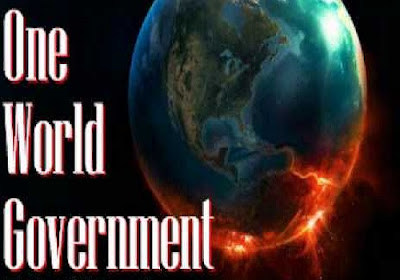 You may be hearing much talk lately about a One World Government or a New World Order. That's because the "Elites" who are advocating it are becoming bolder in their declarations. However, this concept has been around for thousands of years. From dictators to philosophers, people who crave power have always tried to conquer the world.  The Greek philosopher Plato believed democracies were doomed to fail because they relied on the ignorant masses to determine policies and laws. He believed there should be a group of elite philosopher kings, men with exceptional abilities and intellect who should rule over the majority, because most people were unable to rule effectively over themselves.  Since then, people have been trying to implement this very idea across the globe. Think it sounds archaic?  Many important people in high positions often talk of a New World Order today:. President Obama, George Soros, Joe Biden, Pope John Paul, Al Gore, Bill Gates, etc.  This is not some wacko conspiracy. These and other people in power are conspiring behind the scenes to bring this to fruition.

So what's wrong with that? Maybe if all the nations were combined into one giant nation and there were no borders or land to conquer, then maybe we would all finally live in peace.  Then this world government could help maintain that peace and make sure everyone had enough food, housing, clean water, and medical care. People could travel everywhere without restrictions and we could all be one happy family.  Sounds like a Utopia, doesn't it?

The Bible tells us that the last empire on earth will be a world empire, so we shouldn't be surprised when we see a current trend in that direction.  It will not be an empire formed from battles for land or territory as in the past, but an empire of nations coming together, losing their unique identities and forming a government for the good of all mankind. Again, that sounds really good...

Until you remember the nature of man. Unregenerate fallen man is self-centered, greedy, power-hungry, proud, arrogant, boastful, and self-serving. His heart is full of self-love and not love for his fellow man. He seeks his own glory and not God's.  These are the people who will be in charge of the world order. They will gloat in their own power and brilliance and consider their harsh rule over the masses as a favor to the ignorant, who simply could never govern themselves. This has happened in smaller degrees throughout history from the Babylonians, to the Persians, the Greeks, the Romans, the Catholic church, Hitler, Stalin, the French Empire, the Japanese Empire, China, and even the British Empire to some degree.  This oppression of the masses by a ruling elite is why our forefathers left Europe and came to America to find freedom. It is why our forefathers spent years formulating the perfect government of the people, for the people and by the people, with its checks and balances to keep the power-hungry at bay.

And yet as history repeats itself and mankind grows complacent, here we go again. Only this time the world will unite and allow itself to be ruled by an arrogant, power-hungry elite who think they are better than everyone else. We have already seen this move in the United States toward world government (for the good of mankind and the environment!)  just as we have seen our precious freedoms slowly taken away.

So, I guess you could say I'm not for a One World Government. No matter how lovely they will pitch it to you, no matter how much it sounds like a Utopia, don't believe it. It is all smoke and mirrors and yet another attempt by the powerful and greedy to force their rule on the common man.

I take it back. I am for a One World Government.  But only one ruled by Jesus. The Son of God will return one day soon and set up His Kingdom, and He will rule the world with justice, fairness, love, but also with a rod of iron.  He is the only One I trust to rule the world because His heart is pure and Holy and His one thought is not for Himself, but the welfare of others. He never lies. He is not greedy, nor selfish, nor power-hungry. He is humble, gentle and kind. Yet he will punish those who are evil.  He is  perfect in every way, and mankind will flourish in peace and love beneath his rule.

Now, there's a Utopia I can believe in!