What the book of Acts says about modern church 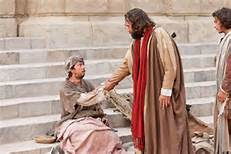 My home Bible Study group just completed the book of ACTS.  This is not the first timE I've read ACTS and it won't be the last, but if you were to ask me what was the main thing I learned from it, I would have to say

The church I know here in America is NOTHING like the church of ACTS.

Honestly, this has bothered me for quite some time now, yet even as we were reading the book and I was pointing out the differences between the early church and today, no one had an answer for me. Most of us agreed that things were different, but no one seemed inclined to try to change anything.


Before you leave a nasty post, I'm not against church. I'm not against attending church. Lord knows, churches had done a great deal of good in our world. Many churches are run by very Godly men who love the Lord and want to save souls. Many churches have sent missionaries to various places who have brought the Gospel to those who desperately need to hear it.

Yet, the western church is on the decline. People, esp young people, are leaving it in droves. Why? In my opinion it is because we have strayed too far from God's early church. We have created a church that is, for the most part, lukewarm and powerless, a church that produces only lukewarm Christians who put in their time on Sunday and then live for themselves the rest of the week. Our Western Church doesn't create true disciples. Most pastors don't deal with important issues such as demons, battling the enemy, hell, heaven, consequences of sin because they don't want to lose people. We read about miracles performed by Jesus and His early followers, but we see no evidence of it today. Young people see all this as hypocritical and powerless, so they leave to seek something else with meaning.

Whenever the early disciples preached the Gospel, God proved its validity by doing miracles through their hands.
So Paul and Barnabas spent considerable time there, speaking boldly for the Lord, who confirmed the message of his grace by enabling them to perform signs and wonders. Acts 14:3

For a good description of how church should be, read 1 Corinthians 12-14.  God gave EACH of us special gifts to be used to build up other Christians. It is not possible to use these gifts in an auditorium style setting. Only the pastor and the musicians get to use their gifts during the service. But in a home group setting, each of us has an opportunity to use our gifts.  Do you even know what your gift is? Most Christians have no idea. That's because we aren't taught about the gifts nor are we put in an environment where we can practice them and use them.