The key to empowering your faith! 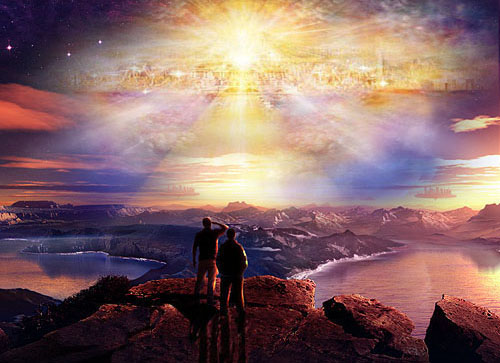 So often we read about all the great heros and heroines in the Bible and we wish we could be like them. Why can't we have the faith of Noah or Abraham? Gideon, Joshua, Elijah? Paul?  Why do we always fall so short? I was reading Hebrews 11 the other day, the famous chapter that lists all the great faith warriors in the Bible. I've read it a thousand times, but this time, something really stuck out to me that I think will help us all with our faith.

Normally, we'd just browse over that..  yes, yes, we believe God spoke the world into existence. But pay attending to how He made things we see from things that are not visible.

As we read further, we learn of Able, who by faith offered an acceptable sacrifice, Enoch whose faith was so exemplary, God took him home without death, Noah, who though he'd never seen rain, built an ark.

The Scripture goes on to talk of Abraham who left his home and family and went to a new land and lived in tents like a nomad. Why?   ... for he waited for the city which has foundations, whose builder and maker is God.   His hope was in an eternal city.

Joseph died in Egypt without ever seeing the promised land

By faith Moses, when he became of age, refused to be called the son of Pharaoh’s daughter, choosing rather to suffer affliction with the people of God than to enjoy the passing pleasures of sin, esteeming the reproach of Christ greater riches than the treasures in Egypt; for he looked to the reward

What reward was Moses looking for?


But without faith it is impossible to please Him, for he who comes to God must believe that He is, and that He is a rewarder of those who diligently seek Him

But what is that reward? What would possess these people to give up everything in this world to submit to a difficult life and receive nothing in return by the world's standards. NONE of these great patriarchs of faith ever saw the fulfillment of what God had promised them on earth, at least not in its totality.

These all died in faith, not having received the promises, but having seen them afar off were assured of them, embraced them and confessed that they were strangers and pilgrims on the earth

Do you see what I'm seeing? What made these peoples' faith so strong?

Their hope in eternity!

Their reward was not of this world and they knew that. They knew there was something far greater awaiting them after death, an eternal paradise with God. They saw it in visions, dreams, heard God whispering about it in their ears, felt it written on their very souls. It was the hope of eternal glory that gave them the power to go on, to do great feats in the name of God.

Yet, I can't help that feel that somewhere along the way, we've lost that hope, that faith in eternity., that dream of heaven.  Christianity has become nothing more than a social club of moral people who are more focused on their comforts in this life than on the next. Why?


Yet, from what I'm reading in the above Scriptures, it was the hope of HEAVEN which empowered each of these great mighty men and women of God to do the faithful acts they did.

But if you're too heavenly minded, you won't be any earthly good.

If there ever was FALSE DOCTRINE that Satan incorporated into the church, it as the above statement. Yet, I've heard countless Christians say it as if it were Gospel. Nothing could be further from the truth.

If any of us had a clue, even the slightest hint of the rewards waiting for us, of what God has planned for those who love Him...  we, too, would step out in faith and do the same mighty works, if not greater ones, than these people.  Why?  Because this temporary world would no longer hold any pleasure for us. It pales in comparison to eternity.


Eye has not seen, nor ear heard,
Nor have entered into the heart of manThe things which God has prepared for those who love Him  1 Cor. 2:9


So, it's my encouragement to you today to be extremely heavenly minded, and then go out and do much earthly good!