When the storm hits, don't cut your anchor chain! 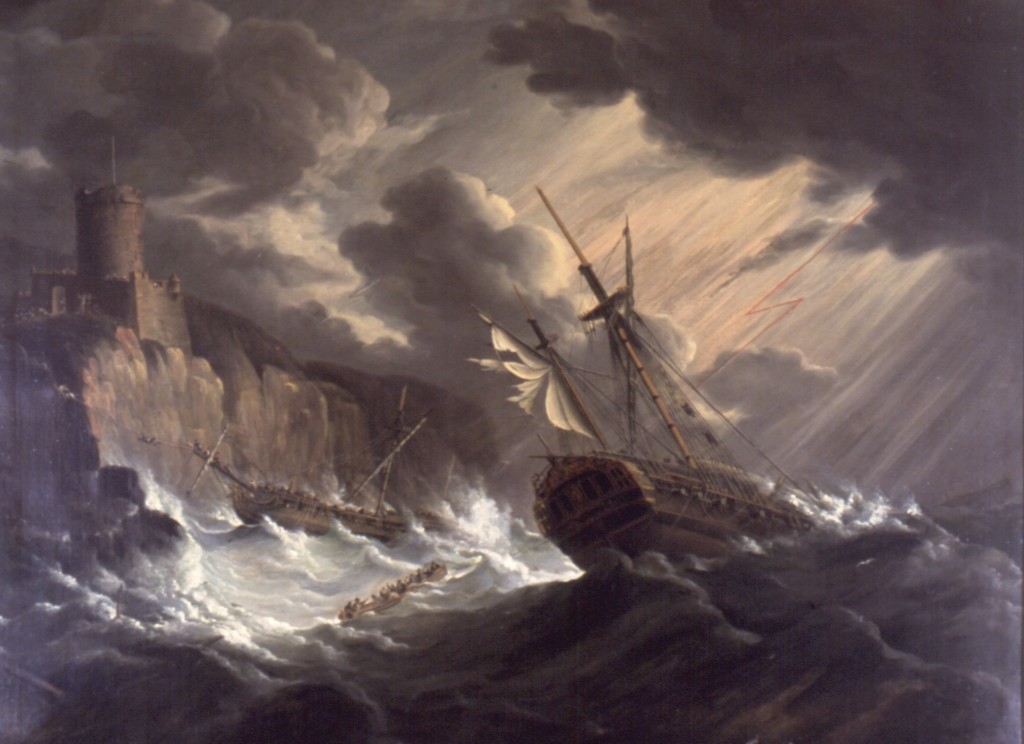 This hope we have as an anchor of the soul, both sure and steadfast, and which enters the Presence behind the veil, where the forerunner has entered for us, even Jesus, having become High Priest forever according to the order of Melchizedek
Hebrews 6:19-20

During my years researching tall ships, sailing tactics, and nautical terminology, I discovered an interesting tidbit about how large ships were able to navigate safely into a harbor that was ridden with reefs and shoals. One small mistake in one direction or another would result in a slice through the hull that would sink the ship.  This was particularly dangerous during a storm. Hence, the captain would send out a "forerunner" in a smaller boat with the anchor. This forerunner would navigate safely into the harbor during the storm, avoiding all the dangerous reefs and shoals, and drop the anchor firmly into the bedrock. Now the ship could easily follow the anchor chain safely through the reefs and finally into the harbor.

What a beautiful picture of the Gospel!  We are the ship, Jesus is the forerunner, and the anchor is our hope in Him and eternity. As long as we are here on earth, we face a constant storm of problems, struggles, persecution, and heartache.  But Jesus has gone on before us. By his atoning work on the cross, he rose again and became the firstborn of the resurrected, he tore down the veil that separates man from God, took that anchor and forged a path from earth to heaven for each one of us. Then, he embedded that anchor in Heaven's Rock, which is Himself, and sat down on the right hand of God. Picture that. There is a giant chain extending from each of us, guiding us each day through the shoals and reefs of life straight into heaven. All we have to do is follow it and hang on. The storms may batter us, the rain may pelt our faces, the waves might threaten to swamp us, but our anchor is steady and true, and as long as we cling to that anchor chain and keep following it, we will one day reach our safe harbor, which is our eternal home with the lover of our souls, Jesus.

Yet sometimes when the waves got too high, the storm too violent, the captain began to fear that the ship would be crushed against the reefs and rocks. He could no longer see the forerunner in the safety of the harbor, could no longer hear his voice over the din of the storm. Instead the ship pitched and heaved and tipped this way and that, while thunder bellowed in his ear. Off in the distance beyond the storm, the captain spotted an area of calm waters where the sun was shining, luring him to a safer place. So he cut the anchor chain, releasing the ship into the storm, and headed toward the light. He battled the storm well enough for awhile as he proceeded onward, but he no longer had an anchor with which to hook onto safety. Instead he was tossed this way and that by whichever way the winds were blowing, and the further he got away from his anchor, the worse the storm became. Soon, his ship was overcome, capsized, and sank to the bottom of the sea.

You see, Jesus will NEVER let go of our anchor. He will NEVER disappoint our Hope in Him. But we, in our foolishness, can turn away from Him, lose our hope in Him, and be lured by a false peace, a false light, and a false calm in the distance. So many are deceived by the promises of this world, so many lured away by lies. Scripture tells us in the end even believers will cut their chains and give up on God.

I believe there's a storm coming upon this world in the near future, and we are going to need not only a reliable anchor to hold onto, but an anchor chain to navigate our way through all the dangers that surround us. That anchor is our Hope in Jesus, in His sacrifice on our behalf. It is our hope in God's promises, His love, His faithfulness. It is our hope in a glorious eternity, our belief that this is not all there is, that God has prepared a place for us in a world that is so wonderful, we can't imagine it.  That is the anchor we must cling to in these dark days. It is the ONLY anchor that will guide us safely home.