Why I'm voting for Donald Trump 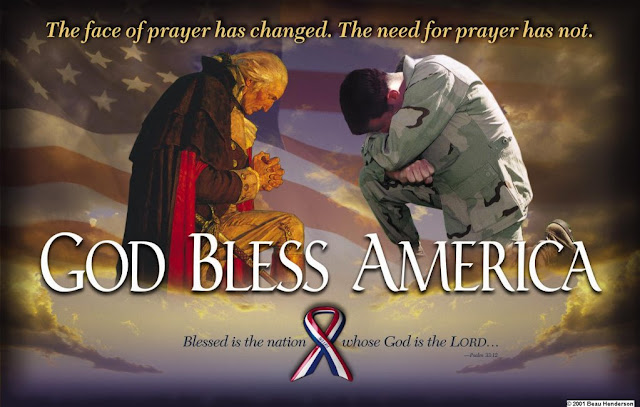 I always hesitate to post anything political. In fact, I haven't up to this point, (well except for my rant on socialism) But I feel so strongly about this upcoming election, that if I keep silent, I fear I will be doing you all and my country a disservice. Not that I'm some great political analyst, but I am a patriot who knows a fair amount about this country's history and the intentions of our forefathers.

The thing is, I believe America is at a crossroads and there are two very different paths in front of us. One could potentially lead to a restoration of this great nation, the other certain demise. Sound dramatic? I don't think so. I believe it's that important.

I realize that expressing my personal choice here for president will ostracize some of you. Perhaps you won't buy my books any more. I hope that's not the case and we can agree to disagree. However, I take that risk and leave it in God's hands. I cannot be silent.

We have two candidates, both very flawed individuals. Hillary is part of the establishment, an establishment that has been in power for decades. I don't care whether the president is republican or democrat, if that person has made decisions based on money donated to their campaign or given special favors to lobbyist who support them, secret deals under the table, if that person is influenced in any way by billionaires like George Soros and the rest of the Illuminati, then that person had led this country astray. This election has proven one thing to me, that Washington D.C. is far more corrupt than any of us could have imagined, and those in power are shaking in their boots at the thought Donald Trump might win.

Why? Because he doesn't owe anyone anything. He hasn't taken money from any special groups or interests. He is not part of the establishment. Every decision he will make will be for the country, not to keep certain people rich and in power. Don't believe in the Illuminati or the Bildenburgs? Do your homework. They exist and have existed for hundreds of years. They've started wars to make money and keep their power, and their ultimate agenda is a one-world government. In order to achieve this, they put people in power who will do their bidding by funding them and promising them fame and fortune.


Hillary Clinton has been in power for over 30 years and during that time our country has been on a downward spiral. Our government has grown into a colossal giant of waste. We are currently in 19 Trillion dollars of debt. Most of us can't even fathom that huge of an amount. Our borders are not protected and haven't been for years, there are riots in our streets, our vets are left to die without proper medical care, violence has increased, our jails are full, education is a mess, nearly 68 Million Americas are on some kind of assistance from the government, our military has been cut, we've been attacked on our homeland, and our health insurance is a disaster. I'm not saying this is all Hillary's fault. I'm saying that she was a senator and then Secretary of State, one of the highest offices in our Federal government. Shouldn't she have had some affect on any of that?

What about her email scandal? Keeping classified information on an unsecured server and then not only lying about it but asking her staff to bleach out the emails, crush phones and laptops and lie about it is, in my opinion, criminal behavior that should be prosecuted. And don't think for one minute that they didn't get to FBI director Comey somehow. Add to that Benghazi where Hillary allowed the deaths of Americans in order to cover up her covert actions there. She flat out lied to the mothers of lost sons by telling them the incident was triggered by a silly YouTube video. Remember also that Bill and Hillary are public "servants" who work for government salaries. In fact, Hillary said that when they left the WhiteHouse in 2001, her and Bill were flat broke. Hmm. Wonder how they afforded the $17 million dollar home in Chappaqua they purchased in 1999 and the 7-bedroom home in D.C. they purchased for 2.85 Mill.  I could go on and on.
In fact, here's a list of the top 22 of her worst scandals

The truth is Hillary is for


Donald Trump is a rich playboy. He's crass, rude, arrogant, and obnoxious. Let's get that out of the way first. The recording of his lewd conversation about women is disgusting and reprehensible. There's no excuse for it. Personally I don't believe he's a misogynist. I think he's just a rich guy who could frankly get any woman he wanted because of his money. You don't think hundreds of women weren't throwing themselves at him over the years? The recent allegations of him groping women in the past make me highly suspicious. For one thing, all these women suddenly come forward years after the incident, all together, and right before the election? Come now, how stupid do they think we are? Of course this is staged.  Did he grope these women? I have no idea. I know some have already been dis-proven. I find it hard to believe that a billionaire like him would even need to grope women. Regardless, this was all in the distant past, a rather sinful past, I'll not deny.

Yet, I believe with all my heart that Trump truly loves this country and wants to fix it. He has no other motive. He's a billionaire and very successful. He has no need to put himself through all of this trouble, spend his own money on his campaign, only to take on the most stressful job in the world. Obviously he has great business sense and he knows how to build things, make things, manage money, and create jobs. He's just who we need to fix our economy. Yes, he lacks experience in government, but he knows how to surround himself with good people who have the experience he needs. Look at the people he surrounds himself with: Ben Carson, Pence, Newt Gingrich, Huckabee.

Yes, he has a past, a sinful past. Guess what? So do I. A really bad one too. But I'd rather have someone fighting for America in the Whitehouse who has a sordid past, than someone who I can't trust as far as I can throw her, someone who has repeatedly lied to the American people and who has made a fortune with dirty backroom deals and power favors to those who support her, and all on our tax-payer dollars.

Donald Trump is not only fighting the establishment, but the mainstream media, and most of his own party. Do you ever stop to wonder why? Why is everyone against him?  I would venture a guess that it's because he threatens the Establishment's hold on power and money. And it scares them to death

Do I wish we had a better candidate? Sure. I'd love to see a Godly man or woman rise up and run. But the truth is, I think Trump is the perfect person for this exact time in our country. We are in dire straits, people. It's time to wake up.  Do your homework, don't just listen to the mainstream news stations, most of which are in Hillary's pocket. Then pray and seek God's will.

I believe with all my heart that if Hillary gets elected, the United States, as we have known it and loved it, is finished.

New comments are not allowed.