After Election Madness! How the Church has failed 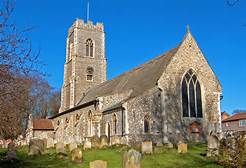 I was born and raised in the United States. I voted in my first election in 1980 for Ronald Reagan, and I haven't missed a vote since. And I can tell you that I've never seen such violence in my country after an election. EVER. Of course there are always going to be disgruntled and disappointed people after any election. Believe me, when Obama was elected the first time I was upset. When he was elected the second time, I was horrified. But I didn't go out in the streets, destroy property, burn flags, and start fires.  Or worse, call for his assassination. I accepted that my candidate didn't get elected, prayed about it, and then went on living my life.

This was a free, democratic election. The people voted and Trump won. I have not heard about any fraudulent activity or mis-counting, so everything was on the up and up. Which makes me wonder why these people are protesting? How can you protest against a FREE democratic election? You can certainly protest if a candidate stole the election or a dictator came in with his army and took over, but how can you protest when a man was elected fairly?  You may not like him. You may be afraid of what he'll do (as I was in the past two presidential elections) but you have been out-voted. Time to grow up and face that you don't always win everything in life.

But why the violence?  You want to protest, quietly and peacefully, be my guest, but why hurt people and damage property?  (I truly believe most of these protestors are being paid to do this by a group of powerful, elite people whose only goal is to destroy America so they can form their utopian Global Government, but that story is for another day)  What I truly want to talk about here is the character, the soul of many Americans.

And because lawlessness will abound, the love of many will grow cold  Matthew 24:12

But know this, that in the last days perilous times will come:  For men will be lovers of themselves, lovers of money, boasters, proud, blasphemers, disobedient to parents, unthankful, unholy,  unloving, unforgiving, slanderers, without self-control, brutal, despisers of good,  traitors, headstrong, haughty, lovers of pleasure rather than lovers of God,  2 Timothy 3:1-4

I believe the Church has failed many young Americans. My mother was born in 1933, and back in her day (and even in my childhood) the American church was still fairly vibrant. Everyone on my block went to church. Families stayed together. Most people had morals, character, and honor. But then young people began leaving the church in droves. Why?  I believe it's because the message was stale and powerless, the sermons boring, and the words empty because people weren't seeing a connection from what they read in the Bible to what they were witnessing in the church and in their own lives. They began to question their faith, if God even existed, and the church didn't know what to do. Add to that, that Scientists were telling people we came from monkeys, and the "free love" movement was telling people to throw off all moral constraints and just do whatever felt good.

(I'm speaking in generalities here. Not all churches are like this, I realize)

The truth of the matter is, if you know Jesus, I mean if you really know Him and have a relationship with Him, and have God's Holy Spirit living inside of you, and you've been taught how to walk in faith how to operate in the gifts of the Holy Spirit, and how to hear from God, there's nothing this world can offer you, that will ever pull you away from God. I know this from personal experience being on both sides of the coin. There's no amount of sex, money, position, fame, power, beauty, friends, relationships, awards, or anything else that could lure me away from Jesus. Why? Because knowing Him is the best thing I've ever experienced.

That's the key, then, isn't it?  These protestors need to be saved. They need Jesus. Because let's face it, no president or congress or major or supreme court justice is going to save America. Only Jesus can save us, individual by individual, soul by soul. When that happens, I guarantee it, all our national problems will drift away.

Wake up, church!  Preach the entire Gospel, the Gospel empowered by the Holy Spirit, the same Gospel the Apostles preached that drew in hundreds of converts every day. Forsake your namby-pamby, watered-down, powerless, loveless, selfish gospel and preach on things that matter to Jesus and to these young people. They want purpose, hope, something real, and most of all they want real unconditional love--the love of their heavenly Father. It's up to us to show it to them or believe me, if  America continues down this path--no matter who is president--we will end up like Rome and crumble to pieces from within.