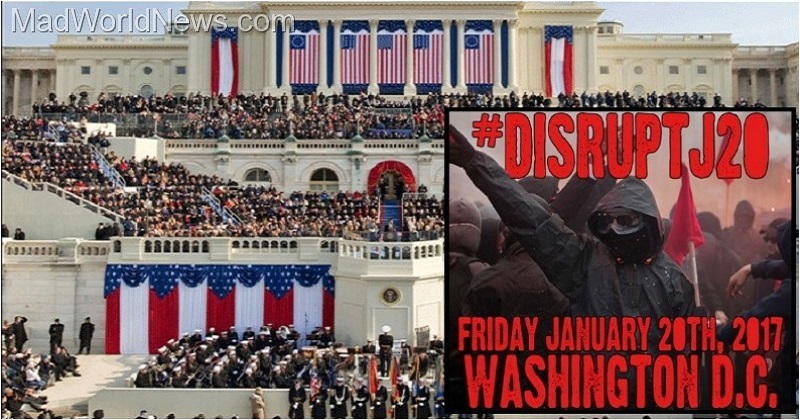 First of all, let me just say that on this very day, January 20th 2017, America celebrates one of its fundamental freedoms, and truly one of the things that makes America such a great country. Today, there will be a hopefully peaceful transfer of power from the 44th President to the 45th President of the United States. You don't have to look too far back in world  history to realize that most transfers of power were done by violence, not in peace and certainly not by the will of the people.  That's one of the things that makes our country so great.

Millions of people who voted for Hillary Clinton, will no doubt be upset today, while the millions who voted for Donald Trump will be excited. This has been the case for the 240 years our country has been a nation, and it is part of our republic, our democracy. The people choose and some don't get the person they wanted to win. (Boo hoo. You don't always get what you want in life. Grow up) Believe me, in 2008 and 2012, I was extremely disappointed with the results of our presidential election!  Yet, I accepted the new president with grace and have been praying for him for the past 8 years. From George Washington to the present, there have always been people who didn't like or approve of the incoming president. But, as Americans, we accept the results of our election and continue on.

I don't know what Donald Trump is going to do once he gets into office or what type of president he will be. I can only hope he is a man of his word and that he will put our country's needs above his own fame or gain. To that end, all people of faith should make it a point to pray for him every day. He's going to need our prayers desperately. Remember, it is God who sets up kings and rulers and who removes them. He has put Trump in the Whitehouse. Now, it is up to us to pray for the man.

Yet never in my life have I seen such hostility, such anger, division, hatred and even violence threatened against this man and this inauguration. Never have I seen elected officials refusing to attend the ceremony (Shame on them!), performers refusing to perform, people planning violent protests, even threatening to harm people with acid and gas. (See video below). It blows my mind. And it makes me sadly realize how low our culture has sunk. There seems to be no integrity, no honor, anymore. No ability to accept an opposing opinion or viewpoint without hatred.

You're a communist? Great, let's have a public dialogue about what you believe and what I believe.
You're a globalist and I'm a nationalist? Great, let's talk about why we believe the way we do.
You think Trump is the antichrist? Fine. Tell me why. And let's discuss it peacefully.

Yet, no one seems able to do that anymore. Even on the news talk programs. They just want to shout and call people names and label people racists who don't believe the way they do. Then when they get their feelings hurt, they can run to the "safe zones" the colleges are now setting up. Ridiculous.

Here are just a few of the crazy reports I've seen.

CAIR urges Trump to drop Franklin Graham from inaugural prayers  saying, “Rev. Graham’s ill-informed and extremist views are incompatible with the Constitution and with American values of religious liberty and inclusion.”  huh?

Mexican Terrorists planning attacks on the border on inauguration day

Will there be war on the streets of Washington during the inauguration?
Thousands of police prepare to do battle on inauguration day

Singer Jennifer Holliday backs out of preforming at the inauguration, apologizes to LGBT community.

Now, I have no idea what's going to happen today or in the days that follow, but I do know this. The world is spiraling out of control and we, the saints, need to be in our prayer closets more than we ever have been. Who knows if you have been chosen for such a time as this!!