The Two Sides of God. Are we missing the Awe? 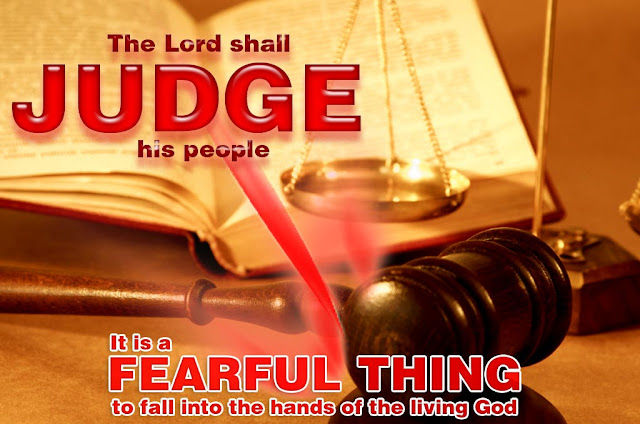 God is love. I don't think many of  (including myself) completely understand that. He doesn't just love. He IS love. He's also full of grace, mercy, kindness, goodness, gentleness, self-control, wisdom, all knowledge, creativity, humor, laughter, joy, peace, patience. Did I miss anything? He's also forgiving, outside of time, immortal, eternal, and all powerful. He created everything we see and everything we are, and there's nothing impossible for Him.

In His great love for us, He sent His only Son to be tortured and die a horrid death so that we might be free from Satan and his power, so we can have a relationship with God Himself, so we can spend eternity with Him in a place beyond our imagination.

If that isn't enough, while we are here on earth, He provides for us, encourages us, heals, delivers, blesses, teaches, protects, and guides. We can come to Him anytime and any place and ask whatever we want.

I could list a thousand Scriptures here that speak of God's loving character. If you've been a Christian awhile, you probably know most of them or have heard them repeated in church. After all, these are the verses we love so much. They give us warm fuzzies and help us understand, as much as we are able, what a wonderful Father we serve. We love to recite them, proclaim them, tell them to others when they are feeling down. We buy devotionals full of them and carry around prayer cards printed with them.

I'm talking about the JUDGE side, the angry God, the God who punishes, kills, calls people names, and even hates. Don't believe me?

Here is what God did to a group of people who challenged Moses's authority
As he finished speaking all these words, the ground that was under them split open; and the earth opened its mouth and swallowed them up, and their households, and all the men who belonged to Korah with possessions. Numbers 16:31-32

In Joshua 7, a man who stole gold from Jericho and kept it in his tent was ordered stoned to death. Not only him, but his entire family, his animals and all his possessions

In Deuteronomy 28, God informs the people what He will do to them if they disobey Him. Here's a small list
Cursing, confusion, rebuke in all that they do
Strike them with consumption, fever, inflammation, plague
Sword, scorching, mildew
No rain
Defeated by their enemies
Boils, tumors, scab, itch
Their carcasses will be food for birds and beasts
madness, blindness, confusion
They will sow but not reap
Become prisoners of other lands

In 1 Samuel, God ordered the slaughter of an entire people group, including their wives, grandmothers, children and even their animals.
Thus says the Lord of hosts: ‘I will punish Amalek for what he did to Israel, how he ambushed him on the way when he came up from Egypt. Now go and attack Amalek, and utterly destroy all that they have, and do not spare them. But kill both man and woman, infant and nursing child, ox and sheep, camel and donkey.’” 1 Samuel 15:2-3

And if you think this is just Old Testament stuff, let me remind you that Jesus said that if you've seen Him, you've seen the Father. Speaking of Jesus, here's some of His own words.

You serpents, you brood of vipers, how will you escape the sentence of hell? Matthew 23:33
You are of your father the devil, and the desires of your father you want to do. John 8:44
“Woe to you, scribes and Pharisees, hypocrites! For you travel land and sea to win one proselyte, and when he is won, you make him twice as much a son of hell as yourselves. Matthew 23:15
If your right eye causes you to stumble, gouge it out and throw it away. It is better for you to lose one part of your body than for your whole body to be thrown into hell. Matthew 5:29

When a man asked Jesus if he could first go bury his father before following Him,
He said “Follow me, and leave the dead to bury their own dead” (Matt 8:22

When a woman came up to him asking Jesus to heal her daughter,
“It is not good to take the children’s bread and throw it to the little dogs.” Matthew 15:26

So, because you are lukewarm, neither cold nor hot, I will vomit you out of my mouth! Revelation 3:16

Here, Jesus is talking about God
And do not fear those who kill the body but cannot kill the soul. But rather fear Him who is able to destroy both soul and body in hell.  Matthew 10:28

The Son of Man will send out His angels, and they will gather out of His kingdom all things that offend, and those who practice lawlessness, and will cast them into the furnace of fire. There will be wailing and gnashing of teeth. Matthew 13:41-43

But the cowardly, unbelieving, abominable, murderers, sexually immoral, sorcerers, idolaters, and all liars shall have their part in the lake which burns with fire and brimstone, which is the second death.” Revelation 21:8

And anyone not found written in the Book of Life was cast into the lake of fire. Revelation 20:15

I'm going to bet that you don't have any of those Scriptures hanging around your house!

The truth is that God is also a Judge and an Avenger of wickedness. Yes, He is offering an olive-branch of grace right now through His Son, Jesus. Those of us who believe in Jesus, receive the sacrifice He made on our behalf, AND commit our lives to Him, can avoid the Judge side of God. (Thank God for that!)  Those who do not are going to meet that JUDGE someday face to face.

Last year when I asked my pastor why he didn't preach more on God as Judge and on hell, he told me he didn't want to frighten people. Well, I agree, it's definitely not a seeker friendly message, but, by only preaching about the loving side of God, it seems to me we are creating a group of believers who treat God as if he were their best friend, their buddy, a sort of soft, meek, kind old man in the sky who takes care of all our problems.

I can honestly say I've never met anyone who has a reverential fear of God, who treats Him with the awe and honor He deserves, who sits before Him weeping and trembling over sins they committed, who approaches their prayer time with sanctity and reverence.. I just don't see that in the church today, not in most of the people, not in the pastors, and not in the services.

Yet every person in the Bible who came across an angel or a vision of God in Heaven ended up flat on their faces in a faint of terror.  Even John, Jesus' disciple and best friend fell into a fit of terror when he saw Jesus. And when I saw Him, I fell at His feet as dead.  I challenge you to go read Revelation 1 and the description of Jesus.  Jesus came the first time as a gentle lamb. He's coming the second time as a Lion and a judge.

So, should we sometimes preach this other side of God? I think we do a disservice to believers and non believers alike if we don't. But won't it make some people afraid?  I hope so. What's wrong with a little fear? As long as it's fear of the right things. Some of you may recall a prison outreach program years ago called "Scared Straight".  The idea was that a bunch of ex-cons, most of whom were still in prison, I believe, would go talk to young first time offenders and tell them true stories about what happened to them after they committed multiple crimes. Apparently their stories were so horrific that it would scare the young kids into not committing any more crimes.

Many Christians today don't even believe God would send anyone to hell. I have a friend who believes her unsaved adult children will be given a second chance when they stand before Jesus. Really?  If we keep preaching Teddy Bear Jesus, people start to think He's a pushover. He's too nice to be mean, right? God is love. But, He's also a judge. And because He is good and fair, He has to be a good judge, which means He can't let the guilty go free.

I'm not saying believers need to be afraid of God. But we need to remind ourselves often just who He is, and the power He has. And we should approach Him with the reverence He deserves