Update: My next release!

It's been awhile since I've talked about what I'm writing, so I thought I'd better give an update.

Last week, I finished writing When Angels Cry. At the moment it is in the hands of my editor (Lora Doncea) and a few other readers/editors who have offered to help me out.  I expect to have the edits back sometime by early March, at which time, I will "fix" everything that needs fixing, go over it one last time, and then format it for Ebook and Print.

My hopeful release date is April 1st. Though I may be able to get it out before then.

This is a contemporary end-times suspense romance.  (Hey, that's a new genre!) It is my first contemporary story. Most of you are familiar with my historical novels, but this one is set in present day, or perhaps a tad bit in the future. The location is Fort Lauderdale, Florida, where I grew up.

I truly believe God instructed me to write this book. I felt so strongly about it for months before I ever started, and then after I began, I got sick multiple times, hated every word I wrote, and thought about quitting and tossing it in the trash. More than once!  It was a real struggle to continue, but against all opposition, I have finally finished.


This may be the single most important story I have ever written. I mean that. It is my utmost hope and prayer that God gets it into the hands of people who need to hear its message before it's too late.

I don't have the cover yet and won't until late March, so I'll substitute this picture for now. Here's what will be on the back cover: 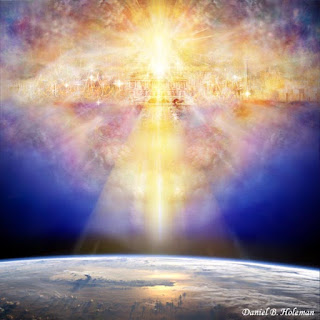 In the not too distant future…

As wars, plagues, and famines ravage the world,
immorality and violence are rampant,
and the Bible is outlawed…

Angelica Smoke, a single mother and cocktail waitress, ascends the steps of a mega-church to deliver a message from God to the one man she hoped never to see again.

That message thrusts world famous pastor, Daniel Cain, into a whirlwind of confusion, causing him to seek out Angelica and demand an explanation. But the woman broke his heart once and is now involved in a fanatical cult that could damage his blossoming career. Still, he cannot stay away, and the more time he spends with her, the more he begins to doubt everything he believes.

Angelica is a seer. God grants her visions of the future, but she had no idea what to do with them. Her top priority is protecting her son—from the world, the culture, the devil, and especially from Daniel. But God keeps throwing them together, causing her fears to rise and reopening old wounds that threaten to tear her soul apart.

Angels watch over the couple, protecting…hoping both will make the right choice. But they can only do so much as the end of the age comes to a close and the battle intensifies, not only for Angelica and Daniel, but for the souls of all humanity.

Thoughts? Does this sound like something you'd be interested in reading?   If so, and you'd like to be part of my influencer team, leave a comment with your email or send an email to me at marylu_tyndall@yahoo.com
Requirements: Read the book within a specified amount of time and then leave reviews on 2 or 3 listed sites.  And just generally help me spread the word.

By the way, if you've gotten this far, it's my birthday!  58 and kicking! God is good.
Also if you've dropped by for my normal overview of prophetic world events, I'll get back to that next week!