You will know the timing of the Rapture and why that's important! 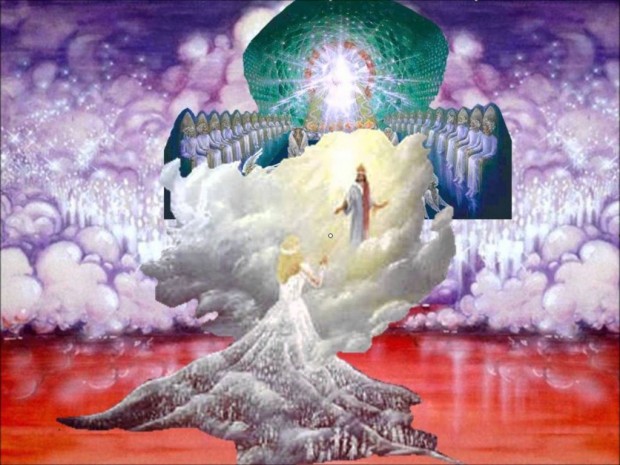 In honor of my upcoming release, When Angels Cry, which will be released on April 3rd, I'm going to do a series of Monday posts on the Rapture. I realize this is not a popular topic for most Christians and it is not something that is taught in most churches. My last pastor refused to even mention it in a sermon because he said it was too controversial. Many don't see the need to discuss it because it's something far away that does not affect their lives. If, indeed, the Rapture was a hundred years away, I would somewhat agree, but as we find ourselves right in the middle of the end times (as proven by a multitude of Scriptures when compared with present day events)  I believe the Rapture is one of the most important topics Christians should be discussing in these times. The most important, of course, being salvation through the death and resurrection of Jesus.

One thing I often hear from Christians when I bring up the Rapture is "we won't know the day or the hour, so why bother talking about it?"   This day and hour phrase is taken from Matthew 24:36

“But of that day and hour no one knows, not even the angels of heaven, but My Father only."

There's two things about Scripture I've learned over the years.


If you read all of Matthew 24, up in verse 29, Jesus is talking about His 2nd coming, not the Rapture. So it's quite possible that when He refers to not knowing the day or the hour, He is not talking about the Rapture. I don't happen to believe that because right after this phrase he then describes the Rapture.  However if you keep reading until the end of the chapter, you'll see Jesus is describing an unfaithful servant who is not ready. And it is this servant who will not know the day or the hour.

‘My master is delaying his coming,  and begins to beat his fellow servants, and to eat and drink with the drunkards, the master of that servant will come on a day when he is not looking for him and at an hour that he is not aware of,  and will cut him in two and appoint him his portion with the hypocrites.

Okay, so it would seem that in context Jesus may be issuing a warning to people who are not looking for Him to return and who have become lazy in their Christian walk, indicating that they are the ones who won't know the day or hour. So what we need to do now is seek out other Scriptures to see if there is any that confirm our theory.  I know this is a long passage below, but it's worth reading through.This is the Apostle Paul speaking

But concerning the times and the seasons, brethren, you have no need that I should write to you. For you yourselves know perfectly that the day of the Lord so comes as a thief in the night. For when they say, “Peace and safety!” then sudden destruction comes upon them, as labor pains upon a pregnant woman. And they shall not escape. But you, brethren, are not in darkness, so that this Day should overtake you as a thief. You are all sons of light and sons of the day. We are not of the night nor of darkness. Therefore let us not sleep, as others do, but let us watch and be sober. For those who sleep, sleep at night, and those who get drunk are drunk at night. But let us who are of the day be sober, putting on the breastplate of faith and love, and as a helmet the hope of salvation. For God did not appoint us to wrath, but to obtain salvation through our Lord Jesus Christ,  1 Thessalonians 5:1-9

Just before this at the end of 1 Thess 4, Paul describes the Rapture, so we know he's talking about the Rapture here. We also know because he references the same thing Jesus said, "thief in the night".  So, it's very clear now that the Rapture will happen as a "thief in the night" to unbelievers and believers who are not watching, but to those of us who are walking closely with the Lord and watching for Him, it will NOT come as a surprise.

Not yet convinced?  Here's another Scripture

Let's switch this around a bit.  It could easily say  Therefore if you WILL watch, I will NOT come upon you as a thief and you WILL KNOW what hour I will come upon you.

This idea that we will not know the timing of the Rapture so we might as well not discuss it is a fallacy and false doctrine that has slipped into the church. I'm sure it makes satan very happy that most Christians believe that and hence, are not looking, watching, or preparing for the Rapture of the saints.