How to battle Satan and win - part 1! 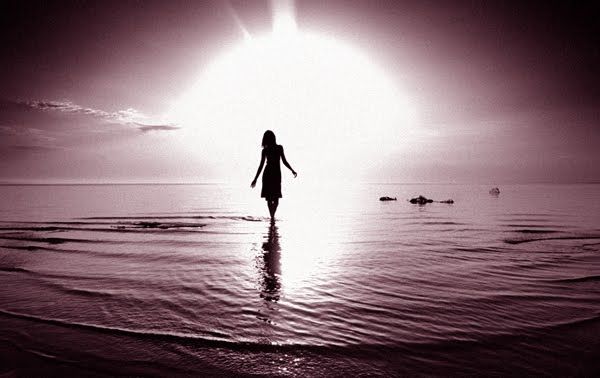 Can you feel it? The spiritual battle is intensifying in our world today. Lines are being drawn, sides are being taken. Good is called evil and evil is called good. Satanism is on the rise, and the mainstream church is in apostasy. Our kids are being reprogrammed in school to become little transgender socialists, and the New World Order is on the rise. Christian businesses are put out of business for not compromising their values, and true Christians are mocked and hated for our "archaic" adherence to the Bible. Our TV shows are filled with blasphemy and pornography, our news media is filled with liars and political pundits, our government is filled with greedy, self-serving Satan worshipers, and our churches are filled with lukewarm believers whom Jesus will spit from His mouth.

If you read the above paragraph and think I'm crazy, you may be too ingrained in this world system to be able to see what is going on. We are in a battle. We must never forget that. All around us in the invisible, extra-dimensional, spiritual world, angels and demons battle for he souls of men. Satan wants to drag as many humans to hell with him as he can, and Father God wants to save as many as he can and give them a glorious eternity. Yet, so many of us forget these things and just go about our days, not realizing that we are but pawns on a chessboard.

Remember, if Satan can't drag you to hell, he will most certainly try to ruin your life. He will do his best to cause you all sorts of problems, in your health, finances, relationships, family, etc...  He will attempt to lure you into sin and away from the Father because even that small victory makes him smile and keeps you from being effective for God.

So, what do we do?  How can we battle such an effective., experienced, and powerful foe? In this post and the next few, I'm going to give you 3 effective strategies that are fail proof.

The first one is simple to say, hard to do.  Walk in the light

A pastor I know, who often gets visions from the Lord, relayed the story to me once of a vision he had of a young Christian man. This man was walking along completely clothed in light. The light surrounded him, forming a barrier, like a fortress that protected him from every angle. This man, the Lord told my friend, is close to God and completely in His will.  Then a little dark creature came along and circled the man, spinning every which way, as if he were looking for something. The Lord told the pastor that this was a demon and he was seeking a way through the light to get to the man.  The demon could not touch the light, but he could whisper in the man's ear. The demon did so, over and over and over, until finally the man must have considered doing whatever the demon was entreating him to do, because a small sliver broke off from the light, like a tiny piece of pie. Instantly, it filled with darkness. The demon hurried to make his way through the dark sliver to get to the man.

I added this story in novel, When Angels Cry, (which releases today!) because I thought it was such a poignant way to show how easily we can get a chink in our armor. Just one thought away from God and toward sin can allow a demon to come a little closer. If we continue to gravitate toward doing that sin, more light is lost, and before too long, the demon reaches us. We hear him louder. He persists and, if we give in, even more light is lost and more of his friends come to join him.

The truth of the matter is, We, as followers of Jesus, have nothing to fear from Satan.  As long as we are walking in the Light, neither Satan nor his little slimy friends can touch us. God's light forms an impenetrable fortress around us. That doesn't mean we won't be tempted to do wrong, but if we resist and continue in the light, we are protected.

So, what is this light?
Jesus said He was the light of the world.

“I am the light of the world. He who follows Me shall not walk in darkness, but have the light of life.” john 8:12

Jesus also said we are the light of the world too
Let your light so shine before men, that they may see your good works and glorify your Father in heaven.  Matt 5:16

In my opinion, from what I've read of Scripture, the light is God's holiness. It is the light that shines forth from His Holy Spirit living within us believers. It is purity, righteousness, holiness. It is the perfect absence of darkness and evil. And the enemy hates it! Not only that, he has no power against it.

How do we get this light?  We first believe Jesus died for us and commit our lives to Him. We receive His Holy Spirit, and then we walk with God. Just like Adam did in the garden, we have relationship with Him. We follow Him, obey Him, read His Word, pray, just hang out with Him. Then, we are clothed in an armor of light, and enemy has no way to break through to us.

But if we walk in the light as He is in the light, we have fellowship with one another, and the blood of Jesus Christ His Son cleanses us from all sin. 1 John 1:7

Let's face it, we all slip up now and then.  Once we do, however, all we need to do is sincerely repent and get right with God again. Then we are back, walking in the light once again.

Now, I'm not saying that because bad things are happening to you, you must have stepped out of the light. We can't blame every bad circumstance on an attack by the enemy.  There may be many reasons for our trouble.  That's something you need to ask God to reveal to you.

However, if you want to keep yourself protected from our enemy, the best thing you can do is stay close to God, stay in His will, and avoid sin. Remember, Satan and his minions are terrified of the light. So, stay in the light. Be powerful and bright and lure others out in the darkness toward you and the light of God.

Do all things without complaining and disputing, that you may become blameless and harmless, children of God without fault in the midst of a crooked and perverse generation, among whom you shine as lights in the world,  Philippians 2:14-15