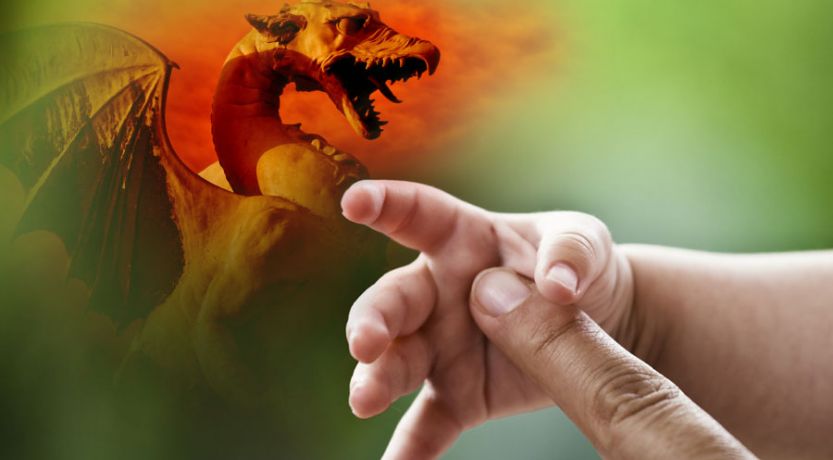 Now a great sign appeared in heaven: a woman clothed with the sun, with the moon under her feet, and on her head a garland of twelve stars. Then being with child, she cried out in labor and in pain to give birth. Revelation 12:1-2

If you don't know what I mean by the Revelation 12 Sign, please first read my article The Rapture Sign of 2017

I'm NOT saying that this is 100% the rapture, but in all honesty, the more research I do on this sign and the more commentary I hear on it, the more I'm convinced that this is the real deal.

Instead of repeating what others have done much better than I could, I'm going to list some links below. One to an article from a man who set out to refute the sign, and the other to some You Tube channels from some great believers who have done their research and made awesome presentations.

1. We shouldn't be looking at the stars to foretell the future. That's astrology and an abomination to God.
True!  God does forbid fortune telling and astrology. But He does not forbid looking to the stars for signs from Him. In fact, He encourages it.

Then God said, “Let there be lights in the firmament of the heavens to divide the day from the night; and let them be for signs and seasons, and for days and years; Genesis 1:14

The heavens declare the glory of God; And the firmament shows His handiwork.  Day unto day utters speech, And night unto night reveals knowledge. Psalm 119: 1-2

Then the sign of the Son of Man will appear in heaven, and then all the tribes of the earth will mourn, and they will see the Son of Man coming on the clouds of heaven with power and great glory Matthew 24:30

In the verse below, God, Himself mentions 3 Constellations.  Why did He bring them up if we aren't supposed to be looking at them?.
Can you bind the cluster of the Pleiades, Or loose the belt of Orion?  Can you bring out Mazzaroth in its season? Or can you guide the Great Bear with its cubs?  Job 38:31-32

The word Mazzaroth is what the Jewish people call their zodiac. God's created constellations in the stars were first given to Enoch and then passed down to the Jewish people. They tell the story of Jesus and His death, resurrection, salvation, and victory over evil. This is NOT astrology. Around the time of Nimrod, Satan came in and perverted the zodiac and introduced astrology and fortune telling.  God forbade His people to practice this because it is demonic. But the Jewish people still had their Mazzaroth, and clearly in Scripture God tells us to look to the signs He puts in the stars

Didn't God mark the birth of His Son on earth with a star? Why wouldn't He mark the rapture of His Son's bride with a sign in the heavens as well?  Here's a man who has done a great deal of research on the Bethlehem Star

For more information on this, there are several books out by reputable Christians who have studied this in more depth than me.
The Gospel in the Stars by Joseph Seiss
The Witness of the Stars by Bullinger


2. We shouldn't be predicting the rapture. No man knows the day or the hour

This may shock some of you and some may think I've lost it, but this particular verse has been misinterpreted in the mainstream church for years.  Not only that, but there are several other verses in the Bible which contradict it.  If you're interested in seeing the truth, please read my article on this very topic HERE


3. John was speaking about the birth of Jesus in Revelation 12 and not about the rapture

This is what they teach pastors in seminary because this is the only way they knew to interpret this passage. Maybe they were afraid to look into the stars, or maybe they didn't understand that the church is birthed by the Virgin (Israel) as well. (Jesus is the head of the church, we are the body. The head is birthed first, then the body)  It boggles my mind that all it took for me to understand it's true meaning is to get out my Interlinier Greek Bible and my Strongs Concordance.  When you look up the meaning behind the Greek words in this passage, two things become clear.

A. The Woman gives birth to two children. One was Jesus, The other will be the church.
B. The word for caught up is the same word Paul uses for the Rapture of the church.

YET, many many pastors and Bible teachers are still denying that this sign has anything to do with the rapture and are still touting the same thing they learned in seminary. Don't be surprised if your pastor says the same thing.

However, you may think me crazy, but this encourages me to believe it all the more. Why? Because none of the religious leaders of the day knew when Jesus first came. God had to alert 3 non-Jews from modern-day Iraq to the sign He put in the sky, announcing Jesus's birth. So, when I see only the modern-day watchman and prophets talking about the sign and warning people, I realize that is exactly how God operates.. through the unknown, the unimportant, the lowly believer who is watching for Him. The wise men and women.

Before I leave you, as promised, here are some valuable resources on this topic for you to explore yourself. Don't have time?  If this sign is true and the rapture is in September this year, wouldn't it be the most important thing you discovered EVER? Wouldn't it be worth your time to find out.

Scott Clarke is the expert on this sign. He's the one who first started posting about it. His videos are outstanding. Start at the beginning and work your way through them.

God's Roadmap to the End - Excellent and well-researched videos

Lots of Good stuff here too on Heavenly Sign 1017

This Guy tried to refute the Sign and failed

One more thing of note here. Some people may ask why the "church" is birthed from the Virgin (Israel)? Wasn't the church already born on Pentecost?  Well, what if we have it wrong? What if, instead of being born on Pentecost, the church was only conceived? Since the Holy Spirit conceived Jesus in the womb of Mary, wouldn't it make sense that the Holy Spirit conceived the church in the human heart? Then over the past 2000 years, the church is growing, limb by limb, cell by cell, muscle by muscle, organ by organ as each new believer is added to the body.  Remember the Apostle Paul spoke of the church as one big body and each one of us members. Some are feet, some hands,... etc.  But all of us put together form the "body of Christ"  Well, a baby can't be born until it is fully formed and has all it's parts, right?  In other words, the church can't be born until every last believer has been added. Then the body is complete and the church is born!

So, when the virgin in Rev 12 gives birth to the church, this is the actual birthday of the church, a.k.a. the body of Christ.  When I first heard this, my jaw dropped, but things suddenly started to make sense.  No wonder Satan is waiting there to devour us as soon as we are born.


And the dragon stood before the woman who was ready to give birth, to devour her Child as soon as it was born.  She bore a male Child who was to rule all nations with a rod of iron. And her Child was caught up to God and His throne.  Rev 12:4-5

Yes, Christ is to rule the nations with a rod of iron, but so are we! Christ is the head, we are the body, and together we are going to reign on the earth.

And have redeemed us to God by Your blood
Out of every tribe and tongue and people and nation,
And have made us kings and priests to our God;And we shall reign on the earth. Revelation 5:9-10