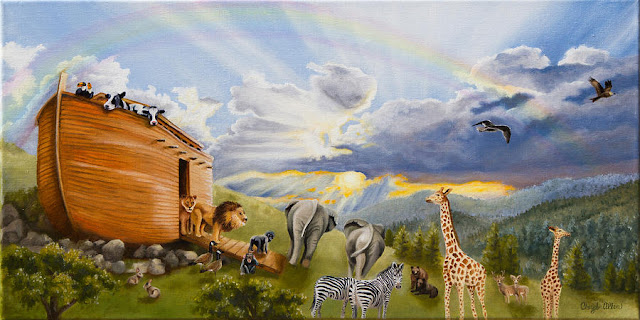 Likewise as it was also in the days of Lot: They ate, they drank, they bought, they sold, they planted, they built; but on the day that Lot went out of Sodom it rained fire and brimstone from heaven and destroyed them all.  Luke 17:28-29

Aside from all the other signs Jesus gave us to watch for as we near His return, in these passages, He is also giving us a clear picture of how the world will look right before He comes back. Hence, I thought it would be prudent to look at what the days of Noah and Lot were like (or what we can gleam from Scripture) and then compare them to today. So here we go!


Then the Lord saw that the wickedness of man was great on the earth, and that every intent of the thoughts of his heart was only evil continually. Genesis 6:5

I'm not sure I need to provide information of the current condition of our culture here, but I'll list a few things and post a couple charts that may surprise you.

This will shock you:  In just this past year nearly as many children were murdered via abortion as the total number of people who died in all of World War II combined.

The following 3 charts reflect some of the reasons for the rise of wickedness in America. 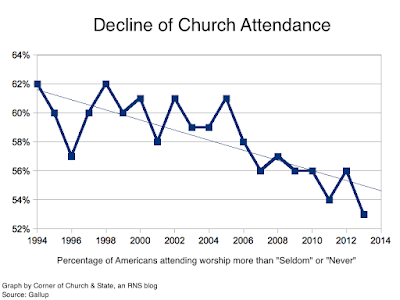 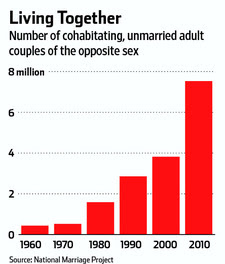 Currently 12 million Americans are living together 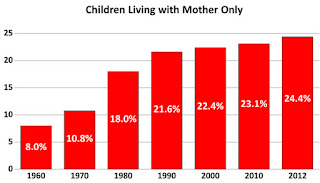 Currently in 2017 more than 35% of kids are in a single family home. That's over a third of kids in America.


A quick perusal of the news each week will reveal that
Murders, crime, violence, terrorism, are rampant.
People hate one another just for having opposing views. I've never seen the likes of it.
Drug use is also on the rise, with many people addicted to prescription drugs.
Suicides are also rising, especially among teens.
And don't get me started on the absolute corruption (greed, malice, lies, and sexual wickedness) in our government.
Islamist want to cut off our heads and take over the world for Allah
Christian persecution and murder are at an all time high
Families are turning on each other, parents murdering their kids and kids murdering their parents
Sex and blasphemy are all over our TV shows and movies
Child abuse and the child sex trade are exploding
Selfishness - it's all about "me" generation
Love growing cold - a recent story comes to mind of teens mocking and filming a drowning disabled man and letting him die

I could go on.... but most of you know all this already


Now it came about, when men began to multiply on the face of the land, and daughters were born to them, that the sons of God saw that the daughters of men were beautiful; and they took wives for themselves, whomever they chose. Then the Lord said, “My Spirit shall not strive with man forever, because he also is flesh; nevertheless his days shall be one hundred and twenty years.”  The Nephilim were on the earth in those days, and also afterward, when the sons of God came in to the daughters of men, and they bore children to them. Those were the mighty men who were of old, men of renown  Genesis 6:1-4

God looked on the earth, and behold, it was corrupt; for all flesh had corrupted their way upon the earth  Genesis 6:12

Things get a little weird here, so bear with me. Yes, this happened. Some Bible scholars will tell you that the phrase "sons of God" refers to the sons of Seth, who descended from Adam, but this just doesn't make sense (nor does it reflect the research on this topic.)  How could normal human beings mating and having children create "mighty men" or giants as the Israelites described the people living in the promised land? These "mighty men" were human-angel hybrids, and they are still with us.

The book of Enoch describes these beings, along with the fallen angels in great detail. The 2 videos I'm listing below are long...but if you're interested in the topic, you'll find them fascinating.  These fallen angels and their offspring play a huge part in end times deception, in my opinion.

If you're interested in the topic, this man has done a lot of research on Nephilim. Here's a 2 hour video he made on the topic.  His name is Trey Smith

Here's another video that explains what is happening today or this video.


I would also add here that the reason this upset God so much was because Satan was doing his best to corrupt the seed of mankind so that the Messiah could never be born!  If he could get fallen angel DNA mixed in with human DNA to the point where no woman had pure DNA, then Jesus could have never been conceived in Mary.  So, God had to put a stop to it.  This is what, I believe, is meant in the above Scripture that "all flesh had corrupted their way"


And the Lord said, “The outcry of Sodom and Gomorrah is indeed great, and their sin is exceedingly grave.  Genesis 18:20

In Genesis 19 we learn in excruciating detail just how evil Sodom was, at least one aspect of it. I'm sure there were many other sins being committed there that were horrible for such a cry to rise up to God in heaven, but violent homosexuality seems to have been the worst.

Reports indicate this number is rising every day and particularly with our Youth
(Which of course begs the question that if they can't reproduce and being gay is genetic, why is this happening?)

Though they aren't particularly violent now, I've seen a definite rise in the LGBT community demanding their rights at the expense of other people's rights.  This will only get worse.

If you're older than 40, you know how rapidly the LGBT community has risen.
This is a huge indicator that we are 'as in the days of lot' and very near the end.


After Noah received detail instructions from God to build the ark, it took him nearly 100 years to do so. Estimates of the time vary from 55-75 years. During that time, you can only imagine what the people who lived near him thought. I mean, I'm sure he couldn't hide a HUGE ark from them. Did he witness to them of the coming destruction? Scripture doesn't say. But since it tells us he was a righteous man, I assume that he must have tried to warn them, to tell them to give up their evil ways and turn back to God.

Can you imagine the mocking and scoffing he must have endured? He was building a huge boat in the middle of dry land. Some researchers say that it had never actually rained yet on earth, that there was a canopy of water that shielded the planet from the harsh rays of the sun and kept the environment humid. If that is true, then these people would have thought Noah was insane.

Though I can't relate to that level of mocking, I receive my fair share of taunting whenever I speak about end times. Members of my own family have called me crazy. My own Bible study has teased me for bringing up the rapture. I know there are other Christians and even some pastors who are continually mocked whenever they warn people of impending judgement.  I often get comments that say we are nowhere near the end.. that it's a long way off. Really?

Scoffers will come in the last days, walking according to their own lusts, and saying, “Where is the promise of His coming? For since the fathers fell asleep, all things continue as they were from the beginning of creation.” For this they willfully forget: that by the word of God the heavens were of old, and the earth standing out of water and in the water, by which the world that then existed perished, being flooded with water. But the heavens and the earth which are now preserved by the same word, are reserved for fire until the day of judgment and perdition of ungodly men.  2 Peter 3:3-7

Most people are oblivious to the coming destruction


Let me repeat the verse I posted at the top

People are continuing their lives as usual on planet earth just as they did in Noah's day and in Lot's. There are a few people sounding the alarm, yet nobody seems to be listening.  In both instances, the destruction that came was sudden and unexpected. And it says it will be that way when Jesus returns too.


So, what do you think? Does the state of this current world fit the "Days of Noah and Lot" ?