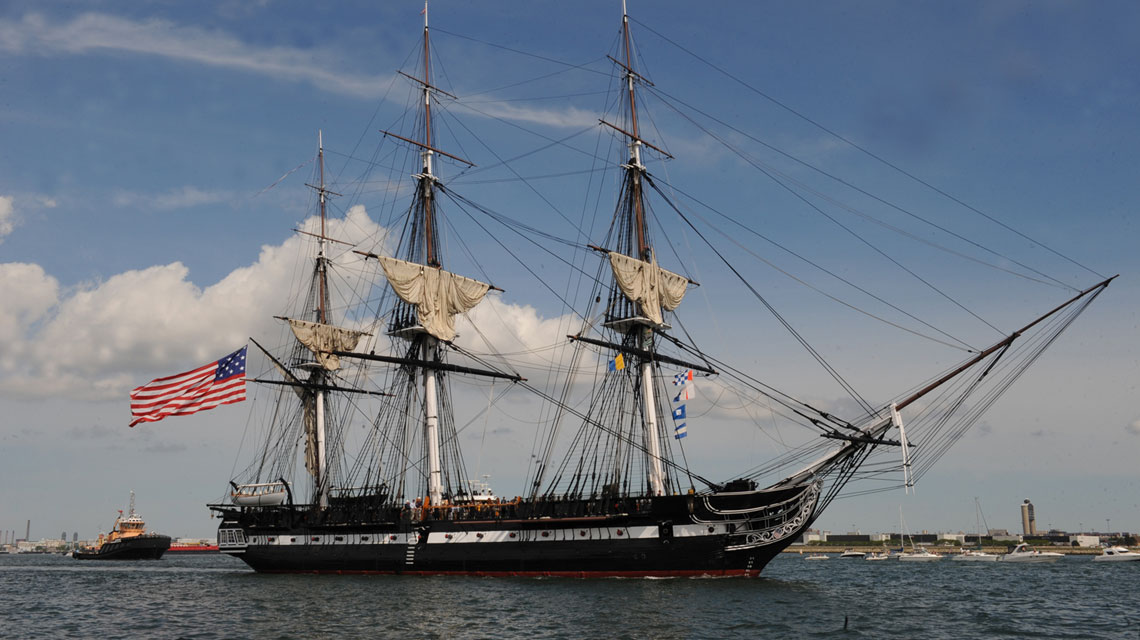 First set sail in 1797 and currently resides in Boston Harbor


Here's a little history for your enjoyment on this patriotic holiday

Captain Issac Hull of the USS Constitution was a Connecticut Yankee and the son of a Revolutionary brigadier general. He went to sea at an early age, and by 1798 became a ship master. Known for his quick thinking and natural talent for leadership, he obtained a commission as a lieutenant in the then-forming US. Navy on board the USS Constitution. During the next four years, he rose from fourth to first lieutenant serving through the Quasi-War with France. In May of 1804, he was promoted to master commandant and was appointed command of the US frigates, Chesapeake and President. But the Constitution was his favorite ship, and he received command of her again by the time war broke out on June 19th, 1812.

On August 19th 1812, Hull and the Constitution met HMS Guerriere, an enemy frigate. In a battle that lasted nearly four hours, Hull managed to outmaneuver and pound his foe to pieces.

This battle marked the first time an American ship had ever defeated a British man-of-war. Hull and his crew had shattered the myth of the British navy’s invincibility and gave credibility to the United State’s fledging navy. American navy captains gained confidence from this victory and went on to win more victories at sea. There were celebrations in every American city, and Hull was hailed a hero. Congress awarded him a gold medal. Since then, five ships in the U.S. Navy have been named for Commodore Hull.


Across the Atlantic, the British were shocked and dismayed. The London Times reported, “The Loss of the Guerriere spreads a degree of gloom through the town which it was painful to observe” Later, the newspaper stated that the British ship had fallen to “a new enemy, an enemy unaccustomed to such triumphs and likely to be rendered insolent and confident by them.”
In one final audacious statement, the London Times said: “There is one object to which our most strenuous efforts should be directed—the entire annihilation of the American Navy.”