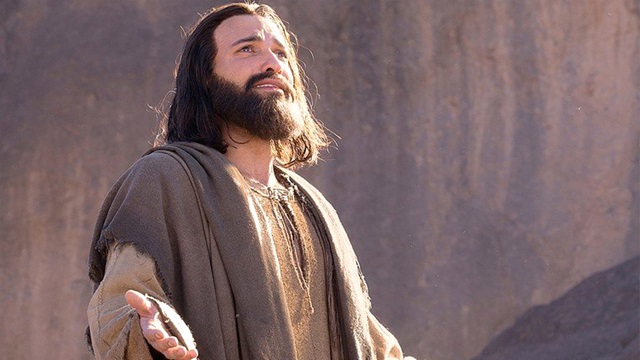 Many people claim to follow Jesus, or at the very least believe in Him. Yet, Jesus, Himself, along with the disciples, warned us that many would come in His name and deceive MANY, especially at the end of the age.

For many will come in My name, saying, ‘I am the Christ,’ and will deceive many. Matthew 24:5

But there were also false prophets among the people, even as there will be false teachers among you, who will secretly bring in destructive heresies, even denying the Lord who bought them, and bring on themselves swift destruction. 2 Peter 2:1

Notice Peter was talking about false teachers and prophets AMONG you. He's talking to the church here and warning that some pastors and teachers will not be preaching the right Jesus.

Believing and following the true Jesus is vitally important. For only in the name of Jesus, the Son of God, can we be saved.

Nor is there salvation in any other, for there is no other name under heaven given among men by which we must be saved. Acts 4:12

So, I thought it might be a good idea to list some of the "false" Jesus's who have been preached about from pulpits across the world.  Be careful as you read this list. Some of you might be offended, and I certainly don't wish that. My desire is to get you to question, to think, and to gain knowledge so you will be able to avoid deception

1. Muslim Jesus
Yes, the Muslims believe in Jesus. He is called Isa in the Quran. He is held in great esteem by Muslims and even called Messiah. Though the Muslim Jesus was tortured on the cross, he never died, and hence never rose again, and cannot save you from your sins. He is also subserviant to Mohammed.

2. Universalist Jesus
Jesus died and rose again, but he is just one of many prophets: Moses, Buddha, Jesus, Mohammed, Bahá'u'lláh, etc.  and hence, just one of the many ways one may reach nirvana, heaven, or enlightenment.

3.New Age Jesus
Just like universalist Jesus, he is just one of many prophets. He is often called an "Ascended Master", which is a being that may be seen as divine or even an alien creature who has overcome physical limitations.  This Jesus is often said to have died and then come back to life as Christianity teaches, but he never atoned for sin nor is he seen as necessary for salvation.

4.Mormon Jesus
Many well-meaning Mormons do not realize that the Jesus they worship is not the Jesus of the Bible. He is called the Son of God and said to have died and rose again for the sins of mankind, but if you dig deep into the history of Mormon teaching you quickly discover problems. Their god is not one, but one of many gods and who once was a man just like us who dwelt on the earth. Hence Jesus is not God in the flesh. In fact, Jesus is said to be the brother of Lucifer. Everyone can become a "god" if they follow the right path.

5.Jehovah's Witness Jesus
The Jesus the Jehovah Witness's believe in died for mankind's sins and rose again.  Yet if you dig deeper you discover that this Jesus is a replay of an ancient heresy called Arianism, which teaches that Jesus is not God.  He is a mere creation.

6. Secular Jesus
This is the belief of many in our culture today. Jesus was a nice guy, wise, kind, and loved people. He was a great prophet that was killed by the Romans for insurrection. He never rose again and he can't save anyone from their sins.

7. Santa Claus Jesus
Jesus loves you. He died for you. He wants you to have your best life now! He wants to heal you and make you wealthy and have all your desires satisfied. It's all about you! This is the prosperity gospel Jesus so many Christians cling to these days. And why not? It makes us feel good about ourselves and puts us on the throne instead of God. We treat God like He's there to answer all our prayers. And they've got the Scriptures to prove it!  I'm sorry, but this isn't the Jesus of the Bible. A quick read of the Scripture can prove that.

8. Relevant Jesus or Homeboy Jesus
This Jesus is hip and cool. He knows all the right lingo of the day. He's up on pop culture. He loves sports, movies, tv, and the latest music. He's in, man!  If you come to a church where this Jesus is preached, you'll be entertained with great music, plays, free donuts, and a hip pastor who gives sermons that entertain and incorporate culturally relevant media. This church doesn't judge you. They want you to see that Christians are just like everybody else.

9. Legalistic Jesus
This Jesus doesn't smoke, drink, cuss, or hang out those who do.  This Jesus demands that His true followers adhere to a strict list of rules, many of which are good things to do. But these rules become the criteria for salvation or at the very least for a sense of self-righteousness like the Pharisees had in Jesus's day.

10. Hyper-grace Jesus
This Jesus died for your sins and rose again, but requires nothing from you after you accept his sacrifice and believe in him. You can live any way you want because it's all covered with his grace. You can lie, cheat, steal, sleep around, be a practicing homosexual, whatever. It's all covered. You won't hear words like "sin, judgement, hell, or end times" in these churches. No, that would scare people away.

The real Jesus is the Jesus of the Bible. I was going to say New Testament, but in truth, Jesus is present throughout Scripture. He is God, one and yet three with His Father and the Holy Spirit. He is God in the flesh, and He came and died for our sins and then rose again and now sits at the right hand of the Father until God makes His enemies His footstool. He is the head of the church and the head of the body of Christ. He is the alpha and the omega, the beginning and end, and by Him and through Him all things were made that are made, both in heaven and on earth.

Yes, we are saved by grace, and yes, He loves us without measure, but it takes more than a mind "belief" in Him to be saved. It is an issue of the heart, a trust and a belief, and a commitment to follow Him and live our lives for Him. Not works, but a relationship with Him that makes us want to please Him.

He is our King and our Prince, and He is coming soon to reclaim His bride. If you have been following the wrong Jesus, repent, and receive the real Jesus today before it's too late. If you're in a church that doesn't preach the true Jesus, get out!  Read the Bible for yourself. Trust no man but the Holy Spirit within you to teach you. God promises that if we seek Him with all our hearts, we will find Him. Seek the true God today!