My experience with angels 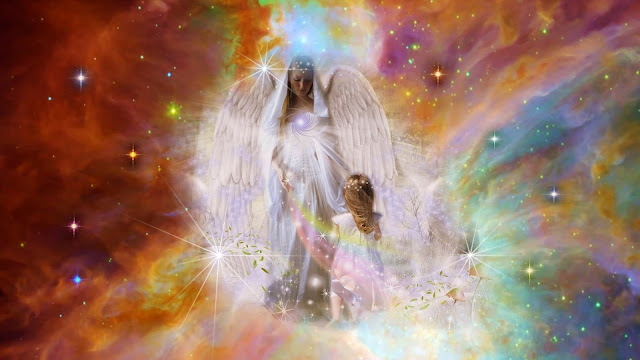 For He shall give His angels charge over you,
To keep you in all your ways.
In their hands they shall bear you up,
Lest you dash your foot against a stone.
Psalm 91:11-13

Angels have many roles in the Bible. Some are messengers, some protectors, some caregivers, some reapers of the harvest, and some warriors. Basically they are God's servants who do His will. They seem to be organized in a hierarchy as we see some angels' jobs are above others. For example some angels, such as the Seraphim, have the privilege of hanging around God's throne all the time. Other angels are called Archangels who have great responsibilities and rule over other angels. The Archangel Michael is in charge of the Jewish People (Daniel 12:1). Gabriel appears to be the one who bears important messages to people on earth. (Luke 1:19). There are three such archangels named in the Bible, and a 4th in the book of Enoch. Other angels are ranked beneath them and perform tasks of less importance.

I encourage you to go to Bible Gateway or some other Bible software and search for the word "angel" throughout the Scripture. You'll find that God uses angels quite often in His service, and sometimes their job was not so pleasant. In 2 Kings 19 an angel killed 185,000 Assyrians in their sleep, while in Acts 12, an angel releases Peter from prison. Also, an angel fed both Elijah and Jesus in the wilderness (1 Kings 19, Matt 4:11)

Here's a couple of interesting Scriptures


Do you not know that we shall judge angels? How much more, things that pertain to this life?  1 Corinthians 6:3

Currently we are a little below the angels in authority. Jesus, Himself, was born lower than the angels when He was here. (Hebrews 2:9)  But someday, we will sit above the angels and even judge them. I find that fascinating!

Do not forget to entertain strangers, for by so doing some have unwittingly entertained angels. Hebrews 13:2

I love that verse!  It pertains to some of my experiences too.

So, the question is, do we, as believers in Jesus, have angels who protect us?

I would say YES!  Based on Psalm 91 above and this verse here. (and my own experience)


“Take heed that you do not despise one of these little ones, for I say to you that in heaven their angels always see the face of My Father who is in heaven."  Matthew 18:10

Here, Jesus is clearly saying that children have their own angel assigned to watch over them. Why would that change as we grow into adults?

No, I have not seen an angel (at least not one that I know for certain), but I know trustworthy people  who have, my husband included. But these are my experiences:

Long ago when I worked a full time job at IBM, I used to get up early and go for a walk on the trail behind my house. I would usually use that time to pray. I rarely saw another person up there and if I did, it was a jogger or someone walking their dog, and I'd usually see the same people I knew from the neighborhood. One morning, it was misty out, sort of foggy and I was walking along, praying as usual, and out of the fog ahead of me appeared a woman, young, maybe in her 30's, dark hair, a pleasant face and she was walking the most beautiful dog I'd ever seen--an Alaskan Malamute, I think. She glanced up at me and said. "God Bless you" and then passed by. Now, NOBODY here in California says "God Bless you"!   So, I was shocked speechless. By the time I turned around, I could barely see her fading into the fog. I'd never seen her before and I haven't since. Was she an angel? I don't know, but I have a feeling she was. :-)

This is a strange story:
Before I was saved, in my twenties, I was traveling alone from California to Florida to visit family. After several delayed flights, etc, I ended up in Atlanta in the middle of the night. I had missed my connection and there were no more flights until the morning. In those days, the airport shut down for the night, but I had no money for a taxi or a hotel. I was really scared. So, I curled up on a bench in the women's bathroom, planning to get a bit of sleep with one eye open. When I went out to get some water, a man approached me and asked what I was doing. I told him my predicament and he got one of those airport carts and told me to get in. He was probably in his 30's at the time. He worked for the airport, or so he said... and told me he'd put me up in a hotel. Mind you, I was very suspicious but for some reason I followed him. He got me a beautiful room in a hotel attached to the airport and then in the morning he came by to give me my airline tickets. He had bumped me up to first class. When I got on the flight I was given bagels and lox and fresh orange juice. (Yes, they used to do that for first class) The seats were huge and comfortable and the rest of my trip went great.  I've never forgotten that man and his kindness. He never asked anything from me, never made an inappropriate move. After I got saved, I came to believe he was an angel, sent by God to protect me.

My husband actually saw an angel spreading its wings over our Bible study one night.

Last angel story.
My husband and I were traveling to Annapolis, MD to see our daughter who was in the Naval academy at that time. We were in a rental car going over an overpass over a freeway planning to make a left turn onto the onramp of that same freeway. As we were turning left we had to cross a street going the other way. There was a red car speeding toward us. I mean, it was racing. My husband didn't see it and continued across the street. I shouted, "Jesus!" and shoved my feet against the floor of the car. Believe me, this car was going to hit us. There was no doubt in my mind. I saw something flash before my eyes. My husband kept asking me what was wrong? I looked to the left and there the car was speeding off. I told him I thought we were dead and he just shrugged. And the weird thing was, there was a cut on my ankle. I have no idea how it got there, but I honestly believe an angel picked up that car and supernaturally sped it through ours without hurting us. You may remember that I put a similar scene in my book, When Angels Cry. :-)   To this day, I have no doubt that was an angel.

Do I believe we have angels watching over us? Yes, I do. I believe they are with us all the time. We should not talk to them (unless they speak to us first), we should never pray to them, and we cannot command them. They answer only to God.  But they are here for our protection and help because God loves us so much.

Are they not all ministering spirits sent forth to minister for those who will inherit salvation?  Hebrews 1:14

We should never be obsessed with angels. Our focus must be on God. But it sure makes me feel loved that my Father has assigned me such an awesome bodyguard!