My experience with demons 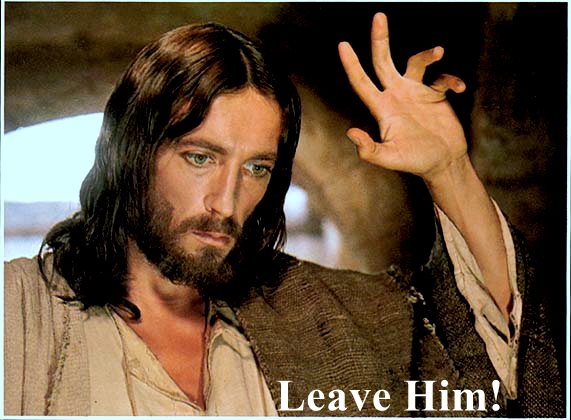 Do you realize that Jesus spent more of His time casting out demons than healing people? The Apostles also did their fair share of dealing with demons. Then, why do we rarely, if ever, hear anything about them from the pulpits of America? Did these vile spiritual creatures suddenly vacate the planet after the Apostles died? Did they have a change of heart and decide they didn't enjoy torturing humans but would rather sit quietly in the fires of hell?

I was privileged during a few years as a teen to be able to attend a rather interesting church in South Florida called the Good News Fellowship, pastored by the likes of Derek Prince, Bob Mumford, Don Basham and others. During that time I witnessed such things as tongues, interpretation, healing, prophecy and demon deliverance. It was an amazing time and I wish it had lasted. But like all things, the devil got involved with some false theology and the group split up. All that to say that I knew from that time on that demons existed and that they were in full operation today.

What are demons, anyway? Where did they come from? There are many theories out there, the prevailing one among theologians is that they are fallen angels. But that doesn't make sense. Fallen angels already have spirit-bodies are are not in need of another. My personal belief after much research is that these demons are the spirits of the dead Nephilim, which, if you remember, were the offspring of the fallen angels and human women. When they died, these evil spirits were set free on the earth and are constantly looking for a body to inhabit. Regardless of where they came from, demons do exist and their number one goal is YOUR destruction. They hate humans because we are made in the image of God and because God offered us redemption and denied the same to them.

Why do we not hear more about them today? Let me put it this way: Satan's greatest tactic is to make you believe he doesn't exist.

I never encountered any demons head on until my husband got saved thirteen years ago. His salvation experience was so miraculous, dramatic, and quick that the demons inhabiting him were apparently caught off guard and fled him in great numbers, and always during the night when he was asleep. For several weeks after he gave His life to the Lord, I would wake up to loud groaning and moaning coming from my husband. I mean, loud!  The first time it took me a minute to figure out what was happening, but then I started praying and saying the name of Jesus. I didn't want them to come on me!  My husband had never ever made such sounds in his sleep and I honestly believe it was the demons angry that they had to leave him because I'm sure the Holy Spirit was cleaning house. Also my husband said he had nightmares of ghoulish looking creatures shoving their faces in his and screaming at him. Also, just after he got saved, he saw what he describes as shadowy figures darting across the path he was walking on.

I've since come to realize that these evil beings are everywhere, looking for any opportunity to break through our armor of light. If you've read my book, When Angels Cry, you may remember the scene where the demon of fear is circling the heroine anticipating her invitation for him to come in. Do you realize that when we give into fear, doubt, worry, hatred, etc, that we are extending an invitation for that demon to enter us? Our sin creates a break in the light around us wherein they can slither through. Once they get in us, their job is to increase that sin.. make us fear more, hate more and act on our sinful desires. You may think I'm crazy, but this is no joke. I've felt these creatures come on me when I've given into thoughts and feelings I shouldn't be having.

But wait, Christians can't be inhabited by demons! My experience has been otherwise. Besides, if that were true, why do they bother to try to get in?  I don't believe a true believer can be possessed by demons, but I believe IF WE ALLOW them, they can inhabit parts of our personalities.

Here's another true story that happened to me.
My husband and I were on our 20th Anniversary trip to Jamaica. Honestly, don't go to Jamaica. I could tell the minute we got off the plane that something very dark lives on that island. There's a history of witchcraft and vodoo that still permeates the culture and keeps the forces of darkness active.  Anyway we stayed at a Sandals and had a lovely week. On our last day there, completely out of the blue, we got into this HUGE fight. I mean. huge. I had been reading my Bible daily while there and praying as usual, and I had just spent a few minutes with one of the workers at the resort, telling him about Jesus. Then boom, my husband got mad about something utterly ridiculous. I should have realized what was happening but I didn't. So, we fought. It went on for hours until finally we sort of made up and went to bed. (Now I realize that the demons were furious at me witnessing so they used something from my husband's past to get him angry at me)

In the middle of the night I was awakened by flashes of light. You know how you're in that deep sleep and you sense something going on but you don't really care? But it kept happening. flashes going off behind my eyelids. So, I finally opened my eyes and saw lights in our hotel room going on and off, on and off. It was insane!  I got real scared, but at that moment, my husband who was still asleep starting groaning like he used to do after he first got saved. Then, I realized what was happening and I quickly said. "Out, in the name of Jesus!"

Boom, everything went dark! The lights shut off. My husband stopped groaning. In fact, it was funny because he said  "Thank you" to me and then we both went to sleep. In the morning, he told me that he was having this horrible nightmare. He was pinned against a wall and a raven was pecking out his eyeballs. Then he heard me shout the name of Jesus and he woke up.

Do we Christians realize the power in the name of Jesus?  I honestly didn't until that moment. Just saying His name made those host of demons leave immediately. They didn't argue, didn't stick around to cause more trouble, didn't hesitate whatsoever. They just left!

That's why I no longer fear them. They are defeated foes. They may still try to cause me problems, and sometimes I may even inadvertently allow them access during a weak moment, but I've come now to recognize them. And all it takes is one command to leave in Jesus's name and they have no choice.

By the way, one way to feel their influence is whenever you feel an overwhelming, uncontrollable desire to do or say something you know is wrong. I'm not trying to make excuses for our own sinful behavior. We start the process by thinking or doing something we know is wrong... then if we continue, the demon comes in and gives us that almost uncontrollable push to continue. That's when we need to have the strength to cast it away and then change course.

If you aren't a believer and follower of Jesus, you have no power over these creatures. You can say the name of Jesus over and over but it won't matter unless it comes from a Christian.  (See Acts 19). If you want to know how to become a follower of Jesus, click here.

I didn't focus on demons very much in my book, When Angels Cry, because honestly I didn't want to give them much stage time. I preferred to focus on God's Angels, which I will do in next week's post. I've had some encounters with them as well!  And it was far more pleasant. 😀