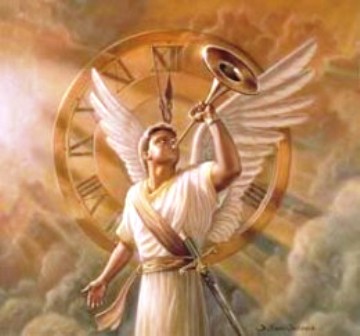 Rosh Hashana or the Feast of Trumpets is the birthday of the universe, the day God created Adam and Eve, and it’s celebrated on the first two days of the Jewish new year, Tishrei 1 and 2, beginning at sundown on the eve of Tishrei 1. Rosh Hashanah 2017 begins at sundown on September 20 and continues through nightfall on September 22 . It is celebrated by candle lighting in the evenings, festive meals with sweet delicacies during the night and day, prayer services that include the sounding of the ram’s horn (shofar) on both mornings, and desisting from creative work.

Jewish names and themes of Rosh Hashana (Feast of Trumpets)


Yeah, my jaw dropped too. And yes, I believe the rapture will occur on this "appointment" or feast day one of these years. This year? I don't know. If you're reading this after Saturday, the 23rd, then No. LOL.  But regardless, I believe it's close.

Now, for the news! The things that really struck me this week were all the storms and earthquakes! Now we also have Jose and Maria too

Big Brother/Tech/Mark of the Beast


Have a blessed Rosh Hashana and a lovely weekend!