Want to be an Overcomer? 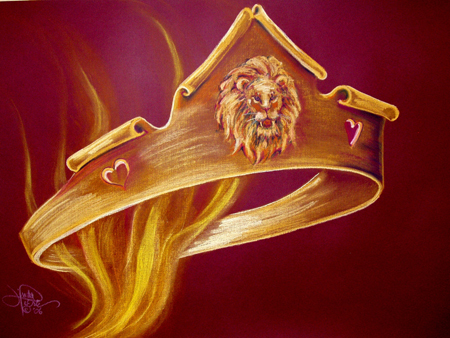 Of course you do!  Who wouldn't want to be an overcomer? An overcomer is someone who is victorious over their enemies, who successfully defeats a problem, who makes it to the end of the race. An overcomer is a winner.

Overcoming, however, is not an easy task. Ask any successful person. It takes dedication, hard work, time, and perseverance.

The Bible says much about overcoming, but what are Christians supposed to overcome? I would say three major things:

Do not be overcome by evil, but overcome evil with good. Romans 12:21

In 1 John 4, the apostle is speaking about the spirits of antichrist when he says:
You are of God, little children, and have overcome them, because He who is in you is greater than he who is in the world.


For whatever is born of God overcomes the world. And this is the victory that has overcome the world—our faith. 1 John 5:4

So, it appears from these verses that if we have faith in Jesus and if He lives within us, then we have overcome the world.  But is it really that simple? I don't know about you, but I don't often feel like an overcomer. Usually, I feel swamped with stresses, temptations, sins, and struggles.

The truth of the matter is, we are still running the race, we are still in the battle. So, in reality, we haven't yet overcome anything. We are in the process of overcoming, right? But we aren't there yet. While we are still here on earth in our fallen state, we may have several small victories over sin, the world, and the devil, but we haven't yet won the final battle. We will finally be true overcomers when we get to heaven.

Yet, as I said above, overcoming requires commitment, hard work, sacrifice, and perseverance.  That would imply that we, as Christians, can't just receive Jesus, believe in Him, and then rest on our laurels. We have to fight to keep the faith. We must be obedient to our Lord.

You therefore must endure hardship as a good soldier of Jesus Christ.  No one engaged in warfare entangles himself with the affairs of this life, that he may please him who enlisted him as a soldier.  And also if anyone competes in athletics, he is not crowned unless he competes according to the rules. 2 Timothy 2:3-5

In Revelation 2-3, we are given the perfect description of what an Overcomer is NOT and also what we receive if we are Overcomers.   I encourage you to study these Scriptures on your own, but for now, I'll summarize.

Sin: Lost their first love  a.k.a They love the world more than Jesus
Admonition: Remember therefore from where you have fallen; repent and do the first works
Punishment if they don't repent:  Their "church" will be removed from before the throne of God.  I'm not exactly sure what this means, but it can't be good.
Reward for Overcoming: They get to eat of the Tree of Life in the paradise of God

Sin: None
Admonition: Be Faithful until death
Punishment: None
Reward for Overcoming: Each get the crown of life and can't be touched by second death (hell)

Sin: Compromising with the world, holding to false doctrines and sexual immorality
Admonition: Repent!
Punishment: Jesus will fight them with the sword of His mouth
Reward for Overcoming: Hidden manna, a white stone with a new name written on it

Sin: Corruption, adultery, sexual immorality, allowing false prophets and satanic doctrines
Admonition: Repent and then hold fast till Jesus returns
Punishment: Cast into Great Tribulation
Reward for Overcoming: And he who overcomes, and keeps My works until the end, Jesus grants them to rule the nations alongside Him

Sin:  Dead church
Admonition: Be watchful, and strengthen the things which remain, that are ready to die. Hold fast and repent
Punishment: Therefore if you will not watch, I will come upon you as a thief, and you will not know what hour I will come upon you. (They won't know the timing of the rapture)
Reward for Overcoming: Clothed in white garments and their names will not be blotted out of the Book of Life, and Jesus will confess their names before the Father

Sin: None
Admonition:   Because you have kept My command to persevere, I also will keep you from the hour of trial which shall come upon the whole world, to test those who dwell on the earth.  Behold, I am coming quickly! Hold fast what you have, that no one may take your crown.
Punishment for not holding fast: Jesus will NOT keep them from the tribulation. In other words, they will not be raptured out of here.
Reward for Overcoming:
I will make him a pillar in the temple of My God, and he shall go out no more. I will write on him the name of My God and the name of the city of My God, the New Jerusalem, which comes down out of heaven from My God. And I will write on him My new name.

Sin  Lukewarm. They think they have everything but they are naked, wretched, poor, and blind.
Admonition:Therefore be zealous and repent.
Punishment: Jesus will vomit them out of His mouth.
Reward for Overcoming:  They will get to sit with Jesus on His throne

Let me further simplify this.
If Jesus is not first in your life, if you follow false doctrines, if you are sexually immoral, if you are compromising with the world, if you are lukewarm or dead in your faith, you will not be an Overcomer.

Punishments for not Overcoming: Removed from before the throne of God, Jesus will fight you Himself, Cast into the Great Tribulation, Jesus will return when you don't expect Him,  and Jesus will vomit you out of His mouth.

I'm not trying to be cruel here or scare anyone, I'm just telling you what the Bible says. We are coming near the end of the age, and these Scriptures mean more now than ever. There are consequences for not living a life of faith. And they are dire consequences.

In closing, what does it take to be an Overcomer?
Repent and put your faith in Jesus, Love the Lord your God with all your heart. put Him first, and obey Him and His Word to the best of your ability.  Then Hold fast what you have, that no one may take your crown!  Be faithful until death